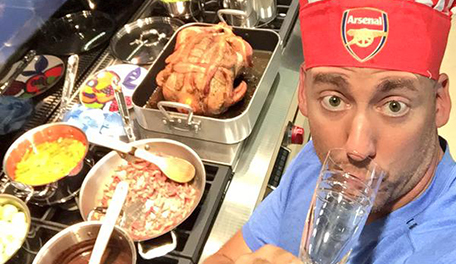 If you are somehow at this stage unaware, Ian Poulter is a social media animal. At no point do I ever have to wonder where he is, who he is mad at, what he is eating, or where I can purchase his book.

And so, in the spirit of the holidays, we bring you this blow-by-blow, tweet-by-tweet digest of the making of Christmas Dinner with Ian James Poulter. Commentary interspersed:

All the veggies are ready & prepped, Turkey been in for a few hours. Time for a glass of bubbly. Merry Christmas all. pic.twitter.com/prrt0NDt2D

Merry Christmas folks and Cheers to you all.... pic.twitter.com/1tiGVOU8E1

I have accepted this as an invitation to start drinking. New Belgium Fat Tire Amber Ale. Cheers, Ian.

I don't want to accuse him of forgetting the cheese whiz for the broccoli. I'm merely stating I don't see it anywhere. Speaking of cheese whiz, I'm contemplating Christmas nachos.

Prepping the Turkey earlier...... Coating it up with bacon. Stuffed with Lemons & Herb Lemon butter under the skin. pic.twitter.com/DRllbgh1Um

You are looking at Team Europe's inspirational locker room artwork for 2016.

Per the Goose Fat Information Service, "Although animal fats are often considered to be ‘bad fats,’ goose fat is one of the better ones and contains far fewer saturated fats than butter or lard. Goose Fat contains 32.7g Saturated Fat per 100g compared with 54g for Butter and 40.8g for Lard." More information can be found at www.goosefat.co.uk.

Oh yes the hat has come out to play. Come on Arsenal..... pic.twitter.com/cormojokJr

The Gunners are coming off a 2-2 draw with Liverpool and will do battle with Queens Park on Friday. Kick is scheduled for 12:30 ET on NBC Sports Network (company plug).

It's now getting very busy in the kitchen, dodging Lilly on her frozen bike, and Enzo sniffing for anything dropped. pic.twitter.com/aOyW0shPsQ

I, too, am watching Spurs-Thunder! And I, too, want that bike. Let it go, Nick. Let it go.

It's also now clear to me that he's probably just watching ABC and hasn't changed the channel since this exercise began. A belated "what's up" to Enzo the Dog.

Since, much to my dismay, Poulter eventually stopped tweeting his every move, we'll end it here, with these Instagrams of his pre-dinner dining room table and sunset-backed Christmas tree:

As this has all been in good fun, we'd like to thank Mr. Poulter for inviting his 1.8 million Twitter followers into his home and we wish his family a very Merry Christmas.

Happy Holidays to you and yours and a Happy New Year from all of us here at the Grill Room. 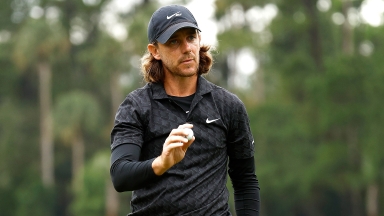 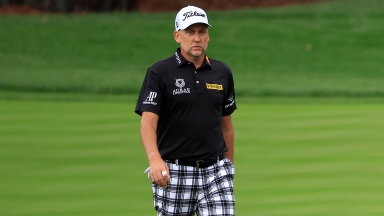 Ian Poulter placed his tee shot 3 feet from the hole and scurried to the famous island green to convert his birdie putt, like 2011. 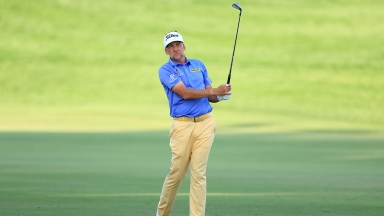 Ian Poulter wore blue and yellow in support of Ukraine on Thursday at the Arnold Palmer Invitational.