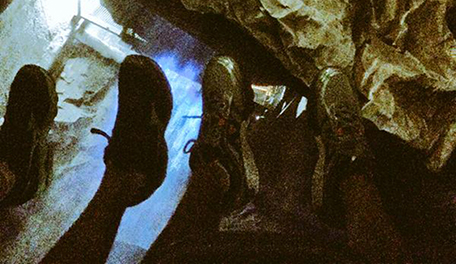 Peter Uihlein is in desperate need of some kind of "get me out of here" spell.

Uihlein tweeted the following picture from Universal Studios just before Noon on Friday:

Hey @UniStudios were stuck sitting upside down in the Harry potter ride. Wanna fix this?? Thanks pic.twitter.com/S5FPhY4ybv

1. The tweet is directed at the Universal Studios Hollywood account, but the Wizarding World of Harry Potter can only be found in Orlando.

2. As it is the Holiday season, both sections of the Wizarding World have been jammed. The Hogsmeade area at Islands of Adventure - where Uihlein is currently stuck on "Harry Potter and the Forbidden Journey" - has been reaching max capacity of late, with theme-park attendees standing in line to get tickets to come back later. I waited to board this exact ride for approximately 90 minutes on Tuesday, and wait times have been going over two hours. This means it is concievable Uihlein waited two hours, then got stuck (although I imagine he probably sprung for the Express Pass).

4. This picture shouldn't exist. Peter and I both know you're not supposed to have anything in your pockets on this ride and that all valuables were supposed to be placed in the free lockers offered mid-way through the waiting line. I know this because I also snuck my phone on.

5. If you intend on visiting Hogsmeade in the future, get on Dragon Challenge and sit in the front row. It's better.

6. Maybe it was actually a chocolate frog that attacked Uihlein earlier this year?

Updates if we get 'em. 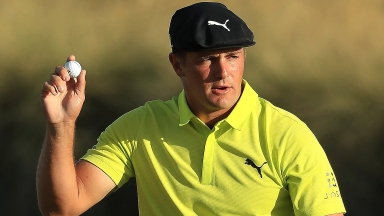 Bryson DeChambeau birdied four of the last six holes Saturday for a share of the lead with Peter Uihlein in the Shriners Hospitals For Children Open. 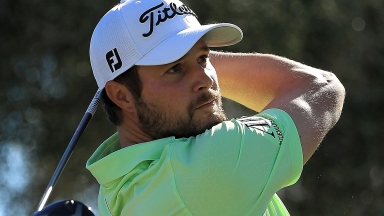 After taking the lead with an opening 63, Peter Uihlein remains the man to beat at the halfway point of the Shriners Hospitals for Children Open. 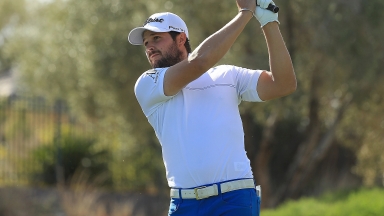 Peter Uihlein chalked up his recent poor play to a "lazy" mindset, but now he leads in Las Vegas after an opening 63.