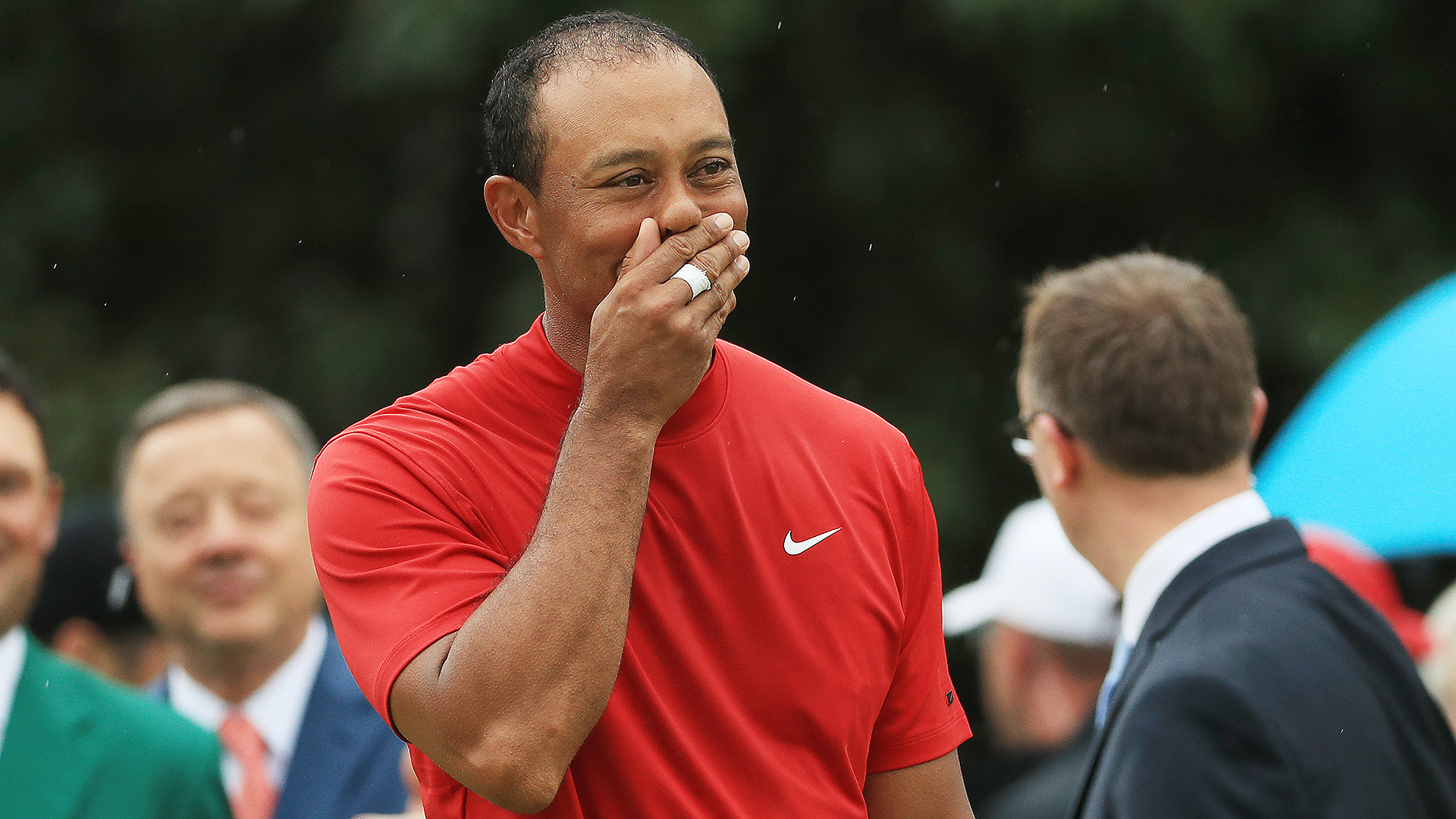 That’s what started it all, just a search to clearly define the word because you think you know exactly what something means and then someone says, you sure about that? Wikipedia is sure about everything and it says the word originates from a Greek combination – nostos, a Homeric word meaning “homecoming” and algos, meaning “pain” or “ache”. That sounds a bit odd, no, because doesn’t nostalgia evoke positive memories? That, apparently, is the evolution of the word’s definition. Nostalgia originally meant homesickness, and if you took AP Lit you’re familiar with Homer and “The Odyssey," at least vaguely so in the fact that you were forced to read it, like “Beowulf” and “Wuthering Heights,” and your recollection is such: It was about a guy trying to get home, right? Well, let’s check to make sure, because there’s Wikipedia, and there it is, the story of Odysseus [Ulysses in Latin], the king of Ithaca, and his formidable journey home after the fall of Troy.

That one went unread. But remember when all those lists came out at the turn of the century, the 100 greatest novels of all-time, the 100 greatest movies and songs and such? “Ulysses” was routinely listed No. 1 – the greatest written work of all time and it wasn’t authored by Trump, who has all the best words, but by James Joyce. The novel focuses on one day in the life of Leopold Bloom and corresponds, in its own time and events, to “The Odyssey,” with the final episodes, Part III, called Nostos – heard that word before – written in a stream of consciousness narrative, which is where we’re trapped right now because the internet is a sucking wormhole that takes you so deep underwater you don’t know which way to swim out.

He’s what this is about. He’s always what this is about, whatever this is. Gotta work late? Tiger Woods. Gotta work early? Tiger Woods. Gotta work weekends? Tiger Woods. Gotta job at all. Tiger Woods. So maybe he’d just prefer you said thank you and went on your way. So, Tiger. Yes, Tiger. That was quite something on Sunday. So much of it looked familiar. You recall in earnest the red mock turtleneck he wore when he won the Masters in 2005 and if you didn’t then there were 74 clever little golf writers to tweet out the 14-year comparison just to make sure. So cute and clever they are. Someone said Nike sold out of those shirts on Sunday, those horrible, horrible looking shirts. What’s old is new and, congratulations, you don’t look hip or ironic, you look like Uncle Rico, who could throw a football over a mountain, an impressive feat but underwhelming compared to winning five times around Augusta National, a place we all know whether we’ve walked it or not, because we’ve been observing it for years and decades and now, thanks to an acceptance of technology, we know more about it than ever before.

It was everywhere on Sunday, even if the circumstance surrounding the final round of the 83rd Masters Tournament presented a unique – by definition, actually unique – environment. The familiarity might not have existed in the start, but it was there in the finish. It might not have been there with the groupings, but it existed among those contending. It was in the methodically assertive way in which Tiger played. It was in the maddeningly acquiescent way in which his opponents countered. Six players in the final two groups, four go in the water, one doesn’t matter, and one picks up two shots and ties for the lead by making par. Only one could be Tiger. 2005? Yeah, it might have looked like that in Tiger’s dress. 1986? Yeah, it might have looked like that in legendary symmetry. But that familiarity was more like 2002, when Tiger grinded to a green jacket by beating a handful of future Hall of Famers by barely breaking par. He didn’t wear the mock turtle back then. It was the ultra-baggy collared shirt with the pleated pants. Tiger really hasn’t had many good looks through the years, but what a sight that was after he won. Beyond the exhalations and gesticulations, those of which we have seen and enjoyed before, there were the embraces. We’ve enjoyed those as well, but this time Tiger was Pops and Tiger will tell you that hugs don’t last forever. People pass and you don’t get to hug them anymore. This hurts. A lot. It hurts when something makes the mind recollect and you recall the hugs you used to have but never will again. So you hug the ones you can, while you can, because, yeah, hugs don’t last forever. And so you hold on a little tighter and a little longer when you get the chance.

Yeah, you. Why are you crying? Why does Tiger Woods winning a golf tournament make you gooey inside? Maybe it’s because of the arduous journey he’s taken. Maybe it’s because winning again at Augusta felt like a homecoming after all he’s endured. Maybe because it allowed you to recall all those times he’s entertained you over the years, all those times he’s wowed you, all those times he made to realize that what you were witnessing was unprecedented and likely to never be duplicated. Maybe he made you feel a sentimental longing, a wistful affection for the past, for a period with happy personal associations.

There’s a word for that. 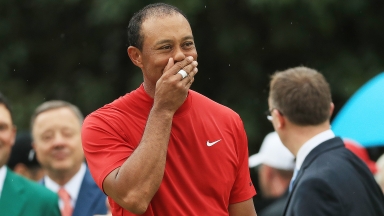 Eleven days after he slipped on his fifth green jacket, Tiger Woods says his Masters win still hasn’t sunk in. 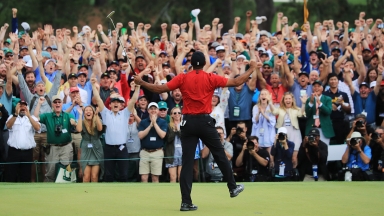 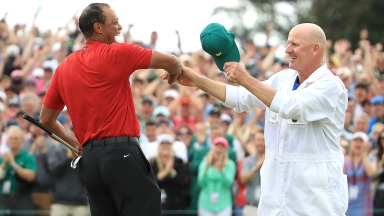 LaCava: What Tiger said; PGA to be 'off the hook'

Joe LaCava said Tiger Woods sent him a text after Woods won the Masters and that the two men are excited for what lies ahead.