Bryson DeChambeau and Brooks Koepka hug as players sing, 'Why can't we be friends' 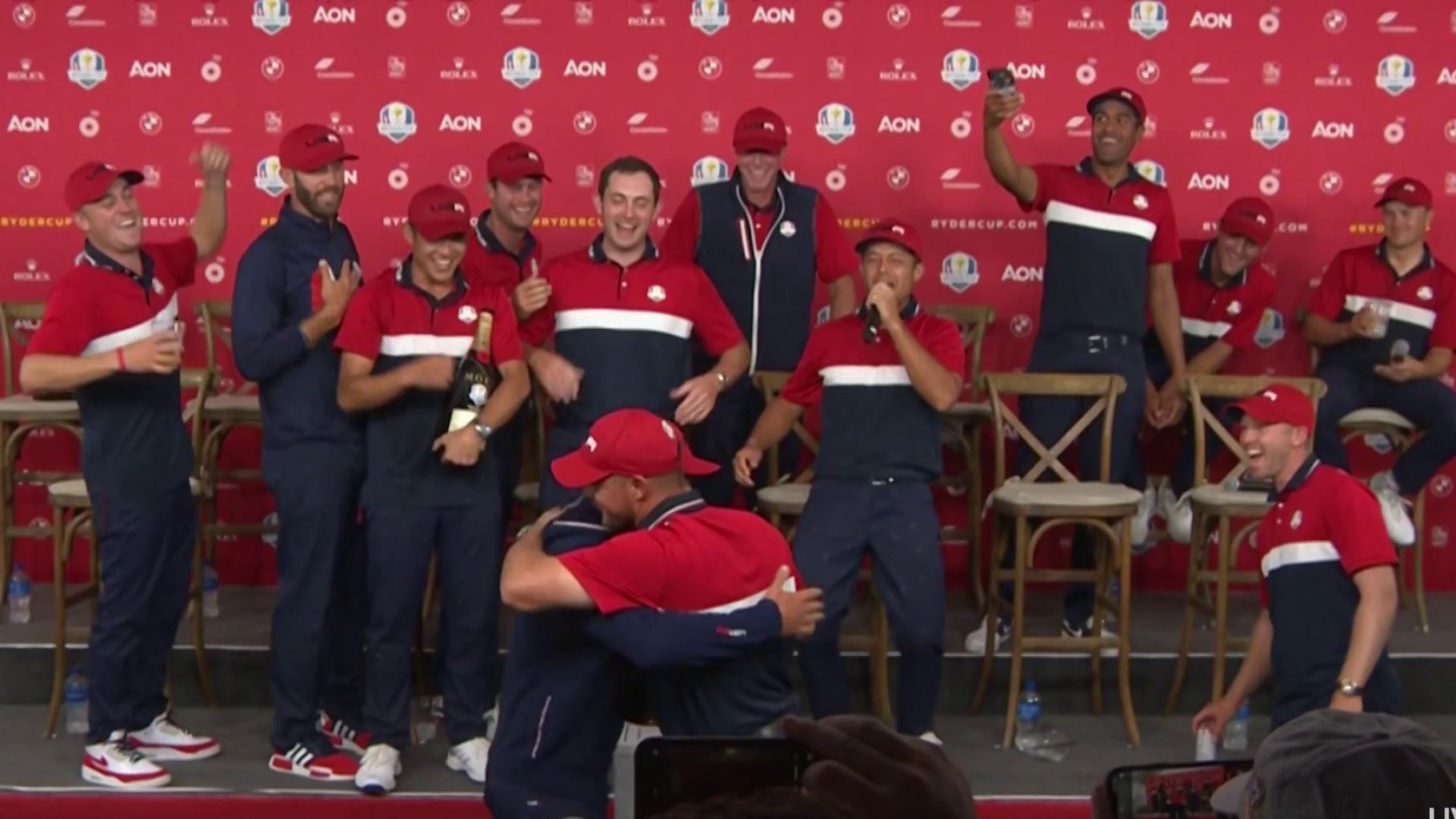 This wasn’t the closing ceremony or the after-party at the Ryder Cup, it was the American team’s press conference and the U.S. side had just capped off a rambling and alcohol-fueled Q&A with a strange request.

“I think before this is all over we should have Brooks and Bryson hug in the middle of the room. To prove how much of a team we are, they are going to hug,” Justin Thomas declared with a wide smile.

But following the U.S.’s commanding 19-9 victory over the Europeans at Whistling Straits, the questions of team unity and camaraderie were put to rest. So much so that Thomas saw his chance.

DeChambeau and Koepka hugged while holding the Ryder Cup with the rest of the team singing, “Why can’t we be friends.” 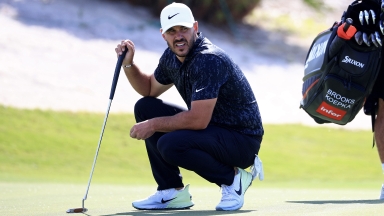 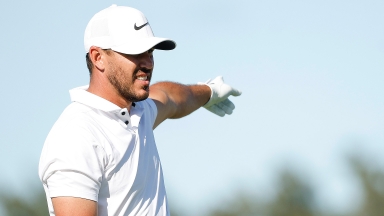 For the second day in a row, the shortest par 4 on the Plantation Course at Kapalua bit Brooks Koepka. 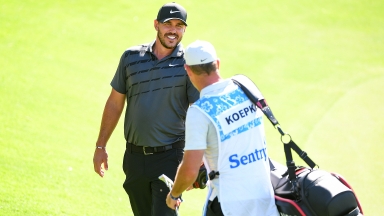 Despite 'one bad swing,' Koepka fires 68

Brooks Koepka has struggled in the first round of the Sentry Tournament of Champions. But not on this Thursday.