Recap: Despite a fight from Team USA, the Euros lead by 2 going into singles 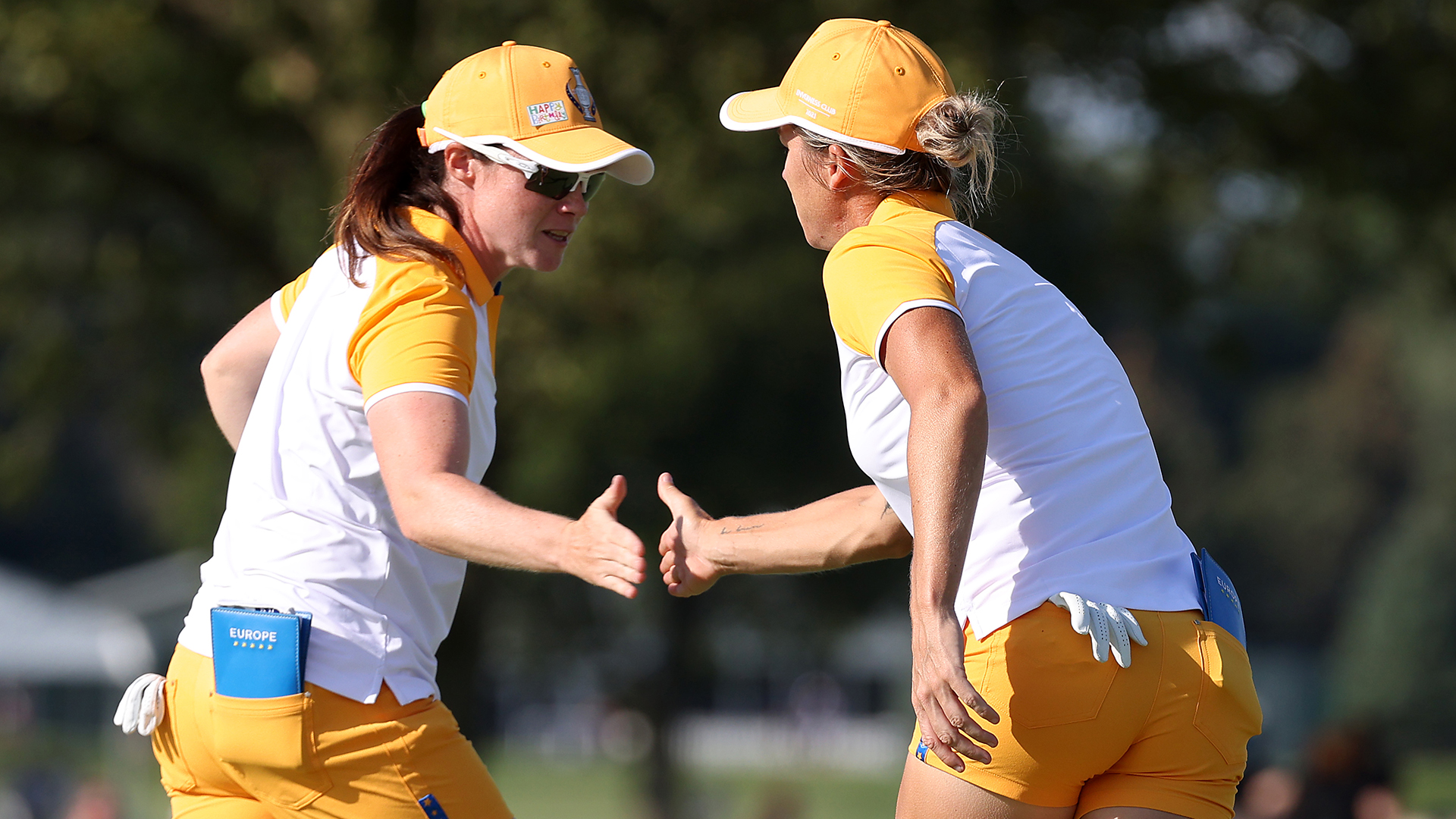 Inverness Club proved to be a test of stamina and endurance Sunday afternoon for the Solheim Cup players, but the European team remained in the driver's seat with a 9-7 lead going into the singles matches on Monday.

Here's how the afternoon fourballs unfolded:

The two USA rookies Yealimi Noh and Mina Harigae made a statement win in their afternoon fourball match with a 3-and-1 victory against Celine Boutier and Sophia Popov.

“Us being rookies we were ready to come out here and win a match,” said Noh. “Mina played so great out here today.”

The pair were 3 up after nine holes and then preceded to lose Nos. 10, 12 and 13. Birdies on Nos. 14 and 16 brought them back to 2 up, and a two-putt par for Noh secured the first point for Team USA in the afternoon.

A back-and-forth match between between Carlota Ciganda and Nanna Koerstz Madsen against Jessica Korda and Megan Khang made it uncertain who was going to come out victorious.

Korda and Khang were 2 up after nine holes, but Ciganda and Madsen closed that gap with a birdie on No. 12 and another on No. 15 to head into the 18th hole with a 1-up lead. Two missed birdie putts by Korda and Khang secured the victory for Team European after Ciganda tapped in her par putt.

“We knew it was going to be loud out there so we are quite happy to get at least two points on the board,” said Ciganda.

This was another match that came down to the wire and ended in a riveting half point. Jennifer Kupcho and Lizette Salas were down early after a birdie from Leona Maguire on No. 1, but they fought back with wins on Nos. 4 and 6 to go 1 up. Two holes later Maguire and her partner Mel Reid birdied No. 9 to tie the match and the ham-and-egg match continued.

Things looked grim for Team USA on No. 17 with Salas out of the hole and Reid sitting close for birdie. Kupcho sat just long left off the green and proved to have nerves of steel when she chipped in for birdie. Reid missed her putt and Team USA were now 1 up going into No. 18.

Then Reid pulled off the unthinkable. Just 136 yards from the flag, her golf ball nicked the edge of the left bunker and trickled down to two feet. Kupcho and Salas miss their birdie putts and Reid taps in her putt to win the hole and tie the match.

The anchor match had an early end for Team USA’s Danielle Kang and Austin Ernst. Despite being 1 up through five holes, Charley Hull and Emily Pedersen dominated the rest of the match with birdies on Nos. 7, 8, 11 and 12.

Kang and Ernst gave a glimmer of hope with a birdie on No. 16, but Pedersen rolled in her birdie putt to win the match and keep the European team in the lead for singles on Monday. 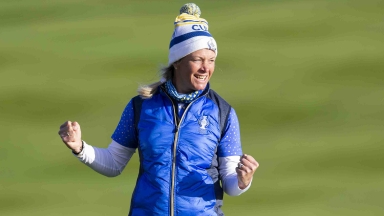 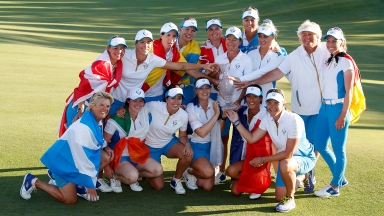