It's gotta be the shoes: Jon Rahm reveals 'game-changer' for ball-striking 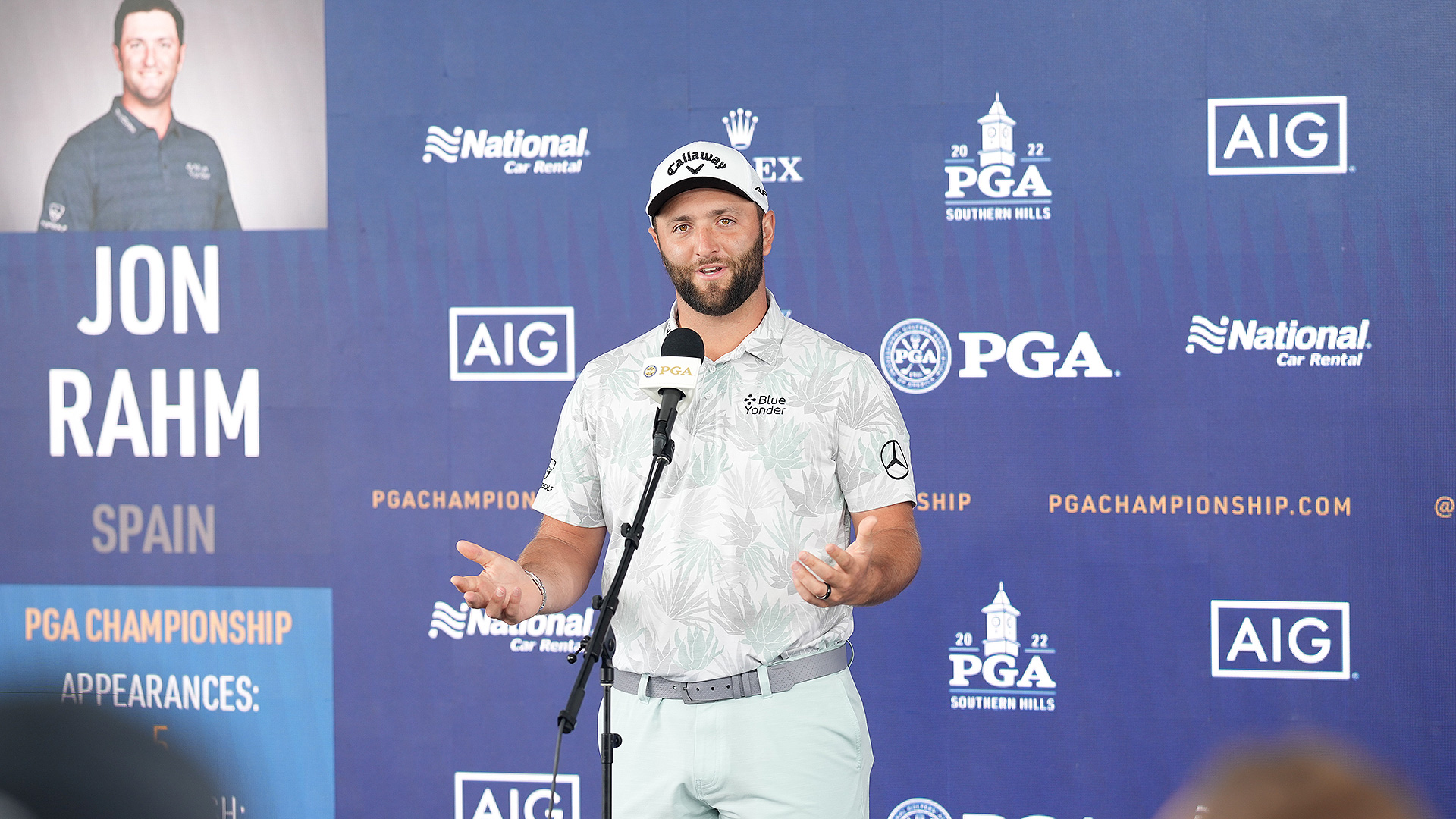 TULSA, Okla. – Jon Rahm’s strength is even more pronounced this year. One of the game’s elite drivers over the past few seasons, he has taken his ball-striking to the next level and leads the PGA Tour in strokes gained: off the tee.

“I haven’t changed anything, personally,” he said Tuesday ahead of the PGA Championship.

But then he clarified that’s not quite true.

First, the stats: This season, Rahm is gaining a Tour-best 1.31 strokes per round off the tee – nearly a half-shot improvement over last season, when he ranked second on Tour. He’s more than seven yards longer, averaging 316.7 yards a pop. And he’s picked up 2 mph in swing speed, up to 120 mph, not insignificant when, at the highest levels, small tweaks can make big differences.

Rahm said that he’s using a more forgiving driver model than last year, but the real “game-changer” has been his … shoes.

Rahm revealed last year that he was born with a club foot, meaning that his right foot was turned at a 90-degree angle. Doctors broke bones in his ankle to fix the problem, but it has always caused mobility issues and limitations – the reason why he doesn’t take a full backswing.

Last year, while playing the best golf of his career, Rahm wore a model of Travis Mathew shoe that caused discomfort on certain shots and lies.

“It wasn’t the best shoe for me,” he said. “I shouldn’t wear flat shoes like that because I end up with some pain. While we were working on something that was comfortable for me, it was a good solution for a couple months.”

But in the fall, he worked with the company’s Cuater team to create a custom insole that better fit his unique needs.

“I think it’s allowed me to be a little bit more stable and up my ball speed and my swing speed without being concerned,” he said. “I think I can keep that speed up the first tee shot on Thursday to the last one on Sunday a little bit more consistently.”

A player’s footwear took on renewed importance at the Masters, when Tiger Woods showed up wearing a pair of FootJoy shoes instead of his usual Nikes. He explained that, because of the limited mobility in his right ankle following his car accident, he needed more stability. That switch allowed him to return to competition earlier than many anticipated.

Rahm’s limitations may not have been as severe, but the change in spikes has made a significant impact on the course.

“For any athlete, the only point of contact we have with the ground is our feet,” he said, “so I think that should be the single-most important thing.” 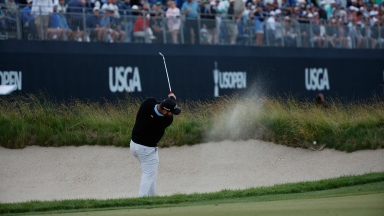 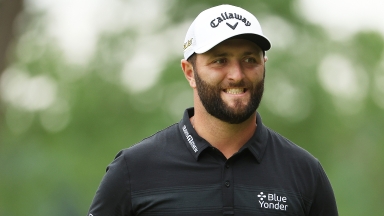