After a 23-month absence, Yani Tseng feeling healthy in mind and body for LPGA return 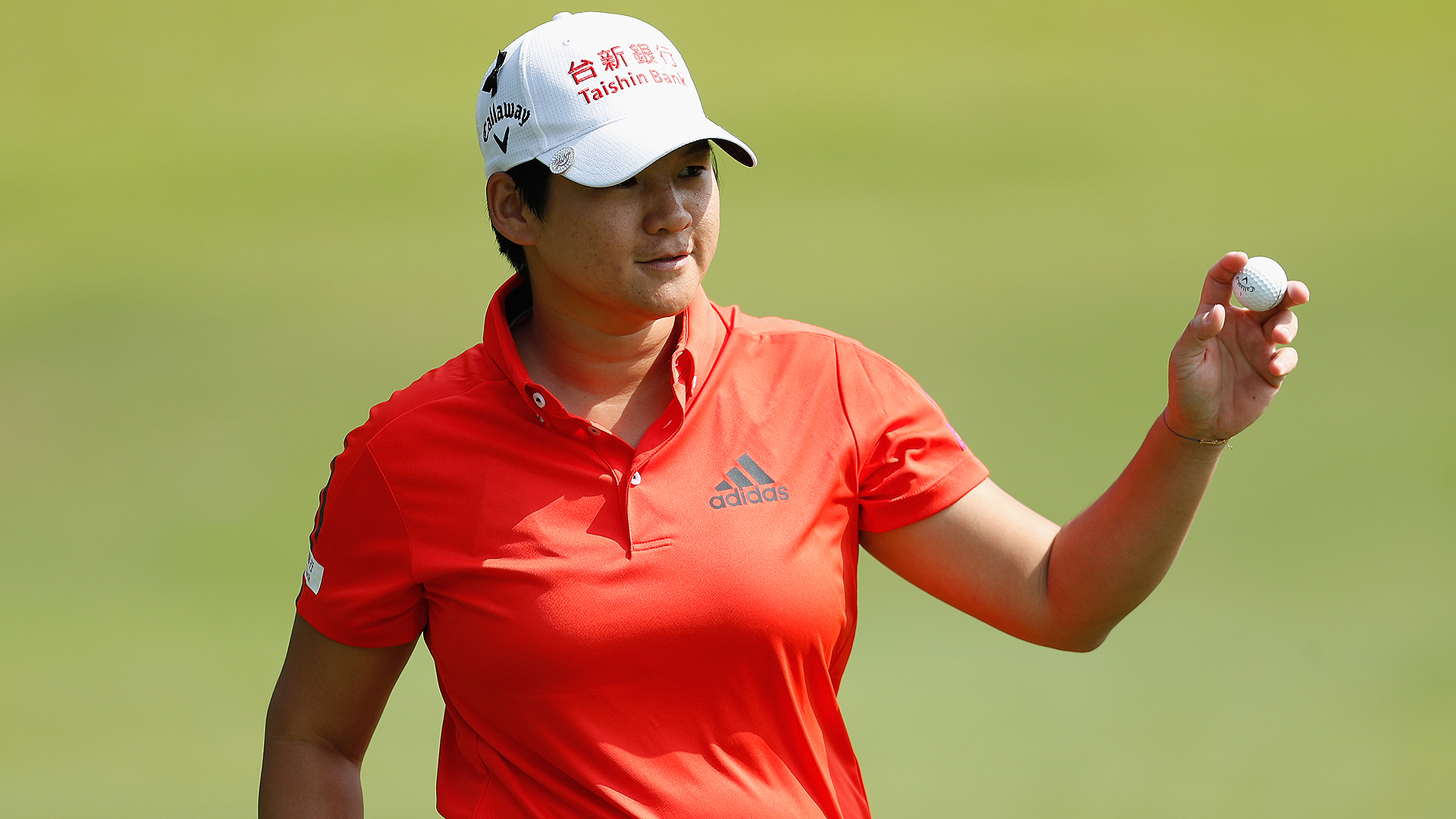 ORLANDO, Fla. – Yani Tseng is ready for her homecoming. Again.

One year ago, Tseng was poised to return to competitive golf. It had been 11 months since she’d last played on the LPGA Tour. But, then came the pandemic. Now, another year later, Tseng is returning home; home to Orlando, home to Lake Nona and home to the tour.

“It’s the competition, it’s feeling that pressure, the frustration on the course, the enjoyment, and the friendship on the Tour, too,” Tseng said recently about competing in this week’s Gainbridge LPGA at Lake Nona Golf and Country Club, where she lived for eight years. “It feels like going back home.”

The same player who amassed five major titles faster than Tiger Woods, the one who spent 109 weeks at world No. 1, is now ranked 919th and poised to make her first competitive start in nearly two years.

Nearly two years ago, Tseng stepped away from the game. She was forced to. It was March and Tseng was making her second start of the 2019 season at the Founders Cup. While practicing on the driving range, a sharp pain shot down her left leg. Tseng didn’t know what to do. She had never suffered a serious injury during her 12 years on tour, so she kept playing. She could still swing a club, but she could barely walk.

“I was like, ‘Oh, maybe it will be okay later,’” Tseng said about her body. “It was just really painful, so it was a mistake because I didn’t have this experience before. But now I know if I’m hurt, I need to listen to my body and really rest.”

During that week in Phoenix, Tseng slept on the floor. It was more comfortable than lying in bed. She competed in three more events before the pain became too unbearable to play. In April, she missed her fourth cut in five starts and returned home to Chinese Taipei. Tseng underwent an MRI which revealed a disk injury in her back. She remained in Chinese Taipei for the next eight months, during which she underwent rehab to both her body and soul. As much as the injury took its toll physically, the mental fallout was worse.


Once the most dominant player on the LPGA Tour, Tseng was already engrossed in a daily battle trying to come to grips with her downturn. But when it came time to begin her 2019 season, she felt she was mentally in a good place and excited to begin the new year. When she was injured in just her second start of the season, the disappointment was overwhelming for Tseng, who was anxious to regain her former status.

“I just couldn’t wait to get out there again to try and play my best and get in contention and then sh*t happens,” Tseng said with a laugh.

That perspective, her ability to laugh at what could have been a career-ending situation, was something Tseng worked on extensively during her time away from the game. If nothing else, the 23-month hiatus provided Tseng with the one thing that eluded her over the last 10 years: time. Time to reassess her life. Time to recalibrate her mind and body. Time to decide whether she had a future in the game.

“It was really painful for my feelings and my body, but I think it was a great learning process for me and I feel like I grew up again,” Tseng said about the break.

While at home in Chinese Taipei, she reconnected with friends and family. She rekindled relationships and rediscovered the balance her life so desperately needed but had waned during her prime. The struggle to maintain a healthy golf-life balance is a common problem among the top-ranked players. Jin Young Ko, the current world No. 1, and former world No. 1 Ariya Jutanugarn, have echoed similar sentiments as they’ve learned to prioritize happiness ahead of winning.

“When you don’t have that happiness, when you’re sad you get really sad, you have no place to find the happiness,” Tseng explained. “That’s what I’m trying to learn now, even just having a good meal, a good coffee in the morning, just those little things will make you happy.”

Tseng rediscovered the joy she lost by doing things she couldn’t do while on Tour. Before the pandemic, she took her mom to Japan and also embarked on a week-long road trip around Chinese Taipei, driving the country from top to bottom with her mother, brother and sister. She also took time to unplug. She went by herself on a 10-day meditation retreat where talking on a cell phone and talking with others wasn’t allowed.

“I feel like I released a lot of stress and at the end I felt a lot of love, happiness and peace,” Tseng said. “That’s what I’m looking for.”

As much as Tseng’s time at home afforded her the opportunity to rehab physically, it was more about inner healing. She worked to come to grips with the pain and suffering she endured during the last five years as she struggled to contend and make cuts. Her last top-10 on tour came in 2015.

“It was so many years that I haven’t been able to play well, and it was tough,” Tseng admitted. “I know I keep making the same mistakes because it’s all about your mind. But I just tell myself that I don’t want to give up.”

So, what is it that keeps her coming back?

“I want to prove to myself; I know it’s kind of weird because I’ve done it before, but I want to do it again,” Tseng said about returning to form. “I’m still grinding. I’m just trying to get back on top. It’s difficult.”

Tseng accomplished more in her first five years on the LPGA than many will achieve in a career. Between 2008-12, Tseng won 15 times and became the youngest player, male or female, to win five major championships. She became the first player from Chinese Taipei to reach No. 1 in the world. She twice won Rolex Player of the Year (2010, ’11), in addition to being named Rookie of the Year (’08) and earned both the Vare Trophy (’11) and money title (’11).

She was named one of Time Magazines “100 Most Influential People in the World,” in 2012.


No one would begrudge her stepping away, especially after suffering a back injury. Her resume far surpasses that of many in the World Golf Hall of Fame.

“Sometimes I’m surprised I still have this passion,” Tseng said with a chuckle. “But every day I wake up I want to go practice. For me, I just want to feel like I can play happy golf again. I’m proud of myself. I still have a lot of passion to give.”

In October 2019, Tseng received a whole new perspective when the Swinging Skirts LPGA Taiwan was played in her own backyard. Twice she went out to watch the tournament and came to a painful realization while watching her friends compete without her. She didn’t just miss them, but she missed the game.

“After Swinging Skirts, I really wanted to come back,” Tseng said. “That tournament gave me a lot of motivation to come back, to get me feeling good again because I knew my body was hurting, but it just hurt my feelings a lot.”

Tseng hasn’t made any major adjustments to her game to work around her back injury. She has, however, tried to abandon what she called her “grip it and rip it” style of play. Instead, she worked with her coach, Chris Mayson, and her trainer to learn to use the correct muscles. She also added additional stretches to her warm-up routine to avoid repeating what happened on the range in Phoenix. But nearly two years removed from her injury, she still battles pain.

“My body feels pretty good, but it’s a little bit on and off a little bit,” Tseng said last week.

Tseng has also continued to make changes to improve her way of life. In 2020, she sold her home in Orlando, Florida, the one she purchased from Annika Sorenstam at Lake Nona, and relocated to San Diego, California. The move put Tseng closer to friends and family and cut her flying time home by a third.

In April 2020, she returned home to Chinese Taipei to wait out the pandemic along with her family. She feels “very lucky” to have spent so much time with them over the past year. Wary of the news she was hearing about the coronavirus in the United States, she remained in Chinese Taipei until mid-January when she returned to San Diego.

Healthy and happy, Tseng is ready to get back to competitive golf. The time away renewed her body and mind, and it certainly didn’t dampen her desire to win. But, how she goes about it has changed. For Tseng, a successful week at the Gainbridge LPGA would mean she was able to maintain her focus on the plan she outlined with her coach. She acknowledges the need to take her return, step by step, building on small victories like making the cut and finishing inside the top 10 before expecting to win again, something she hasn’t done since 2012. It all begins with an overdue return. 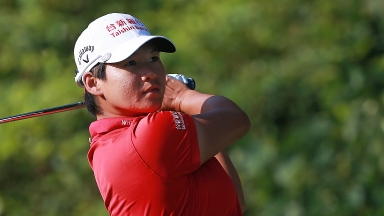 Struggling to regain the form that once made her the most dominant player in the women’s game, Yani Tseng hasn’t lost her determination. 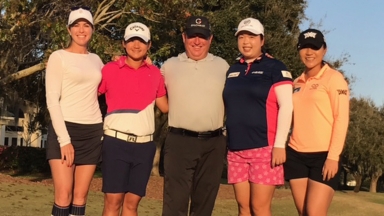 Gary Gilchrist, who once lost Michelle Wie as a pupil to David Leadbetter, has a growing stable of LPGA stars. 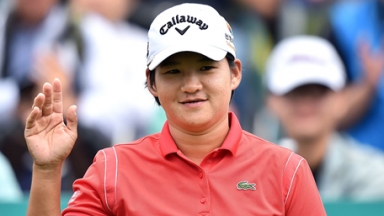 Tseng searching for fun and old Yani in 2016

Yani Tseng looks to regain her major-winning form by finding a bit of freedom on the course in 2016.