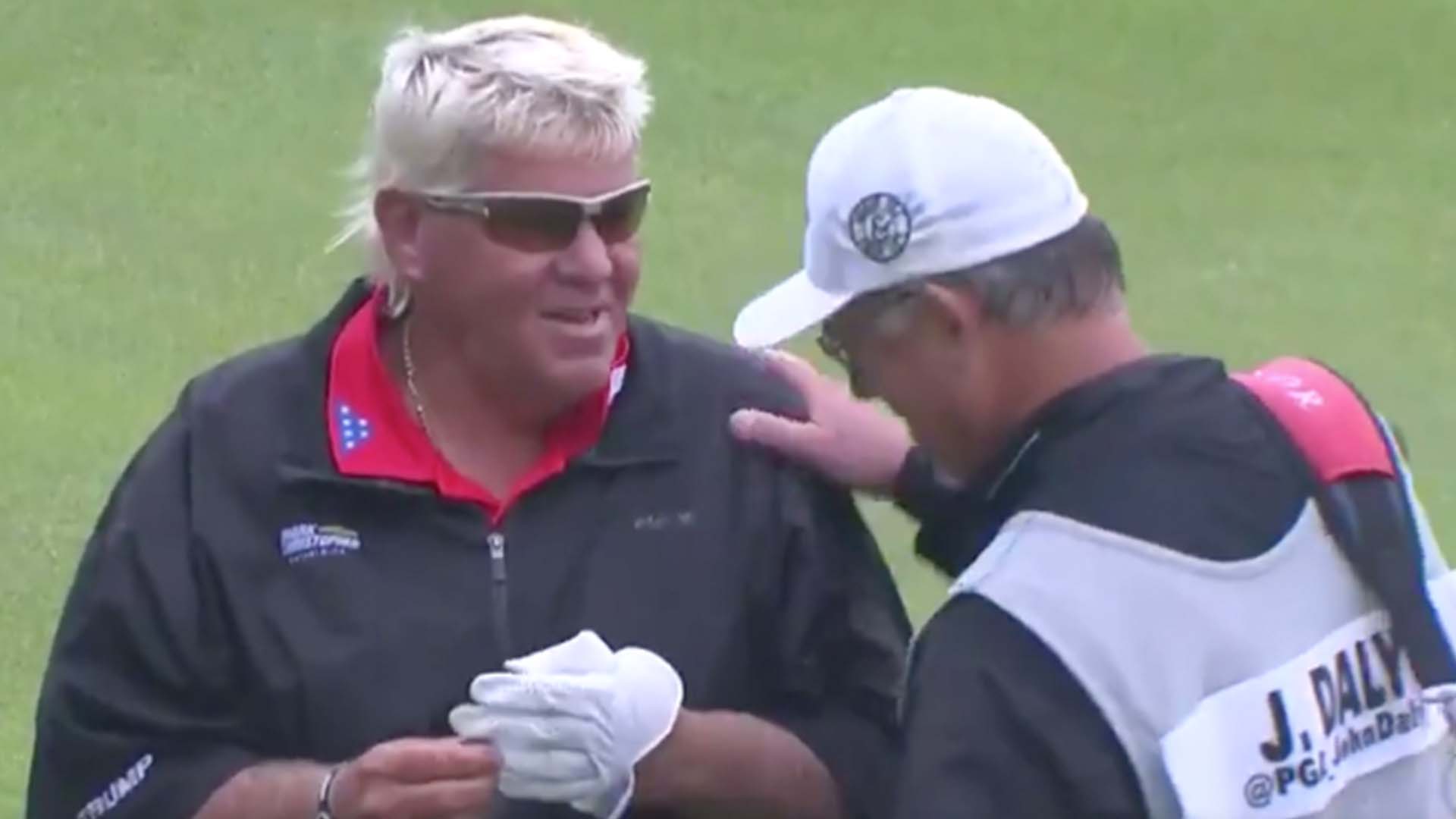 John Daly played his way into the mix in the final round of the American Family Insurance Championship, but he knew he was going to have to do something special over the last couple of holes to snatch a win on the PGA Tour Champions for the first time in over two years.

When he hit his approach shot into 18 green at University Ridge Golf Club it was going dead right … like, way right. That’s until he got the bounce of his life after his ball hit in the grandstands, ricocheted around, bounced down on the green and 10 feet away from the hole. Almost like he called 'backboard.'

Daly missed his birdie putt but still carded a 6-under 66, which was good enough for a tie for fifth, his best finish of the season on tour. He finished two shots behind the three players who ended up in a playoff for the title, Jerry Kelly, Retief Goosen and Steve Stricker. Jerry Kelly won the playoff and the event with a birdie on the third playoff hole. 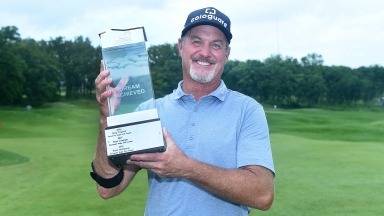 Jerry Kelly beat Retief Goosen with a birdie on the third hole of a playoff Sunday in the American Family Insurance Championship. 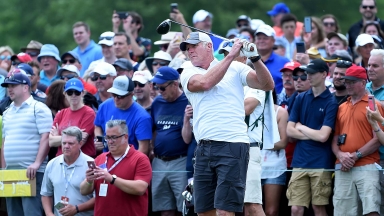 Back in Wisconsin this week, NFL legend Brett Favre got another chance to to play in front of the cheeseheads. And that includes a woman who officially takes the title of Favre's No. 1 fan. 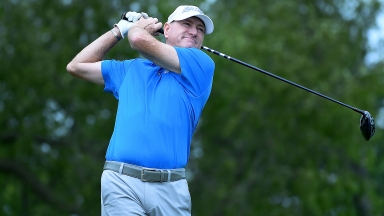 Flesch (65) leads Stricker by 1 in Madison

Steve Flesch birdied the final three holes for a 7-under 65 and the second-round lead Saturday in the American Family Insurance Championship.