Bad luck or bad play? Nothing took a bite out of the Shark like the Masters 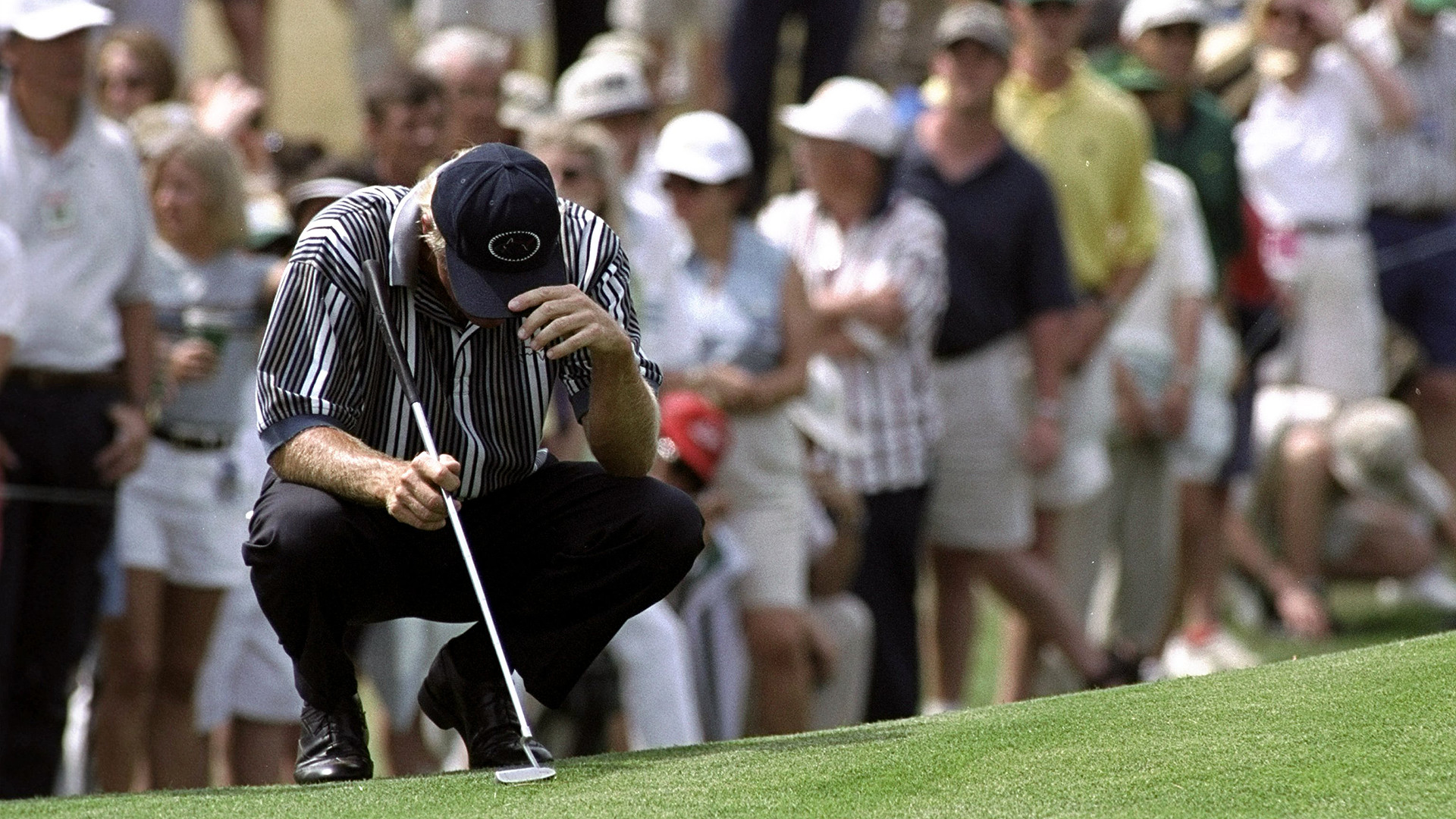 “Shark,” ESPN’s documentary which debuted Tuesday night, chronicles the highs and lows of Greg Norman’s career. The highs include two major triumphs, 331 weeks at world No. 1 and an induction into the World Golf Hall of Fame.

The lows include numerous, tough-luck major defeats. But “tough luck” vs. a product of his own making, is a central theme in “Shark.”

Golf Channel analyst Brandel Chamblee said in the documentary, “His game took a downturn after [the 1996 Masters], and I think that proves, at least in my view, that he took it as he was being robbed of these major championships, but if you look a little closer, he wasn’t being robbed,” Chamblee said. “It was far more about the flaws in his golf game, or maybe in his emotional state when he was playing the back nine, than it was about fate singling him out for this torturous career.”

The ’96 Masters is Norman’s most infamous defeat. Overall, it’s one of 20 top-5 finishes he had in majors – only two of which were wins.

While each of the four majors sunk its teeth into Norman at some point in his career, nothing took a bite like the Masters. He played 23 times at Augusta National and had eight top-5 finishes without a victory.

Looking back, history shows Norman has more of himself to blame than anyone else, for not having a green jacket.

Norman’s first tournament appearance. Two off Tom Watson’s 54-hole lead, a double bogey at the par-4 10th derailed Norman. He shot even par to finish three back of Watson.

The 54-hole leader by one, he was tied for the lead through nine holes on Sunday when he again double-bogeyed the par-4 10th. After making birdies on Nos. 14-17 to tie clubhouse leader Jack Nicklaus, Norman pushed his approach shot from the fairway on No. 18 into the patrons around the green. He made bogey and lost by one.

One off the 54-hole lead, he made six Sunday bogeys – including four in a six-hole stretch around the turn – and lost in a playoff to Larry Mize.

Norman started the day four back and made six birdies from Nos. 9-17. But he bogeyed the 18th to miss out on an eventual playoff by a shot.

Three back through 54 holes, he made five birdies to mount a charge, only to bogey the 17th and finish three back.

Up a record six shots after three rounds, a steady Sunday stumble had him tied with playing competitor Nick Faldo through 11 holes. Norman then dumped his tee shot into Rae’s Creek at the par-3 12th to fall two back. He posted 78 to lose by five.

Given a reprieve after the ’96 collapse, Norman eagled the par-5 13th in the final round to tie playing competitor Jose Maria Olazabal. Norman then bogeyed Nos. 14 and 15 to lose by three. 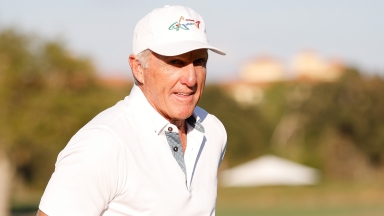 Shark to miss QBE for first time since founding

LIV Golf CEO Greg Norman said Tuesday that he will not attend this year’s QBE Shootout, which he founded in 1989.