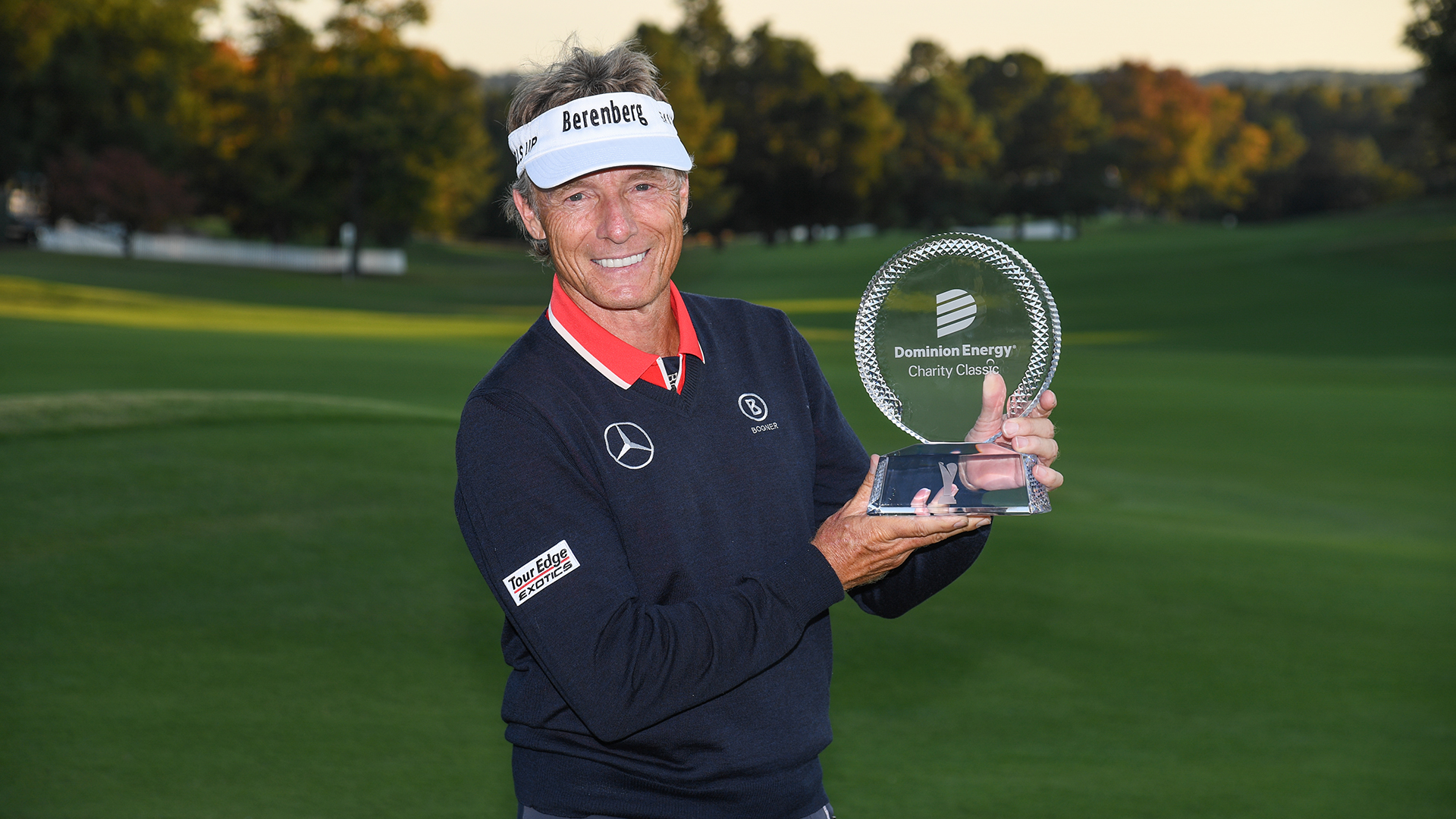 RICHMOND, Va. — Bernhard Langer became the oldest winner in PGA Tour Champions history Sunday at 64, beating Doug Barron with a 6-foot birdie putt on the first hole of a playoff in the Dominion Energy Charity Classic.

The German star thrust both arms in the air after winning for the 42nd time on the 50-and-over tour and the first time since March 2000.

“It comes down to the putt,” Langer said. “That’s how tight it is out here.”

Langer closed with a 3-under 69, also birdieing the par-5 18th in regulation to match Barron at 14-under 202 on the Country Club of Virginia’s James River course.

Barron also finished with a birdie in a 68. He missed a 6-foot birdie try in the playoff before Langer ran in the winner to end a string of five playoff losses.

“He’s just an anomaly. He’s incredibly, incredibly gifted and he’s one of my heroes and good friends,” Barron said about Langer. “I’m very fortunate to call him a very dear friend. If I’m going to get beat, I don’t mind getting beat by him.”

Langer, also the 2017 winner in Richmond, increased his lead in the Charles Schwab Cup season standings in the playoff opener.

Defending champion Phil Mickelson shot a 71 to tie for 47th at even par. He has three victories in five senior starts, winning the Constellation Furyk and Friends two weeks ago in Florida. 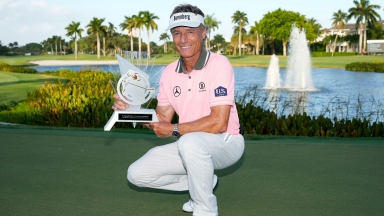 Langer wins TimberTech, one away from record

Bernhard Langer broke his own record as the oldest PGA Tour Champions winner with a 6-under 66 at the TimberTech Championship. 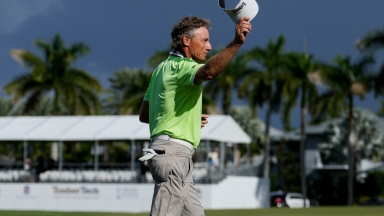 The ageless Bernhard Langer beat his age by two shots Saturday with a 9-under 63, giving him a one-shot lead over Paul Goydos. 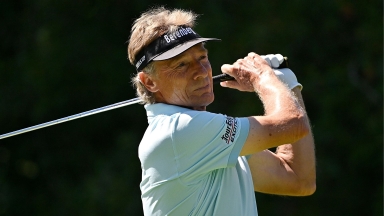 Langer, 65, 'closer' to thinking about retirement

Though Bernhard Langer continues to defy his age, the inevitable looms. How much longer will he play competitively?