As the final women's conference tournaments finish up, GolfChannel.com’s college golf insider Brentley Romine predicts which teams will make regionals, what seeds they'll receive and where they'll be sent.

The official regional fields will be revealed Wednesday at 4 p.m. ET on Golf Channel. Each regional will be contested on May 9-11.

The NCAA altered the women's regional format this year, increasing the number of regionals from four to six. There are still 72 total teams that qualify for postseason, but now only the top 4 teams (and top two individuals not on advancing teams) from each regional will advance to the 24-team NCAA Championship on May 20-25 at Grayhawk.

Stanford and Vanderbilt were added as host schools this year. As for the magic number, which was coined by Golfweek's Lance Ringler as the Golfstat ranking of the final at-large berth, that is at 57, though it is subject to change with Colonial champ College of Charleston at No. 58.

Using the most recent Golfstat rankings from April 21 as a base, here’s a projection of how this year’s six regionals will look when the fields are finalized:

(Note: Automatic qualifiers are listed with their conference in parentheses; *-projected conference champion) 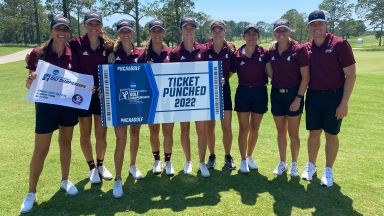 Steve Burkowski and Brentley Romine dive into an exciting three days of women’s regional action, from a playoff in Stanford to a thrilling rally in Stillwater. 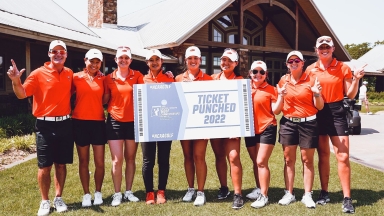 Oklahoma State, without three of its top players from the fall, advanced to the national championship at Grayhawk. 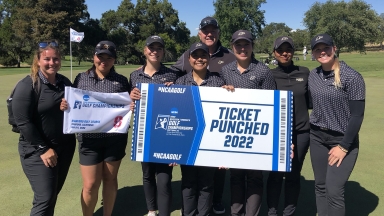 NCAAW regionals: Who advanced to Grayhawk?

Six NCAA women's regionals wrapped up Wednesday at various sites, with the top four teams from each regional moving on to next week's NCAA Championship.