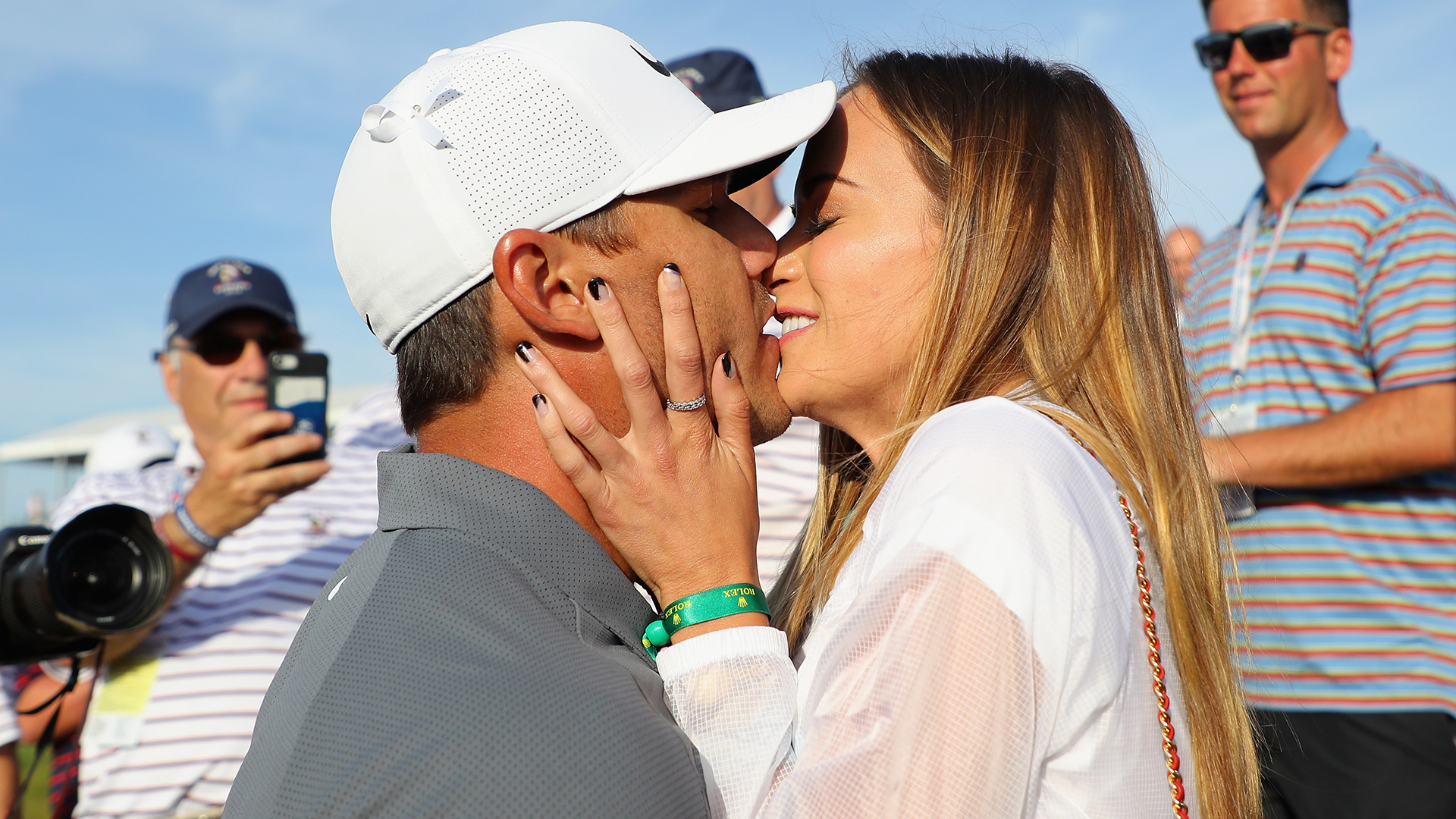 Brooks Koepka and Jena Sims announced their engagement on Thursday – nearly a month after Sims said, “I do.”

Sims posted images of the proposal on her Instagram account and noted that it occurred on March 3.

Kopeka and Sims have been dating since at least 2017, when the relationship went public as he won his first major championship at the U.S. Open.

Koepka will likely not be in the next major, next week's Masters Tournament, as he had knee surgery shortly after his engagement. Koepka has offered no timetable on his return to competition