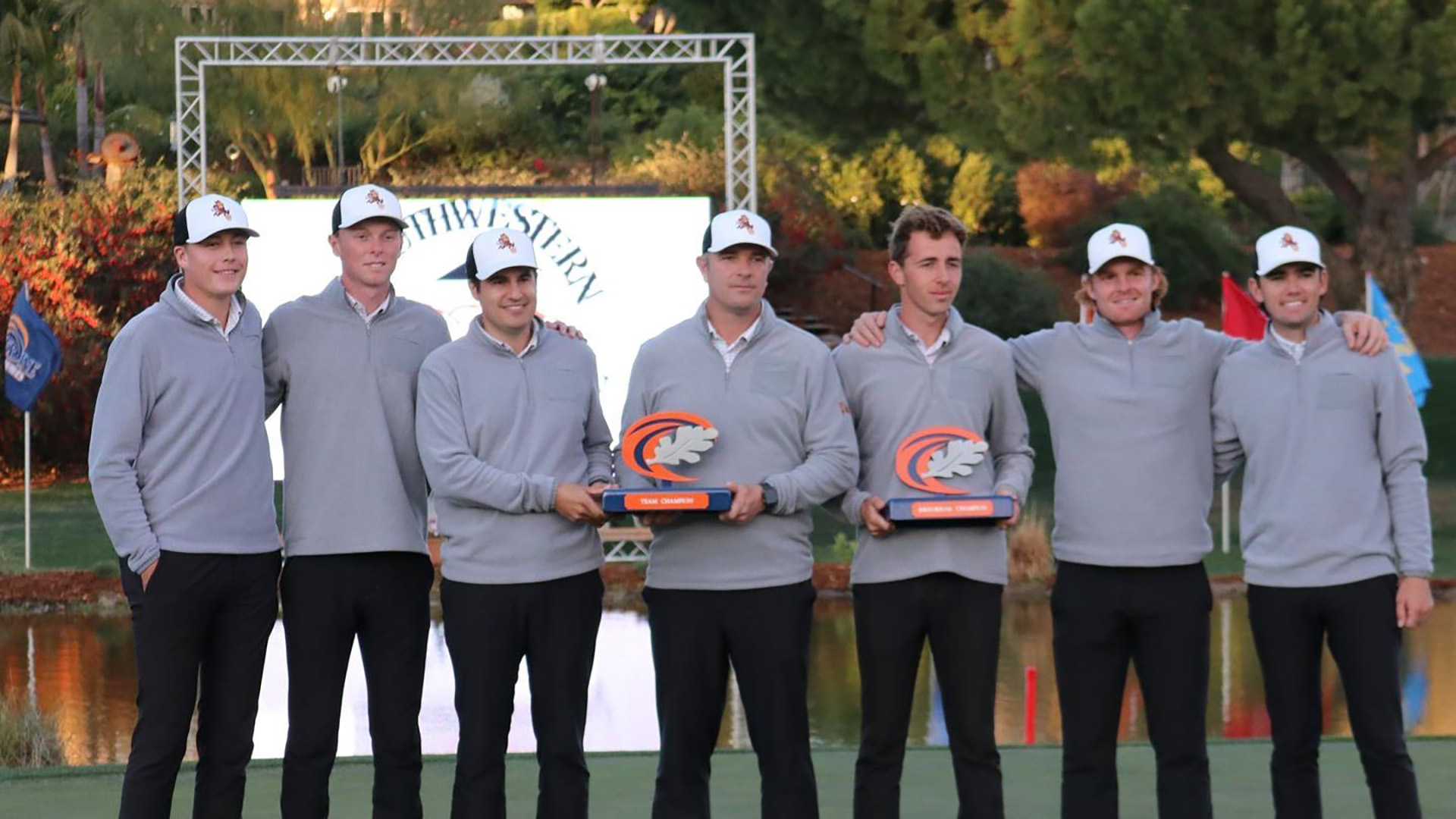 What a difference a year makes.

Last January, Arizona State had the Southwestern Invitational in its grasp on the back nine before shooting 6 over and losing to San Diego State, which carded eight birdies and an eagle on the final four holes, by three shots. Twelve months later, the Sun Devils flipped the script at North Ranch Country Club in Westlake Village, California, just north of Los Angeles.

Leading host Pepperdine by six shots entering Wednesday’s final round, Arizona State shot 12 under, including 6 under on the back side, to finish at a tournament-record 30 under and win by 13 shots.

“That’s been stinging since this time last year,” Arizona State head coach Matt Thurmond said. “We had a lot of great things happen in between, but we still wanted to come back here and show that that wasn’t really who we were last year. … We were well prepared, and we knew that if we just executed, we were going to be very successful.”

Four Sun Devils finished inside the top 10 individually, including junior David Puig, who won the Southwestern for the second straight year. Puig lapped the field last year, winning by nine shots, but this time took the title in come-from-behind fashion despite missing much of the past three months with a left-wrist injury.

“I shut it down right after East Lake,” Puig said. “I didn’t even know if I was going to play in this tournament. … I’m glad my team trusted me.”

Puig began Wednesday in a share of 16th, seven shots off the lead, but he made eight birdies and an eagle to finish at 8 under, two shots clear of runners-up Michael Brennan of Wake Forest and teammate Cameron Sisk. Puig stuck an 8-iron to 5 feet to set up his eagle at the par-5 12th and then, after a three-putt from 10 feet at No. 16, club-twirled after launching another iron to similar distance at the 184-yard, par-3 17th. He birdied each of his last two holes, including the par-4 finisher, where he poured in a 20-footer.

The individual win marks the third of Puig’s career, and he also became the first back-to-back winner in Southwestern history.

“I walked the whole tournament with him,” Thurmond said. “He played so well – even the first two days; the scores just weren’t there, and he got some bad breaks. But he looks every bit as good as he did last year at this time.”

The same could be said of the Sun Devils, who finished the fall ranked third in Golfstat after winning Isleworth and finishing runner-up at Olympia Fields. Five starters were also ranked in the top 175 entering the week, including No. 5 Sisk, who is joined by Puig on the Haskins Award watch list, and freshman Preston Summerhays, who figures to rocket up from No. 172 after a T-6 at North Ranch.

After a ninth Southwestern triumph, Arizona State looks to imitate what the 1996 Sun Devils squad did: win the Southwestern, and then a few months later win the NCAA title.

“Being hungry is the biggest key to everything,” Thurmond said, “and I think each one of the guys individually is really hungry for their own things. … Each one of them has a real purpose and real mission, and if they just keep doing what they’re doing – I see how hard they work – we’re going to be just fine.”

AMAZING GRACE: Preston Summerhays wasn’t the only Summerhays sibling notching a top-10 finish this past week. On Monday, Preston’s younger sister, Grace, who enrolled early at Arizona State earlier this month, tied for fifth in her college debut at the Match in the Desert, a seven-team, stroke-play event in Superstition Mountain, Arizona.

“Grace played excellent in her first tournament, which was no surprise,” Arizona State head coach Missy Farr-Kaye said. “She has fit right in and gave our team a spark. The friendly competition developing has been exciting to see.”

ADDED REGIONAL SITES: After the NCAA announced last November that it was expanding the number of Division I women’s regionals from four to six beginning this spring, the governing body revealed Thursday which two sites will host those added regionals.

The number of teams that qualify for regionals (72) and the NCAA Championship (24) will remain the same, but instead of the top six teams advancing to nationals out of each 18-team regional, the top four will advance out of each 12-team regional. Each of the six regionals will also now feature six individuals (36 total), and the top two individuals not on advancing teams will qualify for nationals.

PGA TOUR U BONUS ADDED: After last year’s NCAA Championship produced no movement within the top five of the inaugural PGA Tour University rankings, the program is adding bonus points at nationals.

Starting this year, players in the current season’s Velocity Global Ranking will received extra points for finishing inside the top 10 at the NCAA Championship. If a player wins the NCAA individual title, he gets 15 bonus points, followed by 10 bonus points for second, eighth for third, seven for fourth, and so on down to 10th, which will earn a player one bonus point.

Bennett received a sponsor invite into this week’s Dubai Desert Classic on the DP World Tour, but he missed the cut by a shot. 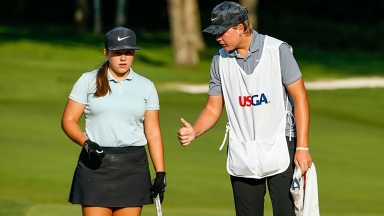 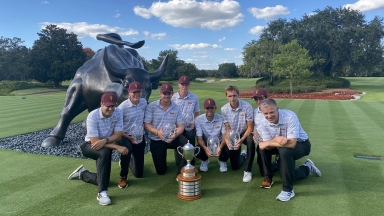