Don't expect the PGA Tour to embrace a distance rollback

After years of waiting, golf’s rule makers published in excess of 100 pages of research, data, conclusions and potential paths forward for a game that has always been consumed with driving distances.

Regardless of which side of the distance aisle you reside on, the USGA and R&A’s decision to move the conversation forward with a study that leaves little room for ambiguity is a milestone worth applauding.

“We believe that this continuing cycle of increases is undesirable and detrimental to golf’s long-term future,” the report read.

Sometime in mid-March, the rule makers will release a collection of “topics,” followed by six to eight months of feedback that will undoubtedly lead to untold years of debate and dialogue.

Most reasonable minds can agree that it’s well past time for a nuanced and objective conversation about how far modern players are hitting the golf ball. Where many minds won’t agree is what direction that conversation should take.

The project is a complete overhaul of the game, from the best players on the world’s professional tours to the weekend hacker hoping to break 100. At least that’s how the R&A and USGA are attempting to frame the narrative.

But this isn’t about what the report calls “recreational” players. Not really. Your average 15-handicap isn't overpowering golf courses, and there’s no substantial data to support the notion that rank-and-file amateurs have enjoyed the same distance gains as the professionals over the past few decades.

This is about the professionals, specifically those who ply their trade on the PGA Tour and European Tours. According to the report: “Since 2013 these [driving] distances have increased at the rate of about one yard per year, with the average of the top 20 increasing by eight yards and the average for all players on both tours increasing by seven yards.”

The majority of the data used for the report was generated by the Tour’s ShotLink system and similar data from the European Tour. As such, the circuits acknowledge that players are hitting the ball longer than they did during a bygone era. 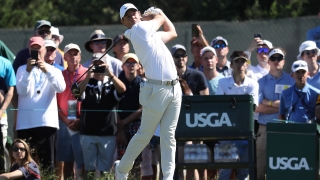 Will quest to curb distance lead to bifurcation?

So, what is the Distance Insights Project report – the much-anticipated research opus just presented to us by the USGA and the R&A – and what will it mean?

The Tour’s response to Tuesday’s report touched on all the right notes of cooperation and concern: “Since 2003, we have been working closely with the USGA and the R&A to closely monitor distance, and this latest report is an expanded and thorough review of the topic, and others, which are all important to the game. The R&A and the USGA are our partners, and the PGA Tour will continue to collaborate with them, along with all of our other industry partners, on the next steps in this process.”

However, asked specifically if the Tour considers increasing distance gains a “problem,” a spokesman for the circuit offered a slightly less sanitized version: “The PGA Tour will continue to work with the USGA and the R&A in monitoring trends. At this point, we feel today’s game is more exciting than ever for our fans and the integrity of the competitions are intact – we still see a diverse set of winners on the PGA Tour and our examination of the data reveals that the skills involved in winning a PGA Tour event remain largely unchanged. But we are carefully reviewing the findings in the Distance Insights Report and we will collaborate with all of our industry partners, including the USGA and the R&A, on the next steps in the process.”

It's worth unpacking the second statement. Where the report sees longer drives as the “wrong direction” for the game, the Tour continues to see a direct correlation between 300-plus-yard drives and a “more exciting” game.

During a conference call with the R&A and USGA on Tuesday, officials talked of classic golf courses that can no longer stand up to the game’s longest players. But this argument rings as hollow in golf as it does in other sports.

There were 49 golf courses used on the Tour last season, mostly in the United States. That’s less than .5 percent of the roughly 15,000 courses in the U.S. If the likes of Pebble Beach, site of this week’s Tour stop and one of the circuit’s shortest and most beloved ballparks (7,075 yards), aren’t long enough to challenge the game’s best, then perhaps it’s time to find another golf course.

Traditionalists will argue that golf has been dumbed down because of the distances modern pros hit the golf ball, but that ignores a basic truth in every sport that athletes are simply bigger, stronger, faster than they were in whatever golden age you’re clinging to.

If the Tour seems a tad lukewarm over the potential of dialed-down driving distances, it’s come by its reluctance honestly. The Tour is, at its core, a business, and Tuesday’s announcement probably doesn’t fit into the circuit’s long-term plan to build a better widget.

Clutch putting will always be a central element of the game – along with ball-striking, the short game and course management – but fans don’t tune in to watch players convert 3-footers for par. Fans want to see long drives and birdies and eagles and excitement. Anything that endangers that simple formula is going to be heavily and understandably scrutinized.

The Tour will be an engaged partner in this process, but the R&A and USGA shouldn’t expect an entirely willing participant. 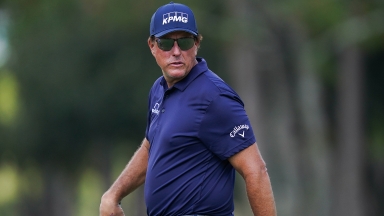 After the USGA and R&A announced new limitations on the length of driver shafts, Phil Mickelson and others offered their takes. 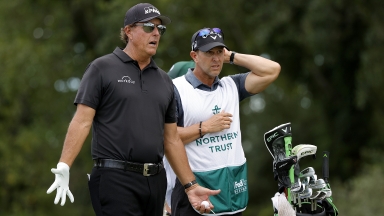 Phil Mickelson called out the USGA for, according to him, planning to soon roll back the length of drivers. 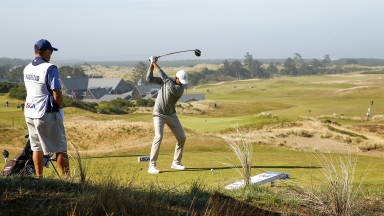 The USGA announced Tuesday that Bandon Dunes Golf Resort will host 13 USGA championships over the next 24 years.