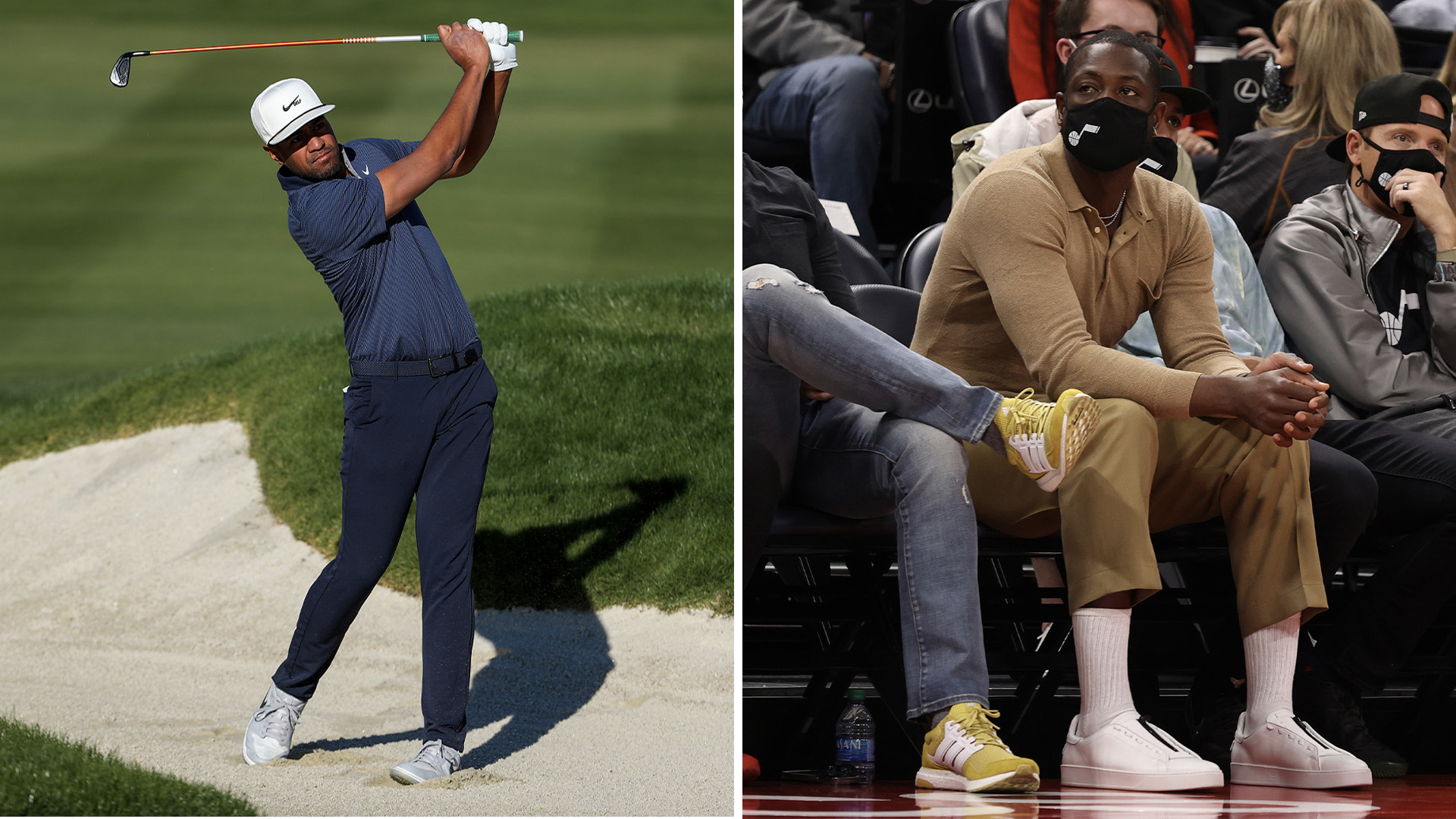 While sitting courtside at the Utah Jazz's season opener Wednesday night, future NBA Hall of Famer Dwyane Wade got some pointers on his golf game from Tony Finau.

During the game, the camera caught the two talking and it appeared Finau was giving Wade advice on his grip and follow-through technique.

Finau, a Utah native, also quoted the video on Twitter, saying, "Pleasure spending time with the legend @DwyaneWade, what a gem of a guy."

Wade, now a part-owner of the Jazz, retired in 2018 after a 16-year career that included three championship titles with the Miami Heat. Since retiring, Wade has revved up his golf game and was featured in Golf Digest's series with Tiger Woods right before Woods' Feb. 23 car crash.

Last week, Finau opened his PGA Tour season with a T-45 finish at the CJ Cup in Las Vegas, roughly two months after he broke a five-year winless drought at The Northern Trust.

The two were pleased to see the home team win, as the Jazz beat the Oklahoma City Thunder, 107-86. 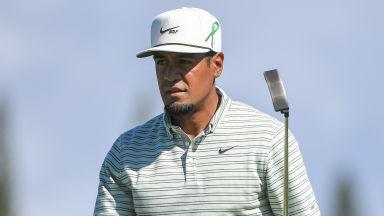 Tony Finau's father-in-law, Tipa Galeai, recently passed away and players are paying tribute to him at Kapalua. 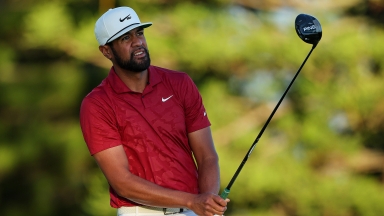 Tony Finau may have a future career in motivational speaking when he’s done playing professional golf. 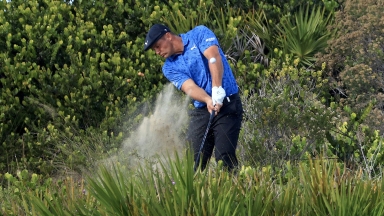 Weekend at Hero shaping up to be holiday gift

This holiday event in the Bahamas is taking on a little more meaning for Bryson DeChambeau seeking a small measure of revenge.