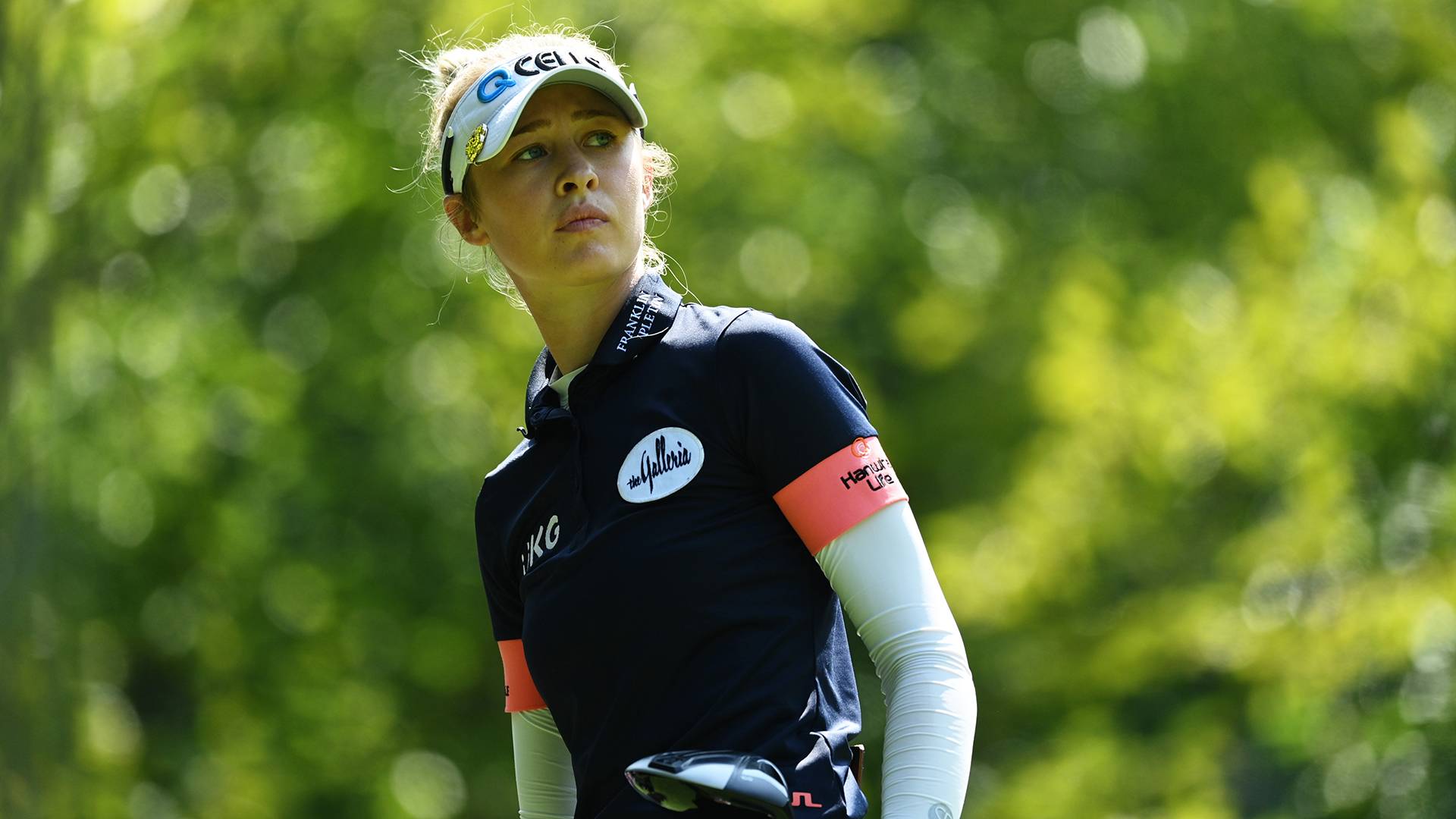 WEST CALDWELL, N.J. – Nelly Korda has a chance to make history with four events remaining in the LPGA Tour season.

Korda, the No. 1 ranked player in the world, leads nearly every points race and statistical category as the season winds towards its finale at the CME Group Tour Championship. Should she maintain the form that earned her three wins, a major championship and an Olympic gold medal over the first half of the year, she could add her name to the record books.

Ahead of the Cognizant Founders Cup, Korda sits atop the money list, the Rolex Player of the Year standings and the Race to the CME Globe points list. Korda has an opportunity to become the first American since Stacy Lewis, in 2014, to win multiple season-ending awards. That year, Lewis won the Vare Trophy (lowest scoring average), Rolex Player of the Year and the money title.

While Korda also leads the tour in scoring average, she will not be eligible to win the Vare Trophy.

Per the LPGA, a player must complete 70 rounds or 70% of the season’s official events. Korda is scheduled to play in three of the final four events this season, which would put her at a maximum of 62 rounds completed. If she sticks to that schedule, she’ll compete in 17 of the tour’s 29 event (59%).

Inbee Park and Jin Young Ko, who are ranked Nos. 2 and No. 3 in scoring average, respectively, will also be ineligible as they won’t complete the requisite number of rounds. Lydia Ko, currently ranked No. 4 on tour in scoring average, is the first player in the rankings who is scheduled to play at least 70 rounds this season.

Korda’s performance this season has been reminiscent of the dominance seen by Ariya Jutanugarn in 2018. That year, Jutanugarn became the first to sweep the season-ending awards, including the Vare Trophy, POY, money title, Race to CME Globe and the Rolex Annika Major Award.

Patty Tavatanakit already secured the Rolex Annika Major Award for 2021 (best overall performance in the five majors), which takes that opportunity off the table for Korda.

The Founders Cup will mark Korda’s first event since the Solheim Cup and her first regular tour start since the AIG Women’s Open in mid-August. That week in Carnoustie, Korda showed the strain she felt being world No. 1.

“Everyone keeps talking about how I'm playing so well, but I'm going to shoot bad scores,” Korda said after a second-round 73. “I'm human.”

In September, Korda faced scrutiny again. During the Solheim Cup, Korda was criticized on social media after her involvement in a ruling with Europe’s Madelene Sagstrom, in which an LPGA rules official intervened in their match. Sagstrom was deemed to have picked up Korda’s ball too quickly in conceding her putt. Korda and her playing partner, Ally Ewing, were given a win for the hole and subsequently went on to win the match. Korda was in tears while meeting with the media afterwards.

Nelly’s older sister, Jessica, who competed in the Solheim Cup as well, posted a bold rebuke on Twitter in response to those who had lashed out on social media at her sister.

As she gets set to begin the final stretch to her best season on tour, Nelly Korda’s fortitude will be again tested.

“My face is pretty calm, but not inside. I'm definitely feeling all the emotions inside,” Korda said Tuesday about putting herself in contention week after week. “I'm more of a person that tries to stay in the moment [rather] than work myself up and get ahead of myself. I've always looked up to Roger Federer and he's always had one emotion in a sense. He's always been really calm on the court, so I kind of tried to take that to golf as well.”

Currently, Nelly isn’t committed to playing in the BMW Ladies Championship in South Korea. It’s the only remaining event on the tour’s fall swing through Asia due to travel restrictions associated with the pandemic. Korda’s absence could open the door for those who are competing and can make up ground on the world No. 1. There is no cut in Korea, which means every player will receive a payday. But, two of the final remaining events, the Founders Cup and CME Group Tour Championship, both of which Korda intends to play, feature the biggest purses outside the major championships. The payday for the winner of the season-ending event is $1.5 million, which is the largest individual payout in women’s golf. Whoever wins the final event of the year will likely determine who clinches the money title.

After this week, Korda’s next event is the Pelican Championship in November, which will be held the week prior to the CME. The top 60 in the Race to the CME Globe point standings qualify for the season-ender and Korda currently sits atop the standings.

Korda has a chance to earn her place in LPGA history with a solid finish to what has been an impressive season for the 23-year-old. She’s already shown in the first nine months of the year that she has the game to be the best player in the world. If she can demonstrate she has the mental fortitude to withstand the mounting pressure to excel, and quiet the critics along the closing stretch, Korda will cap off her year with her name etched on some of the biggest awards in the women’s game. 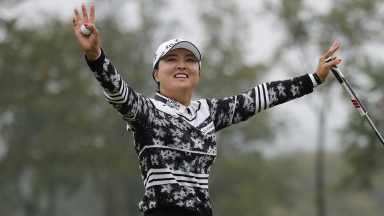 Jin Young Ko finished off a wire-to-wire victory Sunday in the Cognizant Founders Cup with her 14th consecutive round in the 60s that matched a 16-year record. 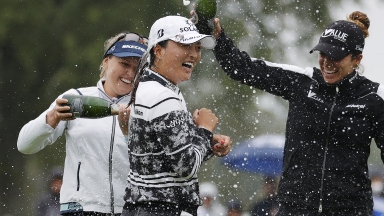 Jin Young Ko didn't only leave New Jersey with her second straight Founders title, but she now shares a record with the great Annika Sorenstam. 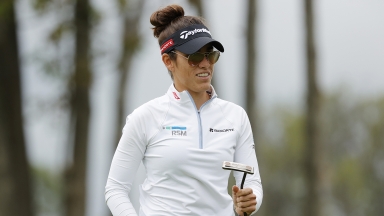 Fassi continues to prove to self that she's back

Is Maria Fassi back? In contention for the second straight week, Fassi told her mother just that on Saturday morning before rising to T-6 on the Founders Cup leaderboard.