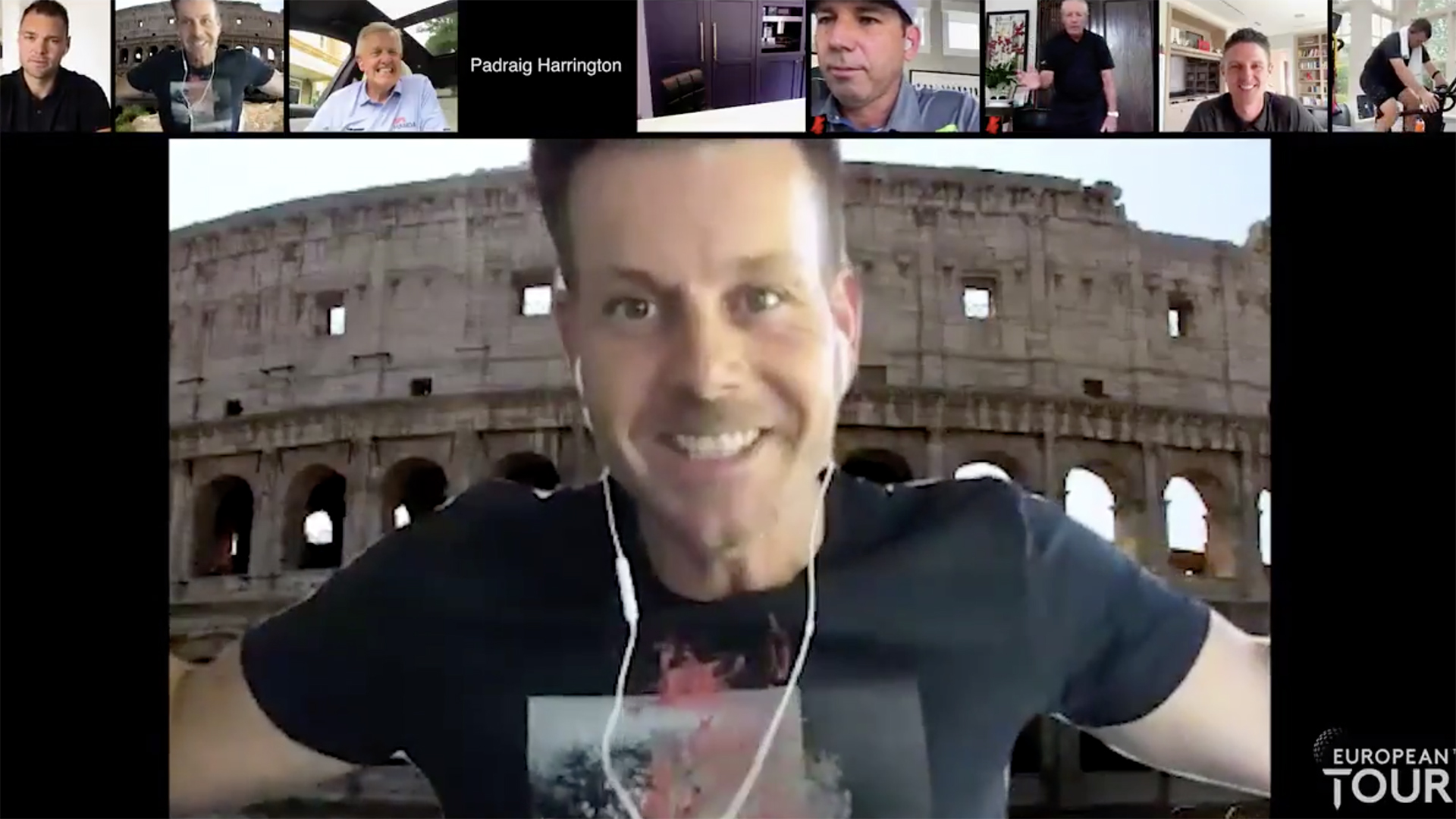 The European Tour's social department has done it again!

In their latest video, #TheConferenceCall, Martin Kaymer attempts to hold a call with several players, including Justin Rose, Tommy Fleetwood and Sergio Garcia, to discuss a few agenda items for the tour's upcoming restart in July. However, the meeting never gets going as distractions pop up every few seconds.

After watching the six-and-a-half-minute video, here are our favorite moments, by player:

Martin Kaymer: While trying to share his screen in an attempt to get the discussion started, Kaymer has to close out his own Wikipedia page in order to find the agenda slide. Talk about

Henrik Stenson: During the call, Stenson gets up to grab his notes. He's not wearing pants, a homage to the time more than a decade ago at Doral when Stenson stripped down to his briefs to play a shot from the water.

Colin Montgomerie: For one, he's in his car. Secondly, he's more concerned with killing a fly.

Tommy Fleetwood: Also concerned with anything but the call, though he apparently loves to make noise. Poor Frankie, doesn't get many naps.

Sergio Garcia: Taking notes, lots of notes. In fact, we should ask for the transcript for this blog.

Gary Player: Not that's it's surprising, but he quickly starts to ramble before being put on mute. The best part is mid-call when he gets up and starts giving what looks like a swing lesson.

Justin Rose: Such a nice guy, until he thinks the mic is off. Bet that wasn't the only time he cursed this year.

Lee Westwood: Getting in shape for the Masters on his Peloton.