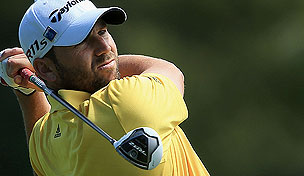 This week one of the deepest fields in golf heads to TPC Sawgrass for The Players Championship. Among the more difficult tests players will face this year, the Stadium Course offers fast, undulating greens and difficult rough - not to mention the infamous island green 17th hole. The list of champions here includes many of the game's greatest names, but this has also been a tournament where players like Craig Perks and Stephen Ames were able emerge from obscurity to notch the best win of their career. With that in mind, here is a look inside the numbers to see which players may contend for the title and help your Golf Channel Fantasy Challenge team in the process:

• Perhaps surprisingly, Sergio Garcia is the all-time leading money winner at this event, having won more than $3.4 million here in 12 appearances. The 2008 champion has made the cut 10 times, with a runner-up in 2007 and T-4 finish in 2002. Garcia will be making his first start this week since a T-12 finish at Augusta last month.

• Many American golf fans may not know Francesco Molinari - or at least may confuse him with his brother Edoardo. But the younger Molinari enters this week off a come-from-behind victory in Spain on Sunday, and has top-20 finishes in each of two stroke play events in the U.S. this year (T-13 at the WGC-Cadillac, T-19 at the Masters).

• Maybe more than at most PGA Tour venues, experience and course knowledge tend to pay dividends at TPC Sawgrass. Dating back to Fred Funk's victory in 2005, all but one Players champion made at least seven starts in the event prior to winning - the lone exception being Henrik Stenson, who won in his fourth Players start in 2009.

• If looking to back a player with less experience, Chris Stroud may be a strong candidate. Despite a MC at Quail Hollow, Stroud has seven top-25 finishes in 12 starts this year. He also seems to like the Stadium Course, finishing T-10 in his 2010 debut and following that up with a T-12 showing last year. Stroud has broken par in six of eight competitive rounds at TPC Sawgrass.

• Two rookies with local ties may be worth keeping an eye on. Matt Every and Bud Cauley both hail from the Jacksonville area and will make their first Players start this week. Every has had trouble making the weekend this year but has made the most of things once he's gotten there, with four top-10 finishes in only six made cuts. Cauley, along with John Huh and Harris English, has helped lead a strong 2012 rookie class.

• Seemingly out of nowhere, Ben Curtis is currently playing some of the best golf of his career. The last month has produced a win at Valero, followed by a T-13 finish at Zurich and T-5 at Wells Fargo last week - an impressive streak for someone with only one top-10 finish on Tour since June 2009 entering this year's Valero Texas Open. Curtis has used a hot putter to his advantage, finishing each of the last three weeks inside the top 15 in putts per GIR for the event.

• The Stadium Course tends to favor longer hitters, and few can hit it further than J.B. Holmes. Currently fourth on Tour with a 306 yard/drive average, Holmes has found this event to his liking recently, with four top-16 finishes here since 2007. In those four starts, he never finished with a putts per round average higher than 27.50 for the week.

Tune in to Golf Channel Thursday-Friday from 1-7PM ET for live coverage of The Players Championship.