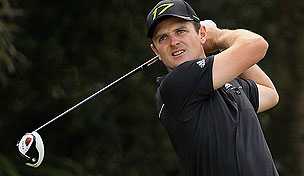 Getty Images
CHASKA, MN - AUGUST 14: Padraig Harrington of Ireland waits on the seventh green during the second round of the 91st PGA Championship at Hazeltine National Golf Club on August 14, 2009 in Chaska, Minnesota. (Photo by Sam Greenwood/Getty Images)  -

This week the golf world sets its focus on the Bay Area, as an elite field gathers at the Olympic Club to contest the year's second major. The Lake Course has no water hazards and only one fairway bunker, but its difficulty lies in narrow, sloping fairways and relatively small greens. As is always the case at the U.S. Open, players' entire games will be put to the test this week before a winner is crowned. With that in mind, here is a look inside the numbers to see which players may contend for the title and help your Golf Channel Fantasy Challenge team in the process:

• Few players can match the statistical credentials that Justin Rose brings with him into this week's event. Already a winner this year at Doral, Rose ranks in the top 10 on Tour in scrambling, scrambling from the rough, overall greens in regulation percentage as well as GIR percentage from 125-150 yards, 175-200 yards and 200+ yards. Rose also leads the Tour in par-4 performance and ranks 18th in par-3 performance, which should prove beneficial on a course whose first par-5 this week does not come until the 16th hole.

• As is often the case with the U.S. Open, ball-striking will be strongly emphasized this week as golfers play from narrow fairways into tiny greens. In 1998, Lee Janzen led the field in greens in regulation and was T-3 in fairways hit en route to victory. Three players currently rank in the top 10 in both total driving (distance + accuracy) and greens in regulation: Tiger Woods, Jason Dufner and John Senden.

• Jonathan Byrd has leaned on a strong short game this year in recording several high finishes on difficult courses. Byrd currently ranks eighth in scrambling and ninth in scrambling from the rough, and has carded top-12 finishes this year at some of the Tour's more difficult venues: Riviera, Quail Hollow, TPC Sawgrass, Colonial and Muirfield Village.

• One of the more intriguing design characteristics of the Lake Course is its use of reverse camber fairways. On six different occasions, the hole shapes from right-to-left while the fairway slopes from left-to-right, or vice versa. This will require both accuracy and the ability to shape the ball both ways off the tee, and should favor a pair of former U.S. Open champions - Graeme McDowell and Jim Furyk - who currently lead the Tour in driving accuracy.

• Steve Stricker holds the distinction of having recorded the best finish (T-5) in the 1998 U.S. Open at Olympic of anyone also in this year's field. Already a winner this year in Kapalua, Stricker currently leads the Tour in proximity to the hole and ranks in the top 20 in par 4 performance, driving accuracy and greens in regulation percentage. In '98 Stricker led the field (along with Lee Westwood) in fairways hit with 41.

• World No. 1 Luke Donald will rely on his stellar short game in his attempt to capture his first career major. Donald currently leads the Tour in scrambling, scrambling from the rough and total putting. Should the Englishman remain in contention into the final round his chances may increase; his 69.13 final round scoring average is also tops on Tour so far this year.

• While many courses place their toughest tests at the end of the round, the Lake Course famously taxes players from the very beginning. While the first six holes are treacherous, the final five holes will allow players opportunities to gain ground, with short or mid-iron approach shots on each hole. One player who may capitalize on this stretch is Sergio Garcia, who ranks in the top 15 on Tour in proximity from 100-125 yards, 150-175 yards and 175-200 yards.

• One of the last players to make the field, Spencer Levin will look to rekindle the U.S. Open magic he had in 2004 at Shinnecock Hills, where he finished T-13 as an amateur. Levin last played in this event in 2005, but has already carded three top-10 finishes on Tour this year thanks in large part to a strong putter. He currently ranks 11th on Tour in total birdies and 22nd in strokes gained putting.

Tune in to Golf Channel all week long for coverage of Live From: U.S. Open.