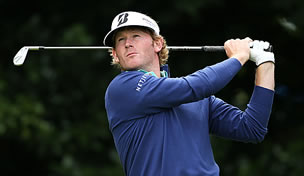 This week Sedgefield Country Club plays host to the Wyndham Championship, the final event of the FedEx Cup regular season. Often one of the lowest-scoring events on Tour, players will have to get used to totally new greens this year as the course changed the grass type on its putting surfaces only a few months ago.  Many players will be spending this week jockeying for playoff position, while others need a strong finish simply to make the field next week at The Barclays. With that in mind, here is a look inside the numbers to see which players may contend for the title and help your Golf Channel Fantasy Challenge team in the process:

• Coming off a missed cut at Kiawah, Brandt Snedeker is in need of a solid performance if he wants to have any chance at landing one of four available captain's picks for the U.S. Ryder Cup team. Snedeker - who scored his first career Tour win here in 2007, the event's final year at Forest Lake GC - will be looking for birdies early and often at Sedgefield. Currently ranking seventh on Tour in birdie average, there is reason to suspect he will find his fair share this week.

• Lucas Glover returns to a venue where he has experienced past success in the hopes of salvaging a dismal 2012 season. The 2009 U.S. Open champion has posted four straight top-30 finishes in Greensboro, including a seventh-place finish in 2010. He has yet to record a top-40 finish this year on Tour, though - missing 10 cuts in 15 starts - and at 218th in the FedEx Cup points race, he will almost certainly miss the upcoming Playoffs.

• Alhough Sedgefield CC has always emphasized reaching greens in regulation, that emphasis may be increased this year as the course transitions from bent grass greens to Champion Bermuda. Since the tournament re-established the course as full-time host in 2008, each eventual champion has hit at least 55/72 greens in regulation for the week en route to victory. Greg Owen, currently sixth on Tour in GIR percentage, is the highest-ranking player in the category teeing it up this week.

• If George McNeill wants to repeat his runner-up performance from last year, he will need to improve his play on the par-4s this week. McNeill, a winner on Tour earlier this year in Puerto Rico, led the Wyndham field in par-4 performance in 2011, playing the holes in -10 for the week. This year, though, he is 137th on Tour in par-4 performance.

• Among those without a victory here, few can match the Greensboro resume of Jason Bohn. In three appearances at nearby Forest Lake, Bohn posted a T-3 finish in 2005 and was runner-up the following year. In two starts since the venue shifted to Sedgefield, he finished T-2 in 2009 and T-12 last year; across both courses, Bohn has broken par in each of the 20 competitive rounds he has played in this event.

• Having seemingly rebounded from six consecutive missed cuts earlier this summer, Chez Reavie has now played the weekend in five of his last six events, including last week's PGA Championship. Expect Reavie to play most of his approach shots from the short grass this week; he ranks 18th on Tour in driving accuracy this year and was among the top eight in the field in fairways hit in each of two prior appearances at Sedgefield - resulting in a T-10 finish in 2009 and a T-9 showing last year.

• Thanks in large part to a Sunday 67, Blake Adams recorded his best finish of the year (T-7) at the PGA Championship and now has six top-30 finishes in his last nine starts dating back to the Memorial. Adams currently ranks fourth on Tour in total birdies and third in putts from 5-10 feet; if he can muster a performance in line with those standings on the new Champion Bermuda greens at Sedgefield, he'll likely card his third top-10 finish of 2012.