As fans returned to The Open in full force, players welcomed moment with open arms

SANDWICH, England – As Rory McIlroy made his way up the sun-splashed 18thfairway on Sunday at Royal St. George’s, he paused to savor the moment.

It'd been a minute.

McIlroy was nowhere close to the lead. He wasn’t even close to the leaders, who were making their way to the second green just as the Northern Irishman was putting the finishing touches on his week at The Open Championship.

It wasn’t just The Open competition that he had missed, it was The Open experience. The iconic grandstands, which were already filling up hours before the day’s dramatic finish, the hillsides filled with fans, the knowing applause for good shots, the hushed murmurs for the bad, all as much a part of the game’s oldest championship as deep gorse and heavy wind.

“It’s awesome. I don’t think you’re going to hear one complaint from the players about this week. The bubble was a little restrictive at times, but when you get here and get to the golf course it was a brilliant atmosphere all week,” McIlroy said. “Long may it continue.”

Last week’s Open Championship was the first time golf welcomed back a full house since Day 1 at the 2020 Players Championship. That was the day before COVID-19 brought golf, and everything else, to a jarring halt and set the stage for a slow, and lonely, return to competition.

There were “soft” openings along the way. This year, there were “limited” patrons at the Masters, and the U.S. Open also went with a smaller-than-normal footprint because of continued restrictions in California. The PGA Championship in May was the closest Grand Slam golf had come to a capacity crowd with a reported 10,000 a day at Kiawah Island, although anyone who watched Phil Mickelson’s historic victory would consider that a low estimate.

But all of those experiments were well short of what we’ve come to expect at a major championship. Until last week.

The R&A expected an estimated 32,000 a day at Royal St. George’s, and the final official figure for the week was 152,330. Following a long and lonely quarantine, it was a predictably outspoken 152,330.

“It’s the way it should be," Brandt Snedeker said. "It’s good to have the juices flowing again, the excitement, people cheering for you, people giving you a hard time when you don’t hit good shots. It’s nice to hear the roars again."

McIlroy wasn’t the only player to take a moment to enjoy Sunday’s atmosphere. PGA Tour golf had been inching its way back to normal for months, but this was unforgettably familiar.

“It was dope," Tony Finau said. "I came down the 72nd hole, I’m not near one of the last groups, but it was pretty cool. There’s no atmosphere like the 72nd hole at The Open and it’s because of the way they set these stands up, the warm welcome."

Crowds in the United Kingdom are considered some of the most educated and golf savvy in the world and having been starved for live sports – any sport would do, honestly – the chance to attend the championship following last year’s cancellation was a worthy celebration.

But it was the players, who had been conditioned after 14 months of pandemic play to embrace the silence, who truly understood what last week’s gathering meant.

“I was telling [caddie Scott Sajtinac] earlier today that there’s nothing better than teeing off the first and then coming up the 18th green with that amphitheater-like setting like you always have,” Snedeker said. “Such a cool feeling and to have that back here. I think this place needed it more than most places.”

Added Finau: “I didn’t know how much I missed it until I was here. I was playing with Billy Horschel and his caddie and they both came to me and said, ‘Didn’t you miss links golf and The Open?’ I’m like, yeah, I did.”

Monday is freedom day in the United Kingdom, as the government peels away almost all of the remaining COVID-19 restrictions. In some ways, that day came a week earlier for golf.

Nearly a year and a half after the pandemic forced tours around the world to shut down, the 149th Open felt like a full-throated return to a full house. 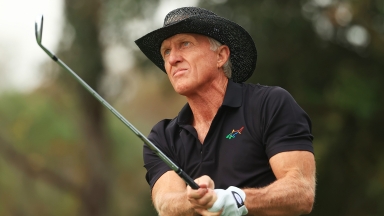 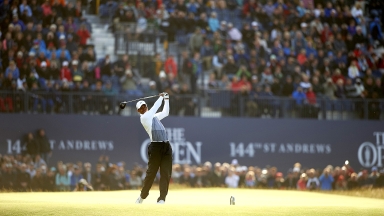 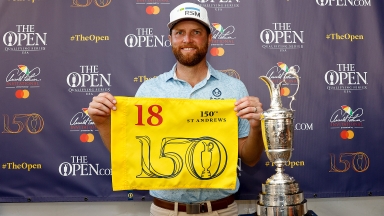