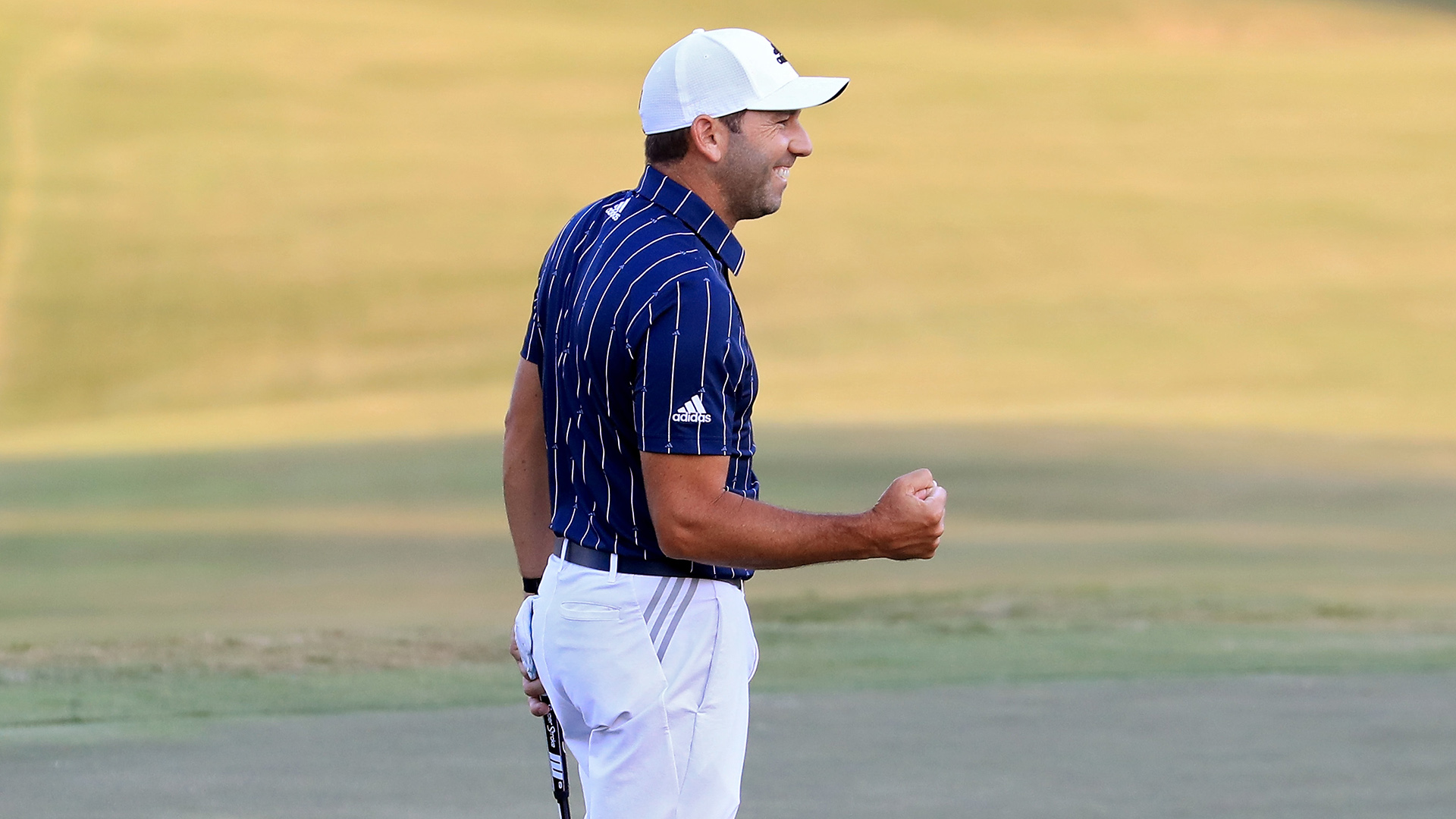 The putt was short enough that he could make it with his eyes closed.

Sergio Garcia didn't have to sweat much over the final shot that clinched the Sanderson Farms Championship, his first PGA Tour victory since the 2017 Masters. It was only 2 feet 6 inches in length, barely more than a tap-in after the Spaniard hit the shot of the tournament from the final fairway.

But just like with the other putts he stroked this week, Garcia wasn't watching when he rolled in one last birdie putt to close out a final-round 67 to edge Peter Malnati by a shot at the Country Club of Jackson.

"Well, I guess eyes closed is probably normal for me now," Garcia said. "I realized that I get too caught up in trying to make it too perfect instead of just letting myself do it. You don't have to hit a perfect putt every time to be able to make it."

Garcia, 40, has been one of the more cerebral players on Tour for more than two decades. But even after starting with a share of the 54-hole lead in Mississippi, it didn't appear likely coming down the stretch that he'd be able to add to his trophy haul this week. Garcia played his first 13 holes in 2 under, a solid score for a co-leader but not good enough to keep pace with Malnati, the 2015 winner who blistered the course with a closing 63.

Facing a two-shot deficit with five holes to go, Garcia authored two swings that flipped the script: the first, a 5-wood from 260 yards on No. 14 that nestled to within 4 feet for eagle; and then his final approach from 172 yards that hit so close that Malnati, warming up on the nearby range in anticipation of a possible playoff, could only laugh.

"I stood up on 18 and I did what I've been doing all week. I trusted myself," Garcia said. "Funny enough, my last win on the PGA Tour, at Augusta, it was the 8-iron on 15. This time it was the 8-iron on 18. To almost hit the pin again, and to hit it that close, obviously it was a dream come true."

There were few signs entering this week that self-trust would amount to much for Garcia, who was making his first-ever Sanderson appearance. He had missed three of his last four cuts, including each of the first two majors this year, and had dropped out of the top 50 in the world rankings for the first time since 2011. In nine starts since the break, he had finished better than T-32 just once - a T-5 finish at the RBC Heritage in June.

Asked if he had become frustrated by media asking him what's wrong with his game, Garcia shed some perspective on his recent drought.

"I really wasn't that frustrated," he said, "because nobody was really talking to me."

But Garcia has had some success in the southeast before, capturing the 2012 Wyndham Championship in addition to his green jacket from three years ago, and this week he once again delivered to salvage an otherwise uneventful season and extend a streak of years with at least one worldwide victory to 10 in a row.

While players like Malnati were eyeing the nearly three-year exemption that came with the win, not to mention a trip to the 2021 Masters, Garcia doesn't have concerns about either given his major breakthrough three years ago. But Sunday's back-nine rally continued a trend of veterans emerging in the Tour's early part of the 2020-21 season, following wins by Stewart Cink and Hudson Swafford. It also showed that the Spaniard still has plenty of firepower despite a recent run of lean results - even when his eyes are closed.

"I don't take any wins for granted," Garcia said. "To me, winning nowadays anywhere in the world is tough. There's so many great young guys playing, and they play the game at an unbelievable level. Any win you can get, it's always something to really have in your heart."