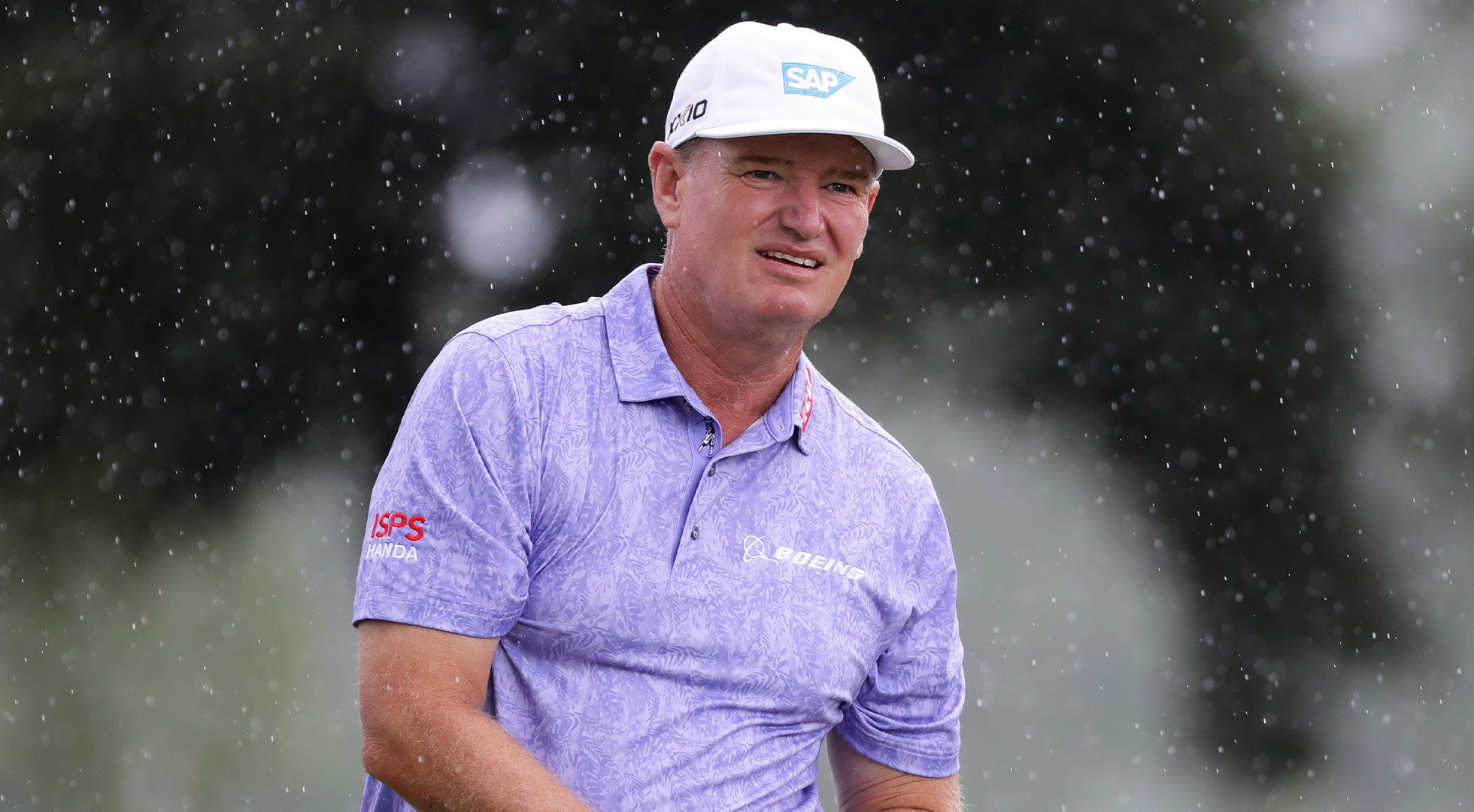 ENDICOTT, N.Y. — Ernie Els opened a three-stroke lead Saturday in the Dick’s Sporting Goods Open, reeling off five straight birdies on the front nine in a 7-under 65.

Els birdied Nos. 2-6 at windy and rainy En-Joie Golf Club, added another on the par-4 ninth, made eight straight pars and closed the bogey-free round with a 15-foot birdie putt on the par-4 18th to get to 11-under 133.

“I hit a lot of greens and when I hit the greens, I made some putts, so that was a good key for me,” Els said. “The conditions were quite tough. Rain and wind kind of came and went so you kind of had to keep the ball in front of you. Finishing on 16 making a good par save and making a birdie on 18 was big.”

Making his first appearance in the event, the 51-year-old South African star is in position for his third PGA Tour Champions victory after winning twice last season. He has four major titles, the last in the 2012 British Open.

“It depends on conditions,” Els said. “We had it all today, a bit of rain, a bit of wind, a bit of everything, so hopefully it gets a little better tomorrow. But I’ve got to score well tomorrow. The guys are going to come out of the pack, there’s going to be guys shooting low, so just kind of got to do what I can do.”

Cameron Beckman was second after a 69. He’s winless on the 50-and-over tour after winning three times on the PGA Tour.

“You never want to play in the rain, but we had a couple spots where it was raining pretty good,” Beckman said. “Especially, on the par 5s. It kind of affected how far the ball was going off the tee and we weren’t able to get to some of them. Tomorrow’s going to be a good day and hopefully we crank ’em up.”

The U.S. Senior Open is next week at Omaha Country Club in Nebraska. 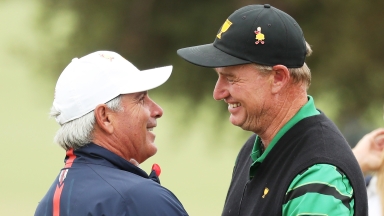 The new Icons Series, featuring iconic athletes from around the world, is set for its inaugural event. 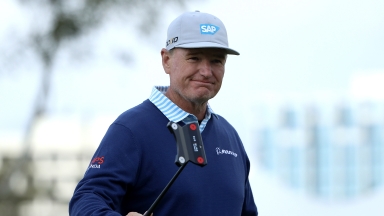 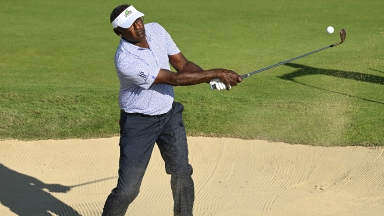