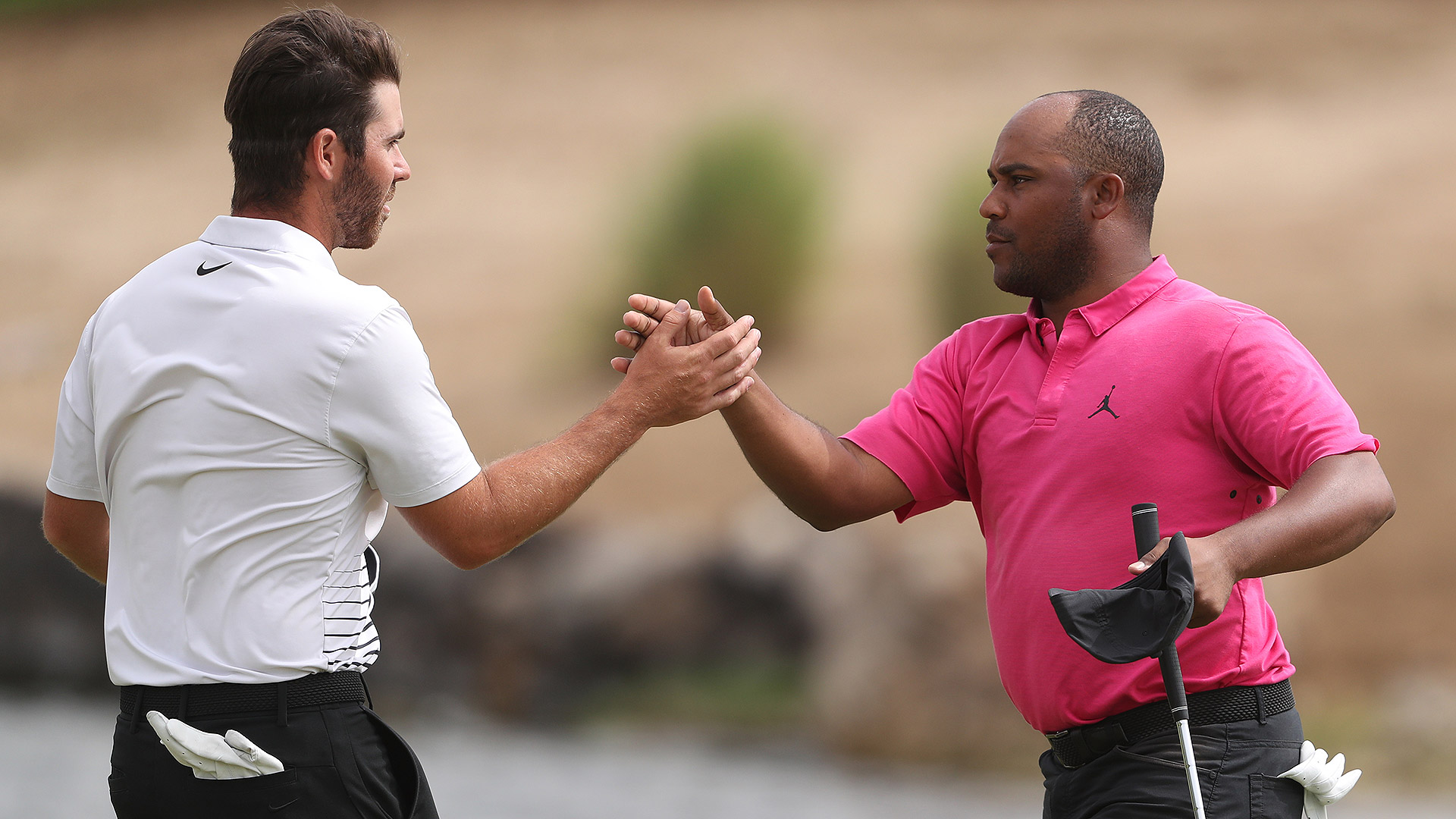 KING ABDULLAH ECONOMIC CITY, Saudi Arabia – Defending champion Dustin Johnson shot a 1-over 71 to fall six strokes behind co-leaders Harold Varner III and Adri Arnaus at the Saudi International after a windy second round on Friday.

Varner and Arnaus carded 66s to reach 10 under overall while Johnson finished his front nine with back-to-back bogeys and dropped another shot on No. 16 – to go with his two birdies – in pursuit of a third victory at the event.

Cameron Smith (66) and Matthew Wolff (67) were two strokes off the lead at Royal Greens Golf and Country Club, and Tommy Fleetwood’s 67 left him a further shot back, alone in fifth place.

Arnaus, a Spaniard who played at Texas A&M, had seven birdies. His three bogeys came on the front nine.

“You have some opportunities that you want to take advantage of but definitely the most important thing is to keep the ball in a good spot for you to be able to score and try to have your game as complete as possible and we were able to do that today so pretty happy,” the 27-year-old Arnaus said.

With the wind gusting up to 30 mph, “you just have to commit to your shots,” he said, adding that the talented field has pushed him to play his best.

“It motivates me to play with these guys,” Arnaus said. “I’m certainly enjoying it and I’m ready for the weekend.” 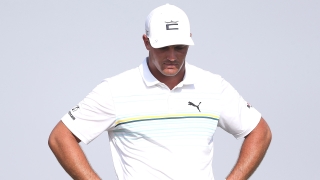 Amid strain, is Bryson's body pushing back?

Bryson DeChambeau withdrew from the Saudi event, citing injury. After pushing his body to the limit, maybe that limit as been met.

The No. 5-ranked Johnson is one of a slew of high-profile players from the PGA Tour and DP World Tour on big appearance fees at the opening event of the Asian Tour, and he’s looking to back up his titles from last year and 2019. He finished second in 2020.

Bubba Watson (70) was four strokes off the lead for a share of sixth place. Phil Mickelson and Tyrrell Hatton both shot 69s to join Johnson six strokes back.

Varner started on No. 10 and was 1 over on the day after his second and last bogey, on No. 16, before he rattled off four straight birdies among his six, overall.

Bryson DeChambeau withdrew before the second round because of left hand and left hip injuries. He opened Thursday with a 3-over 73.

First-round leader Matteo Manassero (73), a one-time prodigy in European golf who fell off the main tour and now competes on the second-tier Challenge Tour, slipped five shots off the lead. 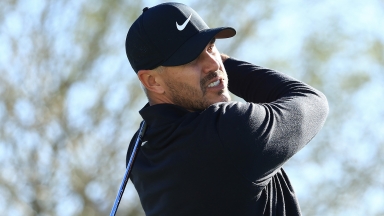 Koepka: 'said what I said' on Phil; 'happy' on Tour

"I said what I said, I don't need to say anything more," Brooks Koepka said, while Jon Rahm steered clear of any controversy. 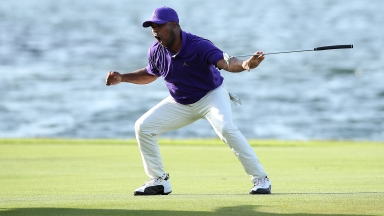 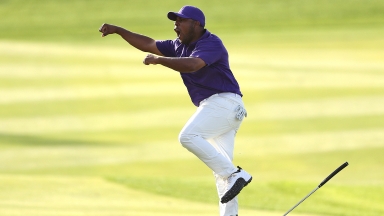 Harold Varner III drained a long eagle putt on the final hole to win the Saudi International in walk-off fashion on Sunday.