How an alternate became one of the top stories at the U.S. Senior Women's Open 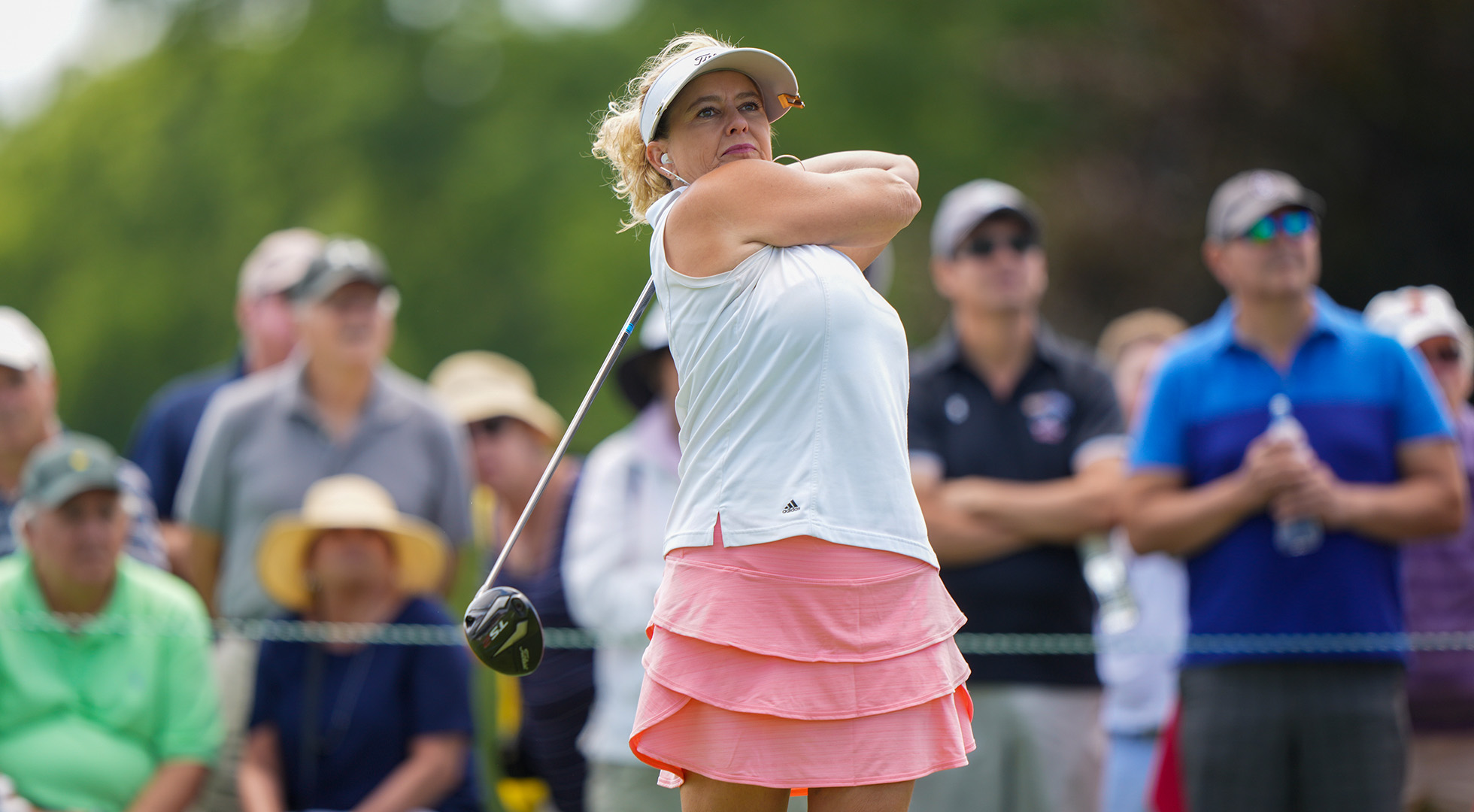 Dana Ebster made the most of her time at this year's U.S. Senior Women's Open as the tournament's first alternate, and she'll be able to do it again after a T-10 finish got her into next year's tournament.

Ebster, whose only LPGA start came at the 2000 U.S. Women’s Open, got a chance to play at Brooklawn Country Club after current NBC Sports and Golf Channel commentator Kay Cockerill withdrew from the major to cover Olympic golf in Tokyo, Japan.

Ebster, 51, runs the junior academy and is a shop assistant at Turlock Golf and Country Club in Turlock, California. The club raised the money to send her to Connecticut, where she said she was on cloud nine with her son, Chris, on her bag.

"Oh, my gosh, it was so much fun," Ebster, who finished at 3 over, said. "Walking down that last hole and my marker turned to me and said, 'Are you enjoying this?' And I go, 'Yes, I'm so bummed that it's going to end.'"

Ebster was tied for the lead after Round 1 with Annika Sorenstam, the tournament's eventual winner, after shooting a 67. The two met the next morning on the course and Sorenstam's husband, Mike McGee, tweeted a photo of them.

"I was over at the chipping green and I told my son, I said, 'We should go up and move those balls because she's coming over to chip and they're in her way,'" Ebster said. "[Sorenstam] started walking up to the green to move them and her husband, who is caddying for her, he goes, 'Good round,' and I go, 'Thanks,' and he goes, 'Can I get a picture of you and Annika,' and I'm like, 'Yeah.'

"[W]e took a picture and I said, 'Can I get a selfie?' That's my thing, I take selfies. So that was fun. Then we chatted a little bit."

Despite all the excitement, Ebster was ready to be back in Turlock by Tuesday morning for work. But after her magical week over 3,000 miles away from home, she'll have a few extra days to enjoy it.

"[Turlock Golf and Country Club's] head pro, he called me last night and left me a voicemail and saying, 'Sorry, I put you on the schedule for Tuesday morning,'" Ebster said. "'We need you at 4:00 in the morning because we got a junior tournament,' and I'm thinking, seriously? I go, 'OK, I'll be there.' And then he called me and he goes, 'I'm just kidding' ... oh, OK, great." 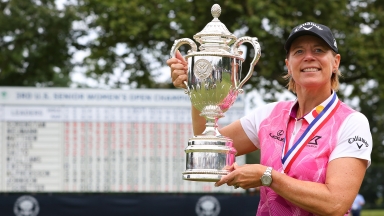 Annika Sorenstam ran away with the U.S. Senior Women’s Open on Sunday, closing with a 4-under 68 for an eight-stroke victory. 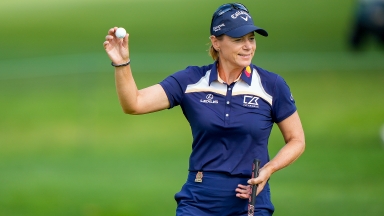 Sorenstam leads Neumann by 2 at USSWO

Annika Sorenstam shot an even-par 72 on Saturday to take a two-stroke lead into the final round. 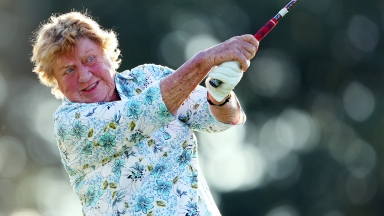 The 82-year-old failed to reach her goal of making the cut at the U.S. Senior Women's Open, but she broke some records anyway.