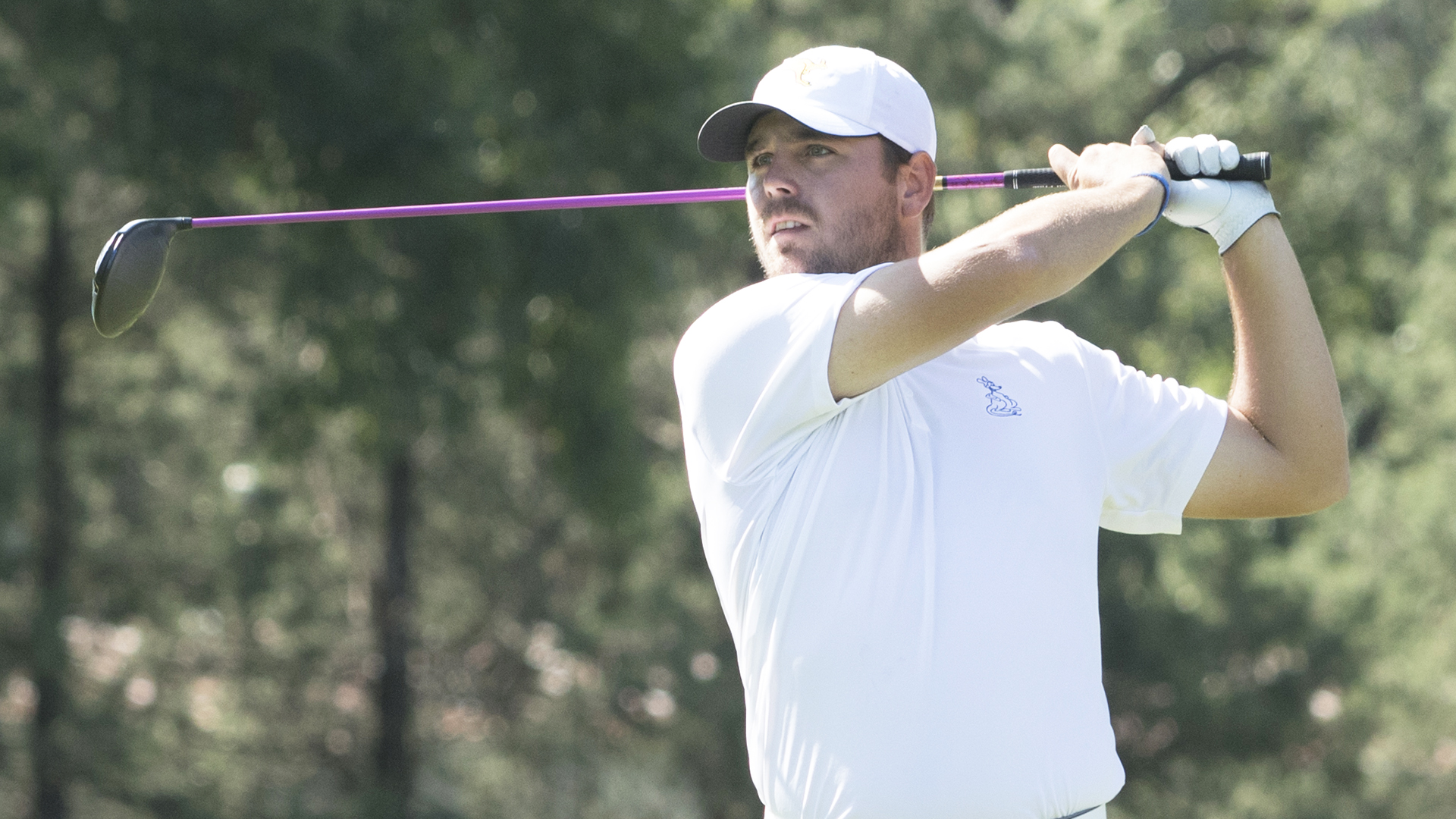 The college-golf careers of many seniors around the country came to a sudden end on March 12 when the NCAA decided to cancel all remaining athletics because of the COVID-19 pandemic. GolfChannel.com will highlight some of these seniors and their stories.

Sam Humphreys has seen it all during his college golf career.

His team folding after his freshman season.

Finding out he had cancer.

Beating the disease, only for his senior year to be cut short because of the coronavirus pandemic.

“I think I might have more trials than other people have had, but everyone has their own trials," said the Edmond, Oklahoma, native. "You just have to keep a positive mindset and have faith, succeed and have fun every single day because you never know what’s going to happen.

Even prior to stepping foot on a college campus, Humphreys had trouble cracking the starting five at powerhouse Edmond (Okla.) North High. It wasn't for lack of talent; the team Humphreys' senior year featured a handful of Division I players, including Nick Heinen, Hayden Wood, Austin Eckroat and Tyson Reeder, who would all go on to play at Oklahoma State, and Griffin Pierce, who headed south to play at Oklahoma.

Overshadowed, Humphreys didn't receive a scholarship offer until the day before the early signing period began in November 2013, when he got a call from then-Tulsa head coach Bill Brogden. Staying close to home was important for Humphreys, so he accepted.

After redshirting his first year, Humphreys surged to the top of the rebuilding Golden Hurricanes' lineup. Life was good. Little did he know what was coming. No one did. That March, a few weeks before the conference championship, Brogden called a team meeting. The players figured Brogden, who was retiring at the season's end, was announcing his replacement.

As they filed into Brogden's office, Humphreys and his teammates started to get texts and see tweets that Tulsa had cut its men’s golf program.

“I just went home and I had no clue where I was going for the whole summer,” Humphreys said.

While back at his home course, Oak Tree National, a friend tipped him off about J.W. VanDenBorn and the University of Missouri-Kansas City. After a short phone call, Humphreys was off to his next adventure with the Roos.

"Sam just needed a group to believe in him," VanDenBorn said. "Sam is a fighter and a competitor, a gamer. He always has something to prove."

As a sophomore, Humphreys started slow but finished T-13 at the WAC Championship, where the Roos placed second. Life was again looking bright for Humphreys.

“That led into the best summer and year of my life,” said Humphreys, who qualified for U.S. Open sectionals that June. “I was playing really good golf and then it just led in to that school season, and that’s when I played the best golf of my life.”

Humphreys' junior season featured a career-low 66, one top-10, two top-20s and a MAC Championship title for UMKC, which afforded Humphrey the chance to play an NCAA regional at Jimmie Austin Golf Club in Norman, Oklahoma, just 40 miles from where he grew up.

The season ended there, and Humphreys again headed back home for the summer. A few weeks later, while preparing for the state's stroke-play championship in Tulsa, Humphreys stepped on the face of a club to pick it up, as he'd done many times before, when the shaft rocketed into Humphreys' groin. 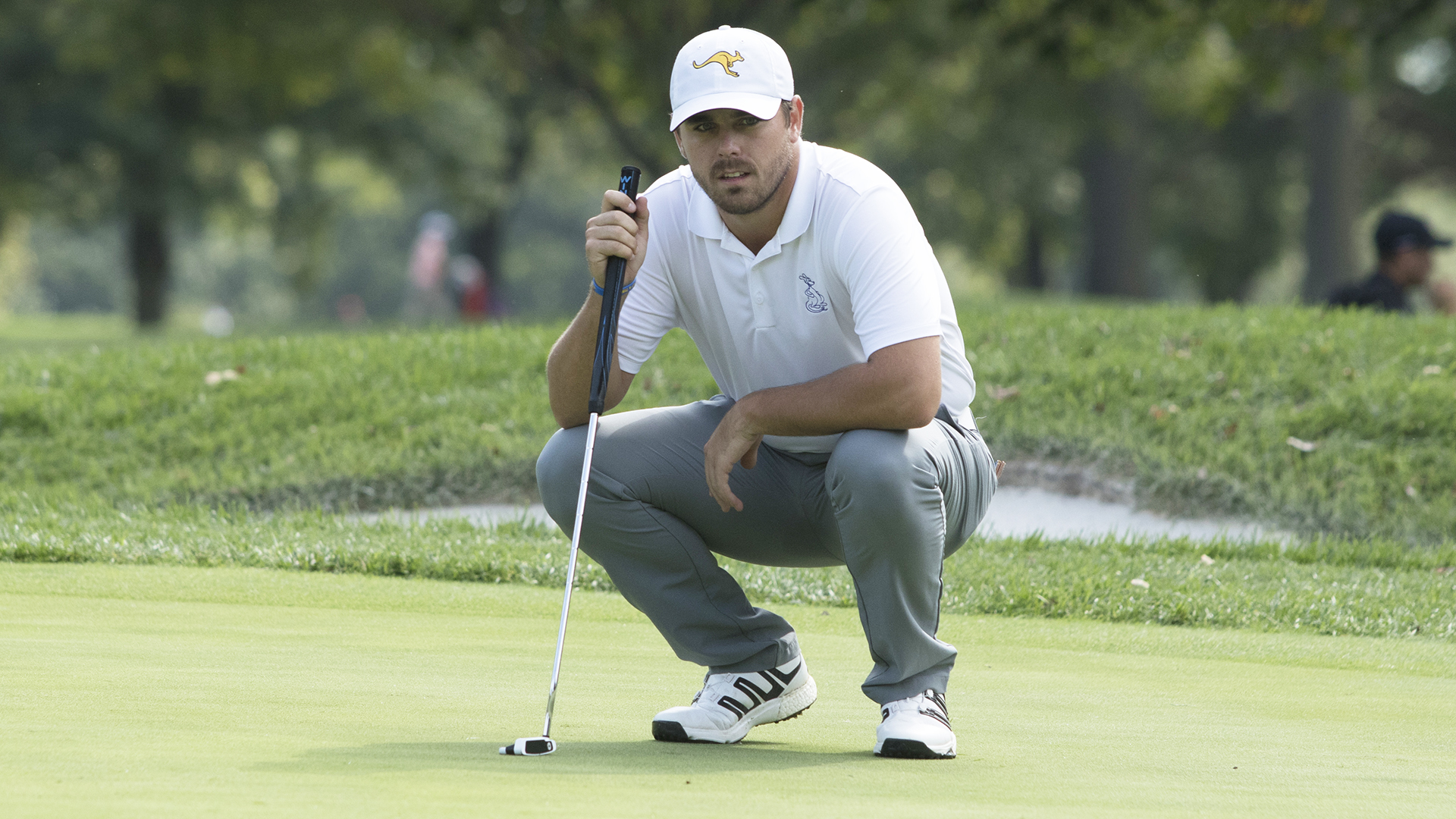 "You have testicular cancer." Humphreys will never forget those words as his dad, Craig, just off the phone with Humphreys' doctor, told him to prepare for surgery the next day.

In the blink of an eye, life changed for Humphreys, who a day earlier gutted out a T-7 finish at Tulsa Country Club. Instead of staring down a monster par 5 on the golf course, Humphreys found himself in a head-on battle with cancer, something most 22-year-olds don't even think about.

"It's a call you never expect to receive from one of your players, and certainly not one you are ever prepared for," VanDenBorn said. "I just remember feeling so helpless for Sam. He had already been through more than most in his college career, and now he was faced with a cancer diagnosis entering his final season."

Humphreys went through the initial surgery on June 14, 2018, with no complications. A month later, he was back playing golf. But that only lasted a few weeks. His latest CAT scan revealed the cancer had spread to his lymph nodes. Humphreys now had to endure chemotherapy.

“I wouldn’t wish that on anybody,” Humphreys said. “It’s like having the flu and being hungover at the same time. … I would wake up and drink pickle juice and go back to sleep to help me stop throwing up while I was sleeping.”

But the ever-positive Humphreys clawed his way back. Less than five months after surgery, test results revealed Humphreys was cancer-free. He had beaten testicular cancer.

“I never heard Sam complain or say ‘why me’ once,” said Craig Humphreys. “I saw Sam learning that there is more to life than golf. He experienced God’s healing, growing closer to God along the way, and I think he learned to appreciate life more.”

Winning the battle against cancer was not easy. Humphreys returned to UMKC that January to start his spring semester. “Just to feel normal again,” he said, but his body was still recovering from the chemo.

Humphreys had to take a medical redshirt.

When he rejoined the team in the fall for one last run with the Roos, Humphreys had worked hard to try and regain the form he had the previous summer. But cancer had forced him into the deepest of holes, and Humphreys was still trying to dig his way completely out when he failed to qualify for the team's first two events this season.

He returned at Quail Valley and tied for 53rd. The next event, he nearly cracked the top 30. At UMKC's spring opener, the Border Olympics, he shared 90th. The comeback wasn't going to be easy, but Humphreys, like he had done many times before, was determined to not give up.

This time, though, he had no choice. On March 12, Humphreys and his teammates were preparing for their next tournament, the Louisiana Classics, as the COVID-19 outbreak continued to worsen.

Then came the gut-wrenching news: the NCAA had decided to cancel the rest of their season, and effectively the final months of Humphreys’ college career.

While seniors could potentially receive an extra year of eligibility, per an NCAA announcement, Humphreys doesn't want to stay for what would be a seventh year. He's ready to try his hand professionally, despite the uncertainty at the next level. With most tournaments in the next couple of months being canceled or postponed, Humphreys hopes to play on the All Pro Tour, which is still holding events.

As has been the case for much of his amateur career, Humphreys doesn't know what the future holds. But he's been through the wringer, and he's ready to tackle whatever comes next.

"It’s the only way I’m getting through it right now.”