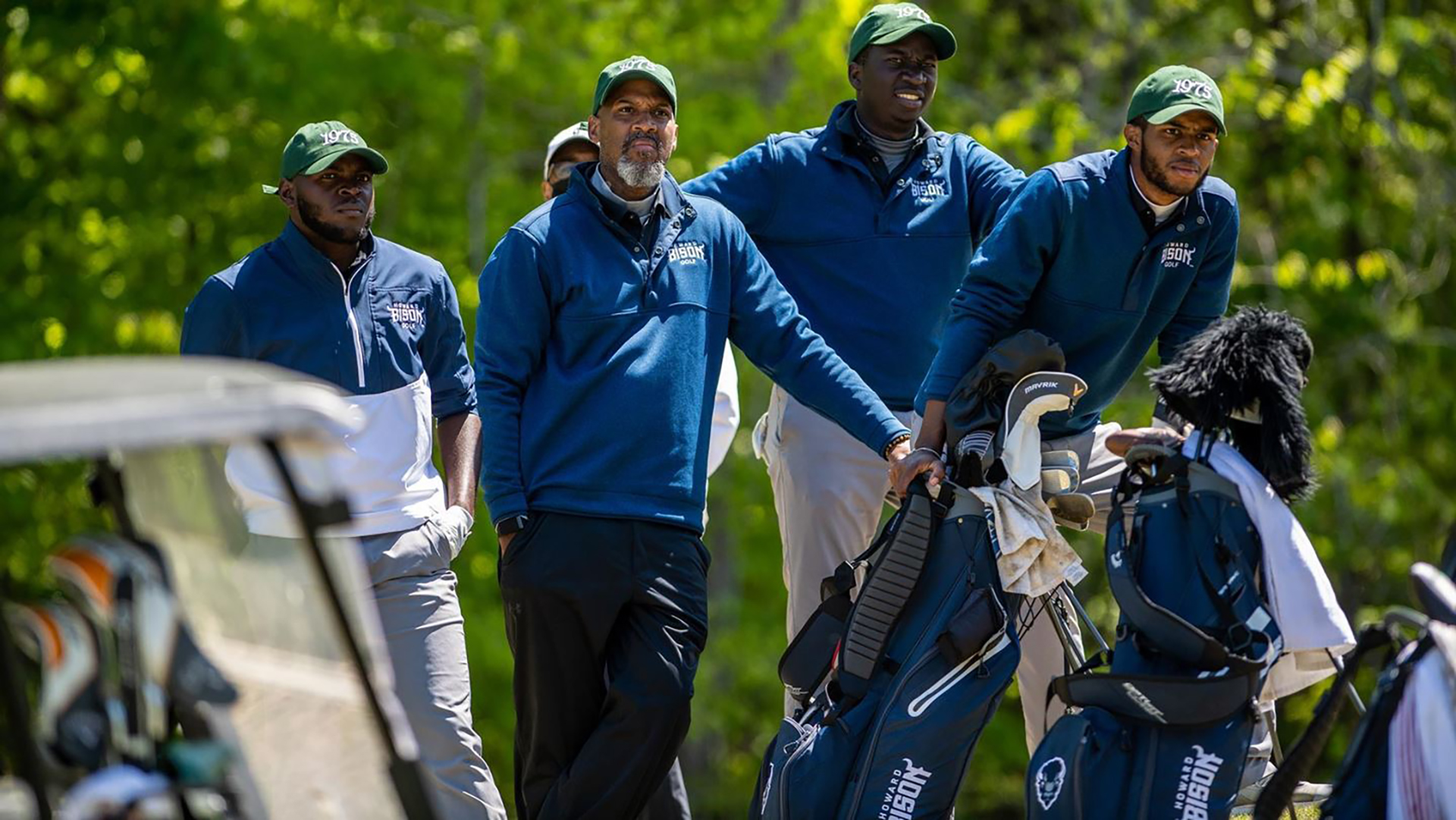 Just like the NBA star who helped them get here, the Howard Bison drained plenty of threes Monday at TPC Sawgrass.

The first-year program, which was funded by Golden State Warriors point guard Stephen Curry, combined to count 10 birdies and posted a 19-over opening round to take a four-shot lead over Prairie View A&M after 18 holes of the PGA Works Collegiate Championship’s Division I men’s competition.

The Bison, which finished third and 27 shots behind winner Florida A&M at last month’s MEAC Championship, was eight shots better than the Rattlers on Monday at the Stadium Course. Howard’s Gregory Odom Jr. is currently the only player under par, at 1 under, entering Tuesday’s second round on the Dye’s Valley Course.

“It’s pretty exciting to see the guys enjoying themselves,” said Howard head coach Sam Puryear, who coached at Michigan State and Stanford before arriving at Howard. “Our guys have worked really, really hard. For a new team trying to put things in place and to come out to a place like this and have a chance not to just be competitive … we keep saying our goal is to win.”

Varadan shot 2-under 70, including making an eagle on the short par-4 12th, on the Stadium Course, just across the street from Sawgrass Country Club, where he won the 2016 AJGA Junior Players Championship.

Also Monday, The Players Championship announced a $50,000 donation to help reinstate the women’s golf program at Edward Waters College, Florida’s first HBCU and about 30 minutes from TPC Sawgrass. The grant makes EWC one of just two HBCUs in the state to offer a women’s golf program and will help EWC recruit and select a coach, fund student-athlete scholarships and assist with overall operational expenses as the program plans for a 2022 launch date.