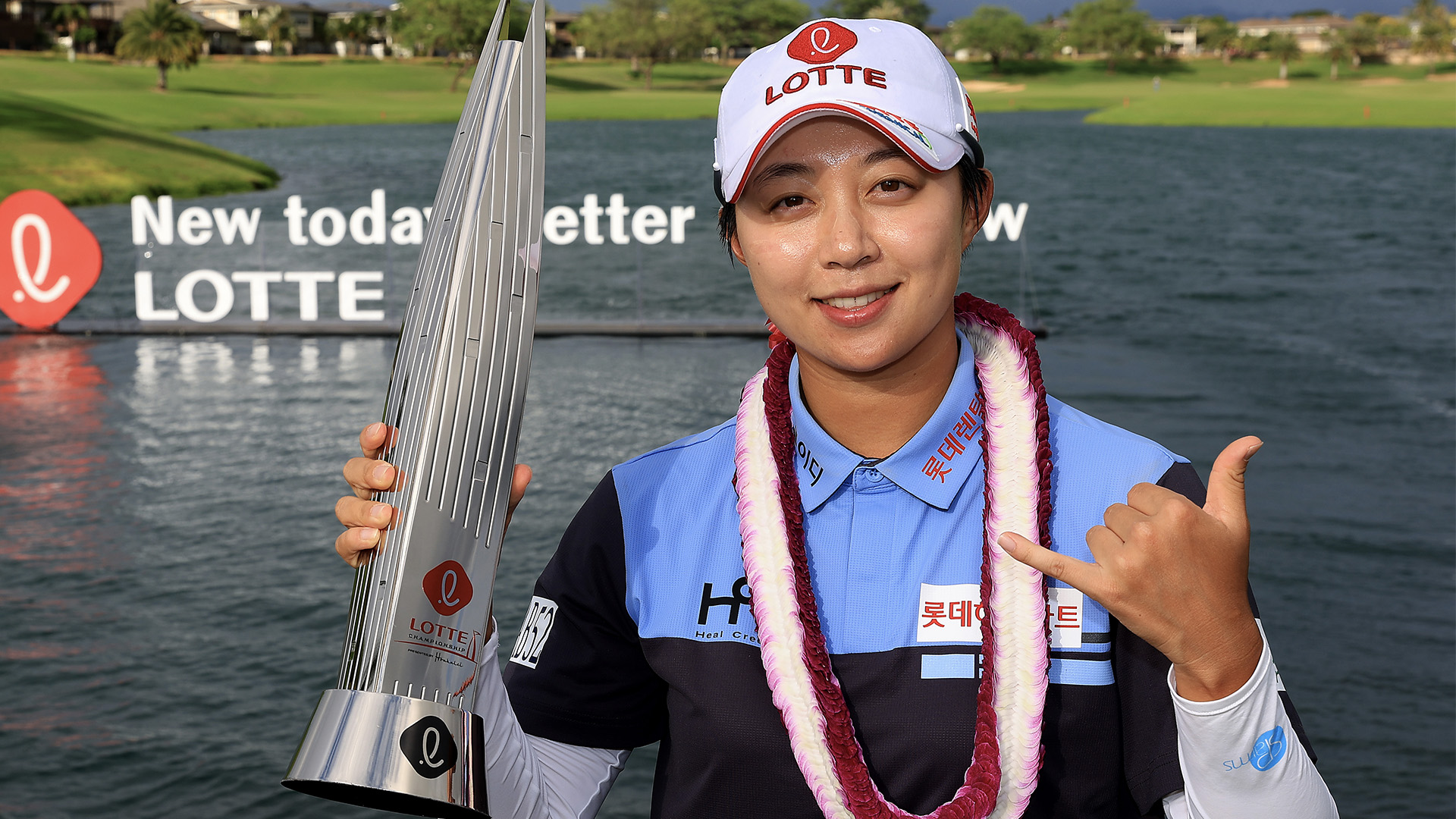 “There were a lot of expectations but also a lot of support coming from friends and family as well,” said Kim, who won a major at age 19 in the 2014 Evian Championship. “There have been ups and downs and I think I am at the up part right now and I feel very proud, a little confident about the future and the outlook looks bright for me and I feel like I can do better moving forward.”

The 26-year old South Korean star had a three-stroke lead after both the second and third rounds and held off a final-round push from Shibuno, the Japanese player who a bogey-free 70.

Kim played the front nine in 1 under. She put her approach on the par-5 fifth hole, which played at 540 yards, inside of 3 feet to to set up a birdie. She birdied No. 8, but bogeyed the par-3 ninth hole that went from a third-round yardage of 146 yards to 184 for the last round.

Kim birdied No. 18 after a bit of drama. She missed the fairway with her tee shot and found the right rough. Her second shot crossed the fairway and nestled into the first cut of the left rough. With her third, however, Kim recovered with a pitch shot that left her with a tap-in.

Kim is one of 10 players who have played in all 10 LOTTE Championships since the tournament debuted in 2012.

“I have been playing in the LOTTE Championship since the inaugural championship and then because LOTTE is my personal sponsor I always wanted to win and do well," she said.

Shibuno left herself with just over 200 yards to the front of the green with her second shot on 18, but her ball hit the lip of a greenside bunker and fell back in. She went on to par the hole.

“I was having very fun playing with her. My putting was a little, you know, couldn’t go in, so that was the (difference) with her,” Shibuno said.

Brianna Do, who played in the final group alongside Kim and Shibuno, started the round three strokes back of the lead, but struggled with a 77 and tied for 12th. Do was seeking to become just the third local qualifier to win an LPGA Tour event and the first since Brooke Henderson in the 2015 Portland Classic. 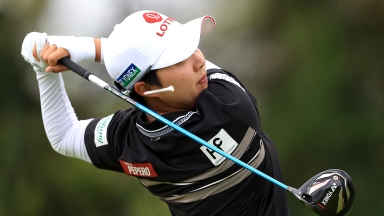 Hyo Joo Kim rallied with two late birdies for an even-par 72 to maintain a three-stroke lead Friday in the LPGA Tour’s Lotte Championship. 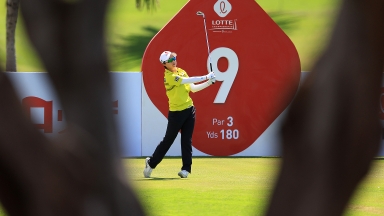 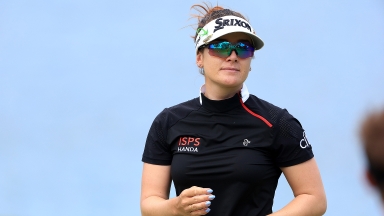 Hannah Green shot a 6-under 66 on Wednesday to take the lead after the first round of the LPGA Lotte.