James Piot leads 1 up against Austin Greaser after 18 holes of U.S. Amateur final 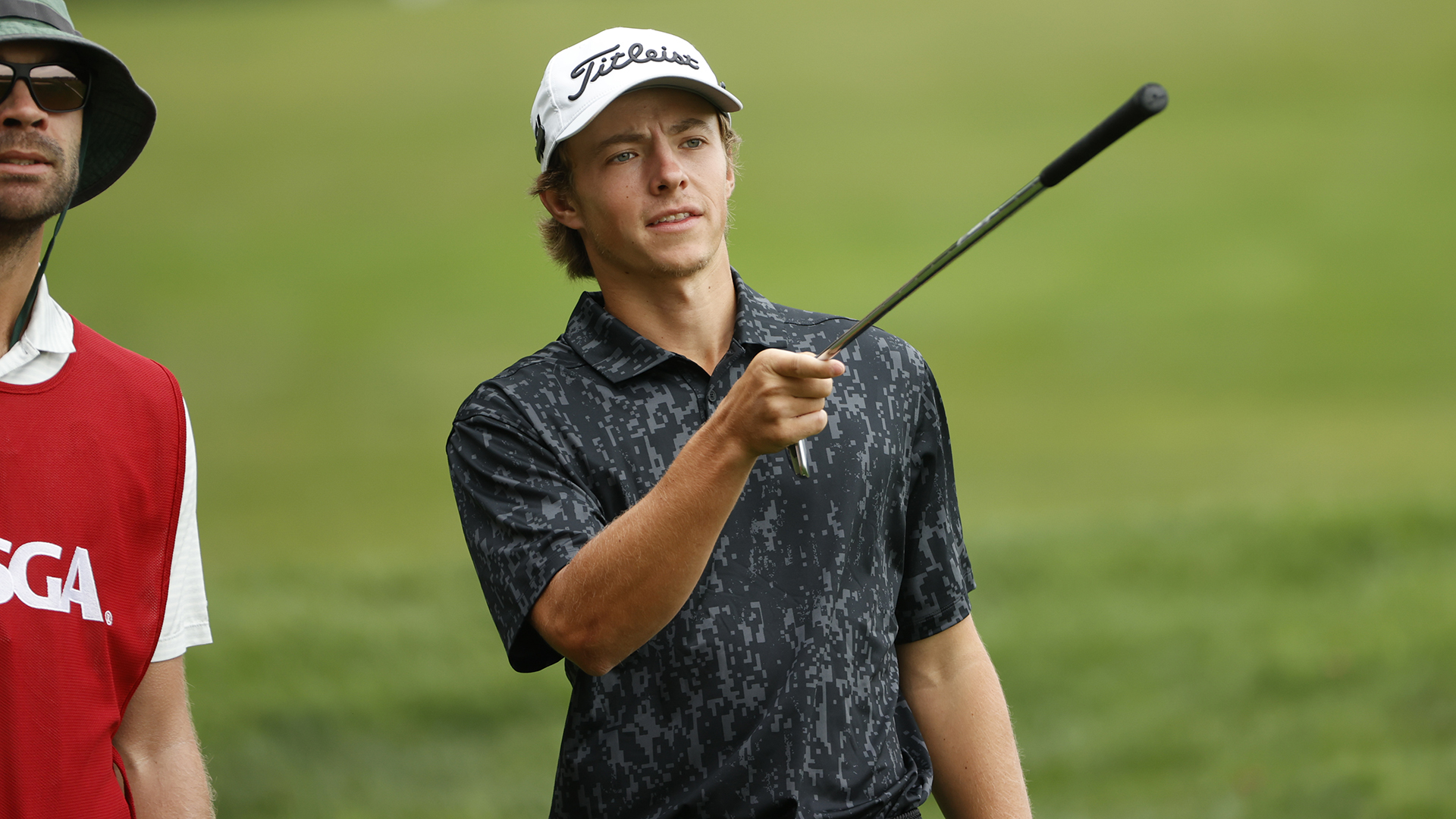 OAKMONT, Pa. — James Piot stuffed his approach to 4 feet on the 18th hole for a conceded birdie and a 1-up lead over Austin Greaser after the morning round of the U.S. Amateur final.

For most of the morning, it was a matter of trying not to give away holes at Oakmont Country Club, which was living up to its reputation as among the toughest courses in America with the fastest greens.

Only two of the last 10 holes from the morning 18 were halved, and five were won with pars.

Piot took the first lead of the match on the short par-4 second hole when Greaser was 50 yards from the pin in the fairway and took five shots to get down. His pitch just missed going over a ridge and raced some 30 yards back off the green. His second pitch barely stayed at the bottom of the green and he three-putted from there.

Piot, a Michigan State senior who grew up on public golf courses, was 1 down when he won three straight holes for a 2-up lead, the largest margin of the morning. Greaser three-putted the ninth and 10th holes, and his chip from 25 feet behind the green at the 11th rolled slowly by the cup and didn’t stop until it was 30 feet away.

Piot found a bunker off the tee at the par-5 12th, leaving him more than 200 yards out for his third shot and leading to a bogey. Two holes later, Greaser again ripped driver onto the green at the par-4 14th and two-putted from 40 feet for birdie to tie the match.

Greaser won the 15th when Piot three-putted from long range, and then gave it back with a three-putt bogey of his own from the bottom of the 16th green.

Both players already are assured of going to the Masters and U.S. Open next year by reaching the finals. The winner also is exempt to the British Open next summer at St. Andrews.

Greaser was about 40 feet to the right of the flag on the 18th and, with Piot in close, rammed his putt about 12 feet by and missed his par putt. Greaser had not played the 18th hole since the qualifying round. His previous five matches ended on the 17th hole or sooner. 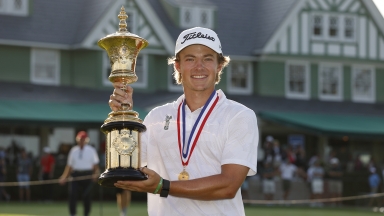 Michigan State's James Piot always believed he could accomplish something special, and he did just that Sunday at Oakmont by winning the U.S. Amateur. 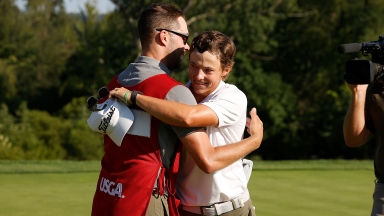 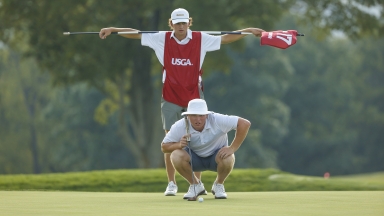