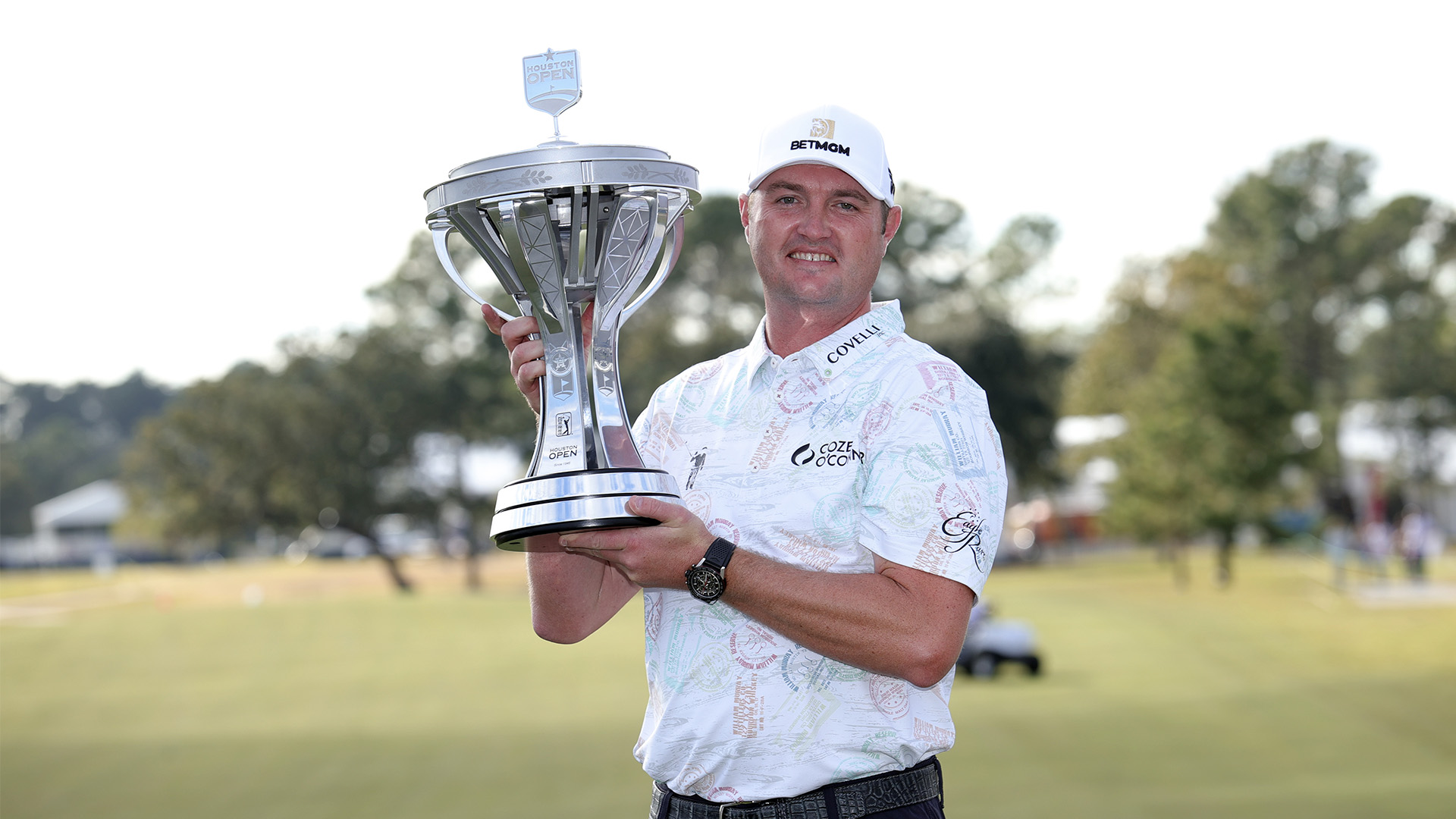 HOUSTON — Jason Kokrak had reason to believe he shot himself out of the Houston Open on the back nine Saturday morning. He played it 10 shots better when it counted Sunday afternoon, making four straight birdies for a 5-under 65 and a two-shot victory.

Two shots behind with six holes to play, Kokrak delivered all the right shots to pull away from a fading Scottie Scheffler and Martin Trainer and win for the third time in the last 13 months.

Kokrak couldn't help but think back to Saturday morning when he returned to complete the second round and went the other direction. He played seven holes in 7-over par for a 41 that left him 10 shots behind after 36 holes.

What a turnaround on Sunday.

He had enough mud on his golf ball from rain earlier in the week that he chose to lay up on the par-5 16th, even though he could have reached with a mid-iron. Kokrak hit wedge to 5 feet for a fourth straight birdie.

Scheffler, going after his first PGA Tour victory, had a two-shot lead when he made the turn. He didn't hit a green in regulation until the 15th, making three soft bogeys that left him too far behind to make a late run.

Scheffler had a long two-putt birdie on the 16th to get within three shots and nearly drove the green on the par-4 17th, only to hit a pedestrian chip and fail to make birdie. He birdied the final hole for a 69 and tied for second with Kevin Tway (68).

Trainer, who made only his ninth cut in 71 starts since his victory in the 2019 Puerto Rico Open, took the lead on the 11th hole by rolling in a 70-foot birdie across the green, and then he calmly saved par with an 8-foot putt.

But he couldn't make up ground on some of the scoring holes, took a bogey on the 14th and then fell back for good with bogeys on his last two holes for a 70.

Matthew Wolff was among six players who had at least a share of the lead in the opening hour, courtesy of five players being within one shot of Scheffler to start the final round.

He fell back with bogeys, and then made a hole-in-one with a 9-iron on the par-3 ninth to get back into the mix, but only briefly.

Kokrak went 232 starts on the PGA Tour before his first victory and now has three in his last 27 starts dating to the CJ Cup at Shadow Creek north of Las Vegas a year ago in October. He also won at Colonial in the spring.

He moves to No. 22 in the world ranking.

He shot 41 on the back nine to complete his second round Saturday morning when it was cold and “I really didn't have my best stuff.” Kokrak was bogey-free and shot 31 on Sunday afternoon. 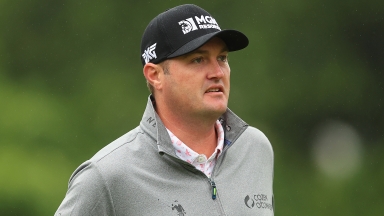 Why Kokrak was DQ'd for failing to record score

Jason Kokrak was disqualified for failing to record a score on his final hole and subsequently failing to return a scorecard. 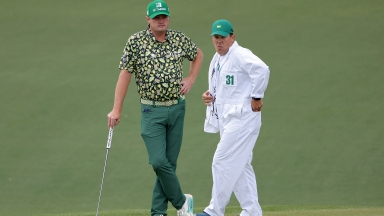 Jason Kokrak made some interesting fashion choices Friday at the Masters, wearing various shades of green. 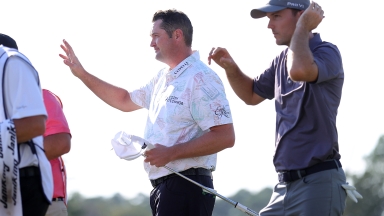 Before Jason Kokrak won the Houston Open, he nearly withdrew and shot 41 on his back nine of his second round.