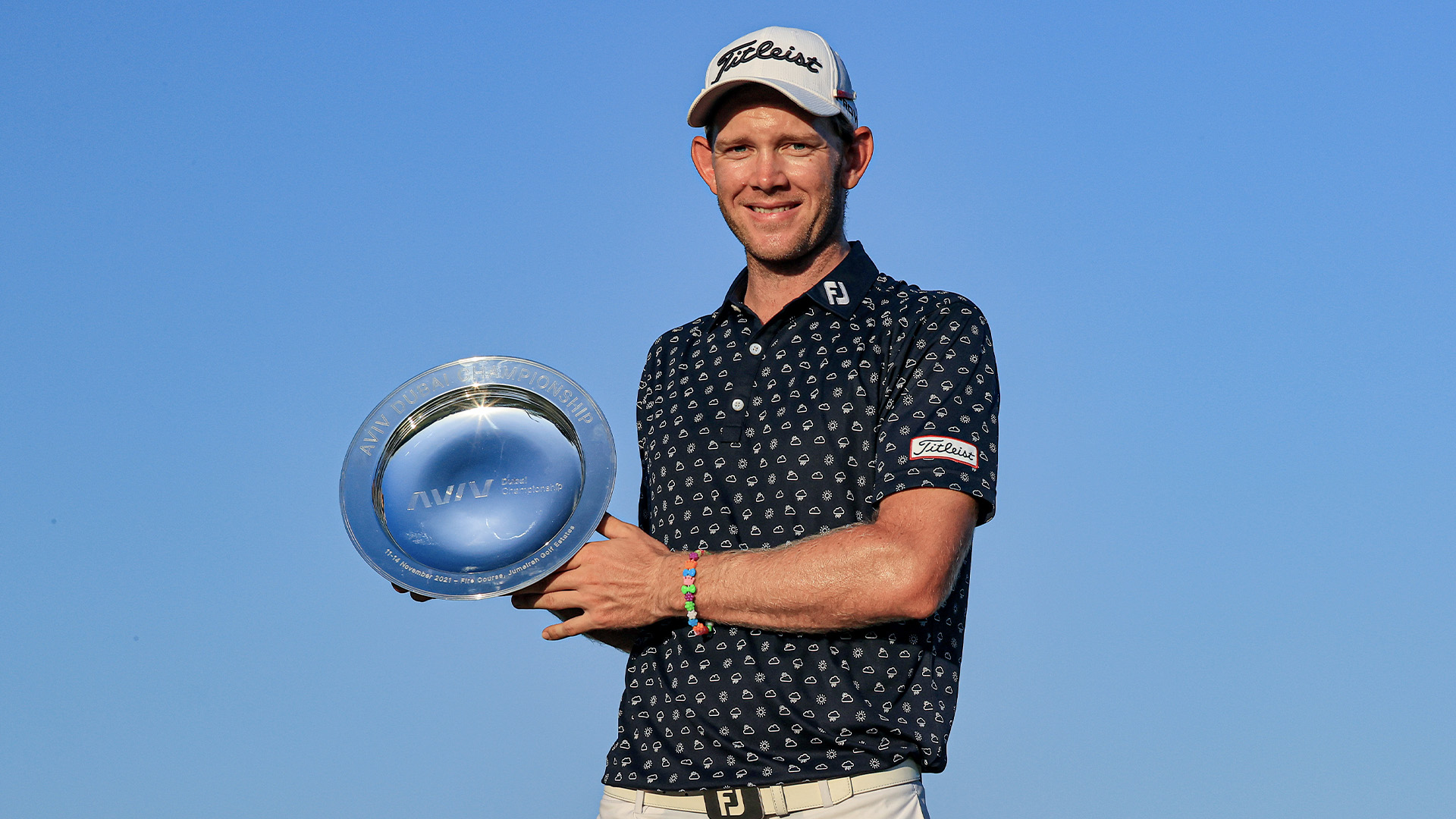 DUBAI — Danish player Joachim B. Hansen hit a 4-under 68 to hold off co-overnight leader Francesco Laporta and a soaring Bernd Wiesberger by one stroke to win the Dubai Championship on Sunday.

Hansen had four birdies to finish at 23 under overall having opened with a 9-under 63 in the first round.

Hansen and the Italian Laporta are both outside the top 150 in the world and this was only the 170th-ranked Hansen's second European Tour win. The other was at the Joburg Open in November 2020.

On the final hole, Laporta pushed his second shot right of the green into some thick grass. He chipped out and a long birdie putt missed by inches to the right to finish with a 3-under 69. Hansen chipped on and two-putted for par and the win.

Weisberger's excellent 7-under 65 was even more impressive considering that the Austrian recovered from a bogey on No. 2 to make eight birdies, including four in the last five holes as he shot five places up the leaderboard.

Defending champion Antoine Rozner of France led after the second round and was one shot behind the leaders overnight, but finished in a four-way tie for fourth with Thailand's Jazz Janewattananond, England's Andy Sullivan and Australian Min Woo Lee.

Sullivan's 65 featured two bogeys, seven birdies and an eagle on the 18th hole.

Three-time major winner Padraig Harrington of Ireland rose up two places to tie for eighth, but five-time European Tour winner Tommy Fleetwood of England fell back eight places and finished in a tie for 13th. 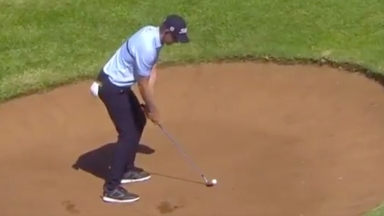 Joachim Hansen got lucky Saturday in South Africa after a shank resulted in a sand save and easy par on his final hole. 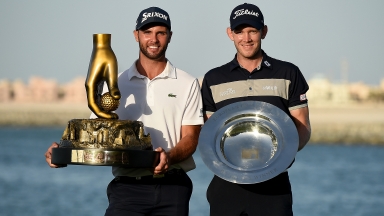 Joachim Hansen hung on to the top spot in the Challenge Tour Order of Merit, headlining a group of 15 players who will graduate to the European Tour in 2019.