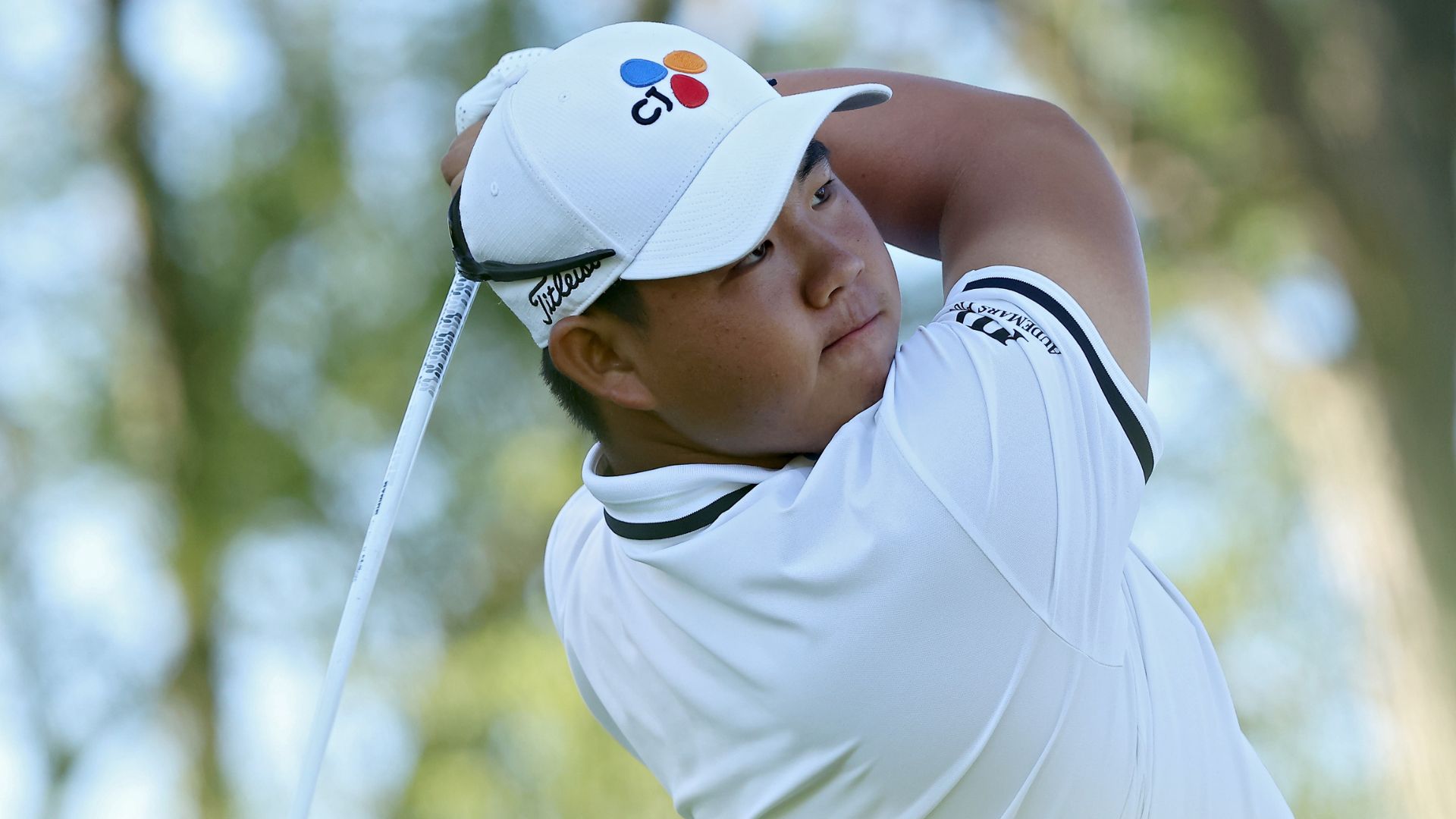 The 20-year-old stepped up to the par-4 first to begin his round and pulled his drive onto the lip of a fairway bunker. Then, with 104 yards to the hole, Kim advanced his approach 32 feet. His third shot went over the green and into the rough, and still 25 feet from the cup. It would take another four tries for Kim to get his ball in the hole.

Kim's reaction, however, was not what'd you think.

The South Korean, who earned enough non-member FedExCup points last week in Detroit to clinch permanent membership for the 2022-23 Tour season, didn't card another square on his scorecard for the rest of the afternoon. The world No. 35 finished with a 3-under 67 and sits T-23, six shots off John Huh's lead.

"I just stayed really patient out there," Kim said. "I knew there were birdies out there. Once I got momentum, I kept pushing and I think that's how seven birdies came out there."

It was the third time in the ShotLink era (2003) that a player made a quadruple bogey or worse on a round's first hole and then went on to card an under-par score. Hank Lebioda did it on Day 1 of the 2019 Barbasol Championship and Freddie Jacobson did it in Round 3 of the 2010 American Express.

Maybe it was Kim's loose mentality that allowed him to add his name to that list.

"I was only laughing because it was the first hole of the day and it was probably the worst start I've ever had in my career so far," he said. "All I could do was laugh because just some shots I hit there was pretty awful. But I don't know, for some reason I felt calm. It was one bad hole and I just told myself, 'You know what, I can still get this, I can still shoot under par today,' and somehow I did." 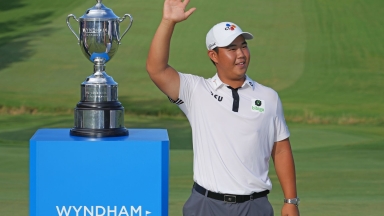 Kim not sure how much he won at Wyndham

After notching his first Tour win at the Wyndham Championship, Tom Kim doesn't care how much he added to his bank account. 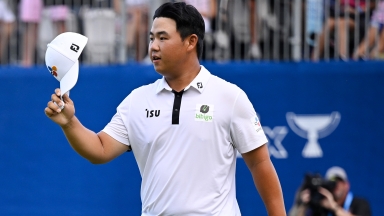 Here is the purse and FedExCup points breakdown for Tom Kim and the rest of the players who made the cut. 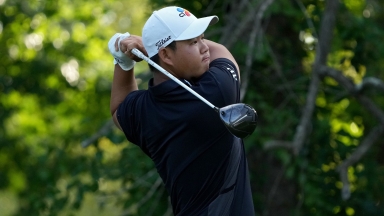 Here are the clubs Joohyung “Tom” Kim used to win the Wyndham Championship and earn a playoff spot.