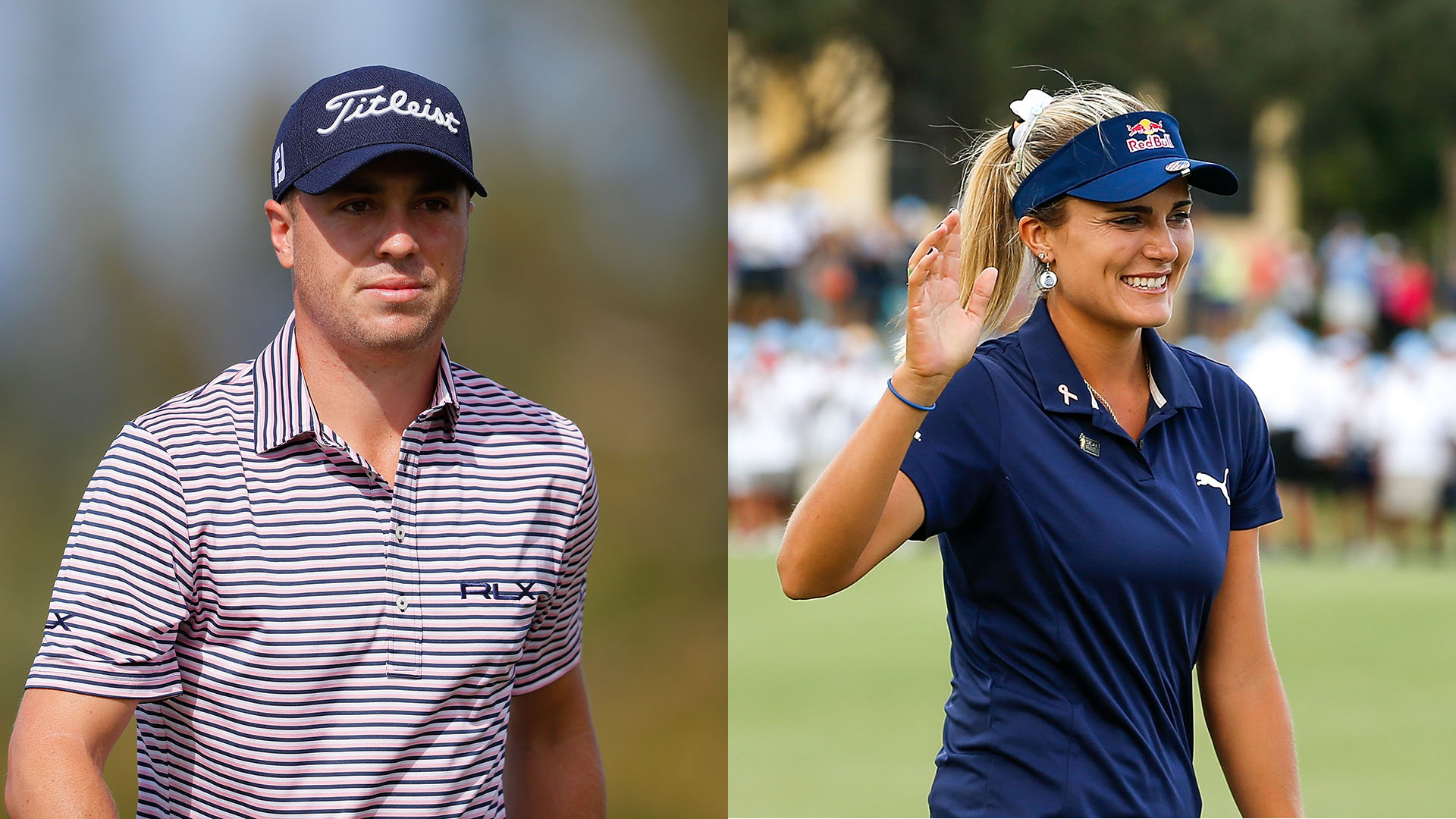 The “Ten Best-Mannered People” list published by the National League of Junior Cotillions (NLJC) came out this week, and it turns out Justin Thomas and Lexi Thompson have more in common than just the similarity of their last names.

While Drew Brees topped the list in 2018, Thomas was right behind him at No. 2 and Thompson sits at No. 5.

“The selections are made based on each person’s commitment to honor, dignity and mannerly conduct,” NLJC President Charles Winter said in a statement. “We feel these ten individuals have distinguished themselves through excellence of character and conduct and applaud them for their contributions to society.”

During the 2017-18 season, Thomas won three times and ascended for the first time to world No. 1. According to the NJLC, he neared the top of the list “for consistently treating his fans and fellow golfers with respect and kindness.”

You may remember the incident where Thomas had a fan kicked out of the crowd at the Honda Classic for shouting in his direction: “I hope you hit in the water!” Shortly after, on-course microphones picked up Thomas telling the fan, “Enjoy your day, you’re done.” He did later apologize, saying he overreacted, and he was sorry to anybody who was offended by it.

The other golfer on the list, Lexi Thompson, had an admittedly tough 2018. After withdrawing from the Ricoh Women’s British Open, she took a month-long leave, explaining on Instagram she didn’t feel like herself and needed to “recharge her mental batteries.”

After the mental break and some missed cuts, Lexi came back and won the season-ending CME Group Tour Championship at 18 under.

“It’s very gratifying,” Thompson said following her win, just a few months after opening up about her struggles with body image and self-confidence on Instagram. “It was just very special to win in front of all my family and friends.”

Lexi was smack-dab in the middle of the best-mannered list “for demonstrating poise and professionalism in the spotlight,” according to the NJLC.

Other notable people on the list include No. 3 Ed Sheeran, No. 4 Will Smith, No. 6 Mark Wahlberg and No. 7 Stephen Curry. Rickie Fowler topped NJLC’s “Ten Bed-Mannered People” list of 2017.