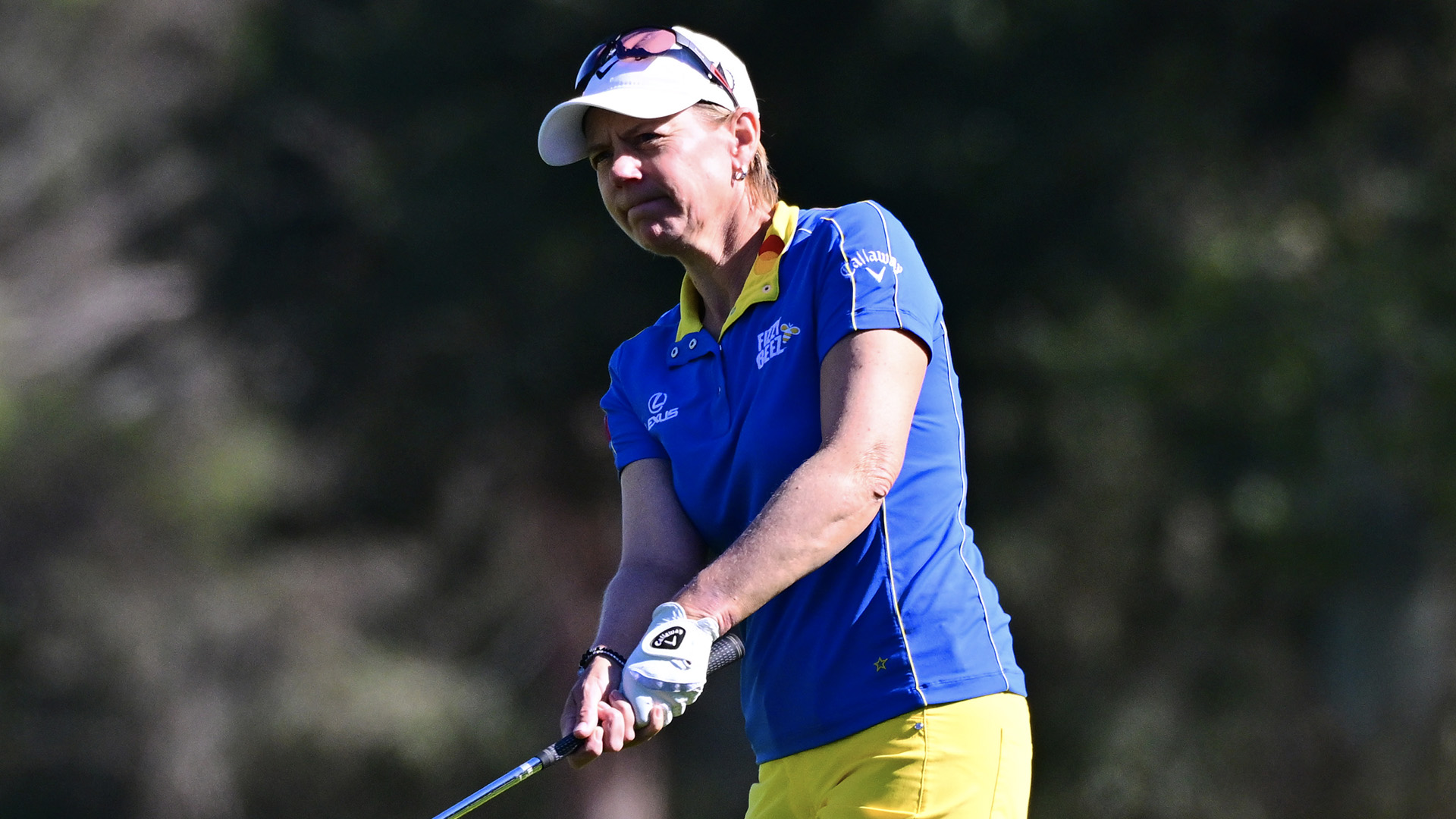 ORLANDO, Fla. – Annika Sorenstam has made it clear that she doesn’t typically play this far back when she’s playing casual rounds out at Lake Nona Golf and Country Club, Sorenstam’s home club and host venue for the LPGA’s season-opening Hilton Grand Vacations Tournament of Champions.

But despite Nona measuring at 6,648 yards on Thursday, Sorenstam was still mighty impressive, making three birdies and taking the first-round lead in the celebrity division with 33 Stableford points.

“It's more of a championship setup,” Sorenstam said. “For me, I mean, the tees were a little bit more forward than I had played in the practice rounds because I was playing all the way back. I was expecting it to be at the tip, so every time I got up there and I saw that it was a few steps from the dot, you know, that made me happy.”

With bogeys getting a point, she earned points on every hole in Round 1 and her tap-in at the last put her one shot clear of Mark Mulder, Jeremy Roenick, Derek Lowe and Chad Pfeifer.

“She still hits it really far. She bombs it,” said Jessica Korda, Sorenstam’s playing competitor. “I was pretty surprised because I think I read an article saying she's hitting it so much shorter, so I was really expecting a lot shorter than what she was hitting. She was hitting some great shots. I mean, her putting, like she made some bombs today. Started birdie-birdie and I was like, Here we go. I'm like parring my first seven or eight holes.

Full-field scores from the Hilton Grand Vacations Tournament of Champions

One person who didn’t get an up-close-and-personal look of Sorenstam’s round on Thursday was Sorenstam’s 10-year-old son, Will, an avid golfer.

“He was mad that he had to go to school today, but I told him you can be out there tomorrow,” Sorenstam said. “He said, ‘Well give me the website where I can get the scores so I can sneak [looks] all day.’ So, I was happy I got off to a good start because I know he was watching. But I'm sure when I get home, he's going to say, ‘What happened on No. 3, mommy? And then what happened on 18?’

“So, I will have to report to him when we get back.” 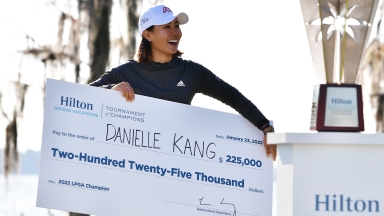 Kang gets first win since '20 at TOC in cold