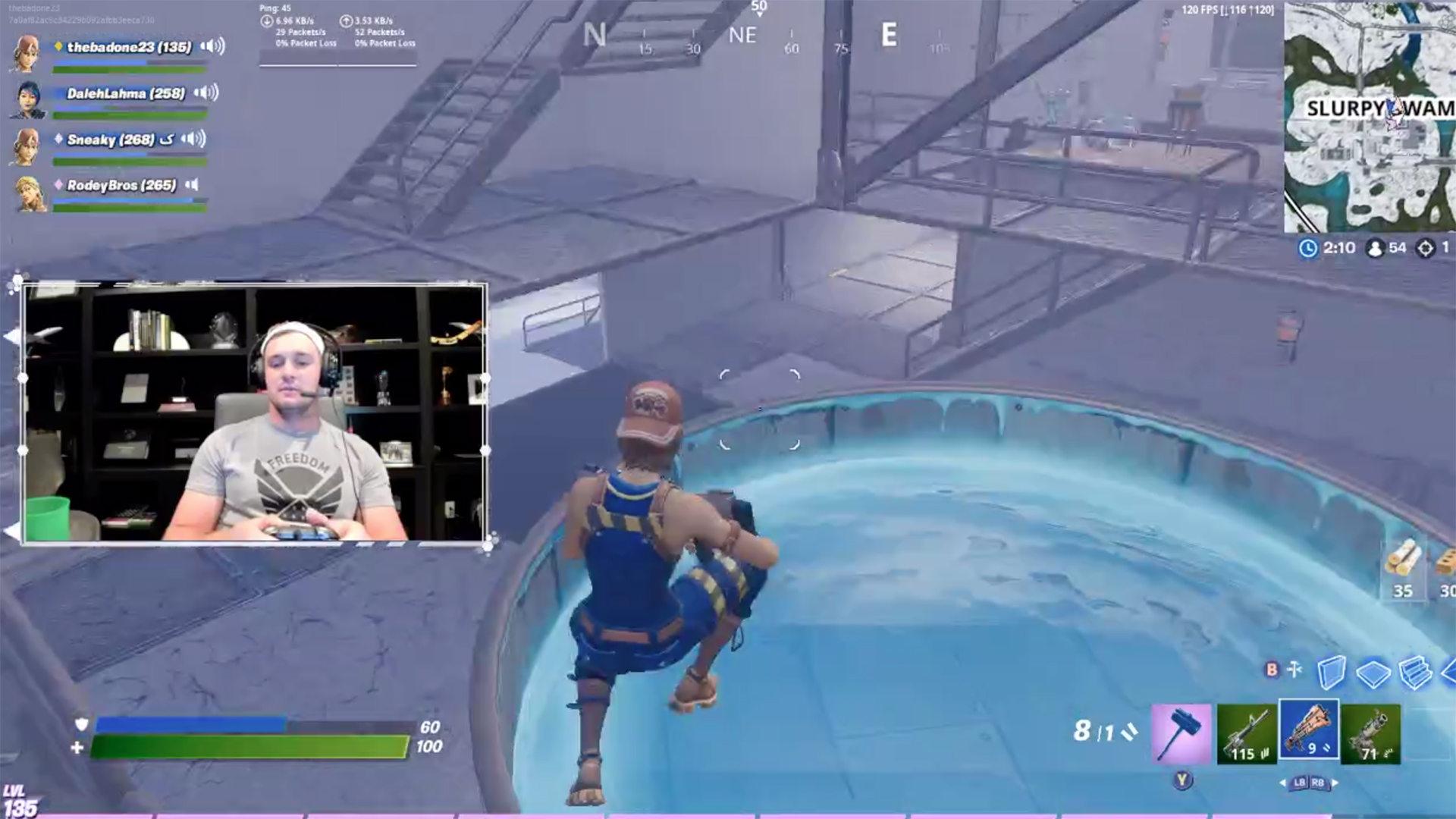 The 26-year-old Tour pro continues to be the golf-content gift that keeps on giving. Remember when DeChambeau, ever the tinkerer, was only known for playing single-length irons? That seems like an eternity ago.

Over the past few years we’ve been treated to face-on putting, third standard deviations and most recently an aggressive fitness program designed for turning the once sub-200-pound DeChambeau into Johnny Bravo.

Now, DeChambeau is adding yet another layer to his already eclectic persona: gamer.

In the past month DeChambeau has started broadcasting himself playing Fortnite on Twitch, a live-streaming platform popular among gamers. Known in Fortnite circles as TheBadOne23, DeChambeau has already done nearly 20 streams, many of them lasting several hours.

For the most part, the streams have been entertaining. After getting killed ­­– or eliminated – in one game, DeChambeau angrily slaps his desk and shouts, “I hate this game!” Another time, DeChambeau explains how he can “speak things into existence.”

For golf fans, the streams have been enlightening, as DeChambeau frequently talks about and answers questions about golf.

“It’s crazy to think that I have intermissions when I’m practicing, that’s how hard I’m trying to swing. I have to stop like for 30 minutes, then it takes me like another 15 minutes to get back up to speed just because I’m pushing the boundaries so much. I got my 3-wood up to like 122 today, which is pretty good.”

“(On fan screaming ‘Cheater!’ at Patrick Reed in Hawaii) During a putt? C’mon! It’s just not cool, man. Golf is an honorable sport. Yeah, he cheated, he did it, but he was penalized accordingly. You don’t do that after the fact. It was after contact, but you don’t say that stuff.”

Then there was Monday’s stream, where DeChambeau talked about extensively practicing his wedge game. DeChambeau explained the work he’s doing with his wedges is to prepare himself for when he starts hitting 400-yard drives. (DeChambeau averaged 302 yards off the tee last season but claimed last month in the Bahamas that he was topping 360.)

He also revealed some “secret” wedges are on the way.

“Yeah, I hit balls for a long time today,” he said. “I wedged it for a long time. Because you know when I’m hitting 400-yard drives – 350-400-yard drives – I’m going to have a lot more wedges, guys, and that’s going to be a problem if my wedge game’s not good, it’s really going to expose it. I got some fun stuff coming in on Thursday, I got some wedges coming in from this company. You know, you know, you know? A secret company, and we worked on a groove configuration.”

He added that the wedges were made by a “boutique brand” and that “there’s a few guys on Tour using them right now.”

DeChambeau will return to action next week in Abu Dhabi, so maybe he will unveil more information then.

Or maybe he will opt to do so on his Twitch channel.