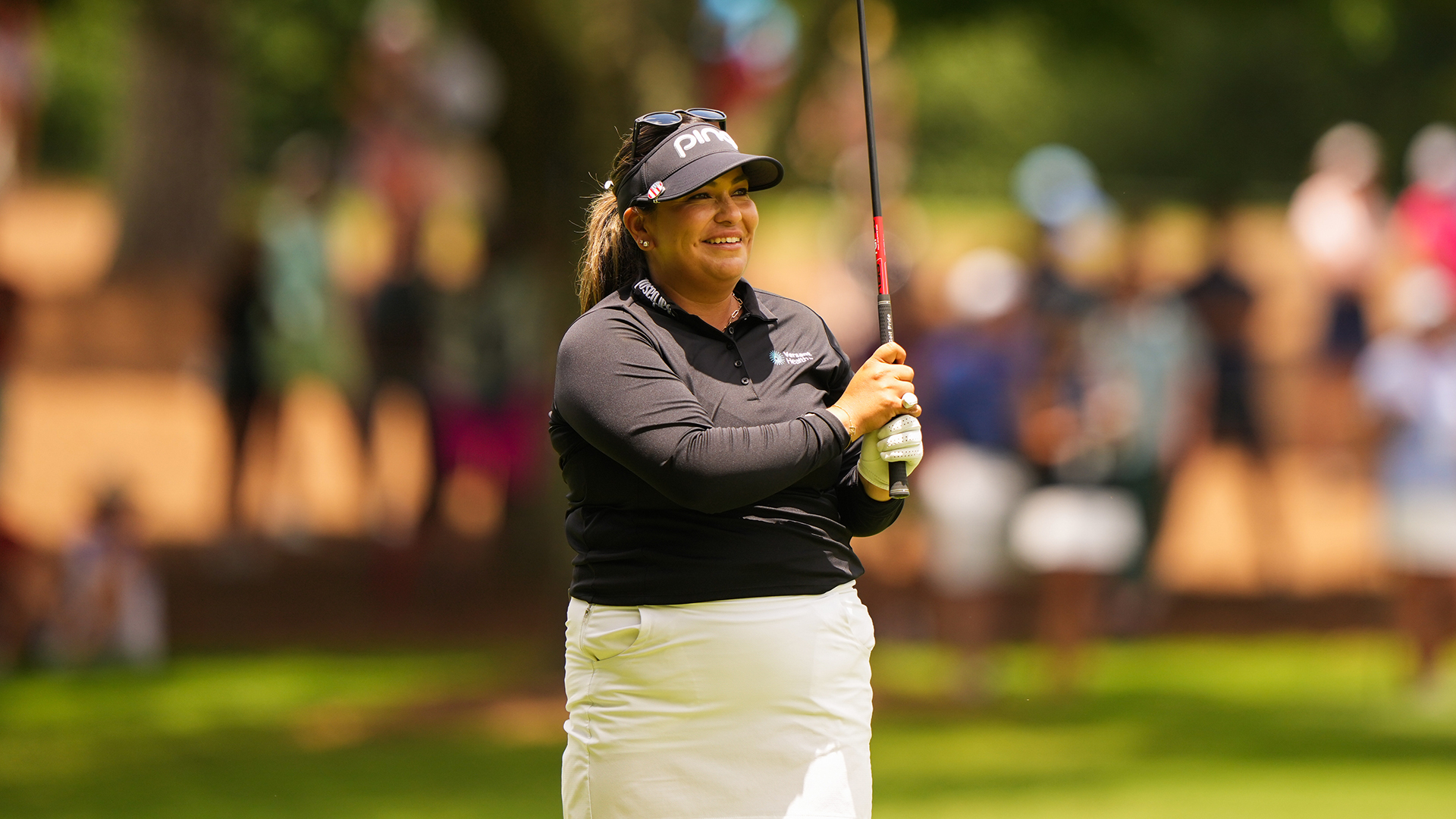 JOHNS CREEK, Ga. – Two years ago, Lizette Salas considered retirement. On Sunday, she was in the running to become a major champion.

It didn’t matter that she finished runner-up to champion Nelly Korda at the KPMG Women’s PGA Championship. Her story runs much deeper than the outcome.

“I didn't think I could get out of that deep hole,” said Salas, tears in her eyes as she referred to the mental-health struggles that she vulnerably shared earlier this week. “It’s just a beautiful thing, and I don't mean to cry because I’m just really happy right now.”

During the height of the COVID-19 pandemic, Salas felt alone, confused and frustrated with golf and life.

“I think a lot of us take our mental health for granted, and me coming from a Hispanic culture, it's very hard to talk about it,” she said. “But I just hope that regardless if you're a pro athlete or anyone, mental health is important, and you're not alone. That was the scariest part for me is I felt like I was alone, and now hearing the chants and everyone pulling for me, it was just a magical week, and I'm just really happy.”

Korda and Salas separated themselves from the field after the third round at the Women’s PGA. They were both 15 under and five shots ahead of Patty Tavatanakit, Celine Boutier and Giulia Molinaro. On Sunday, Salas and Korda fought back and forth on the front nine. Salas made back-to-back birdies, on Nos. 5 and 6, and Korda eagled the par-5 fifth to take the lead by one after nine holes.

Korda added another eagle, at No. 12, to pull ahead by five.

“When you’re a longer player you can definitely attack these pins, but I gave it all I got,” said Salas, who was consistently outdriven by 30 yards all day. “I wasn’t intimidated at all and I was confident coming into today. It didn’t go my way but I’m totally fine with that. I’m extremely happy for her and [caddie] Jason [McDede].”

Although Korda’s double bogey on the par-3 15th reduced her five-shot lead to three, Korda putted out on the 18th hole to finish at 19 under and three clear of Salas.

“The battle with Lizette, it's been a lot of fun,” said Korda after the round. “When her putter is on, no one can stop her. It’s kind of crazy because in a sense we’ve played two different golf courses. I have shorter irons in and she has hybrids and she still stuffs it so close.”

Added Salas, with a smile: “I won in other aspects. Yeah, I didn't get that trophy, but I accomplished more than what I had expected. I think this is the start of something great." 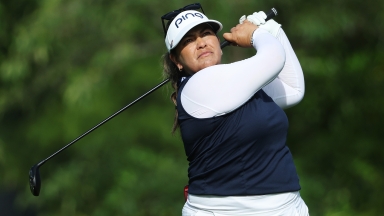 Salas wants to follow in footsteps of idol Ochoa

Lizette Salas hopes to fulfill her dream and make the final leap into Poppie's Pond at this week's Chevron. 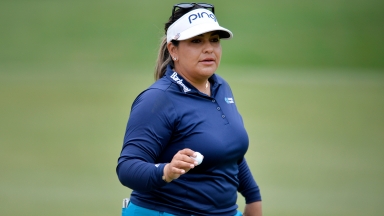 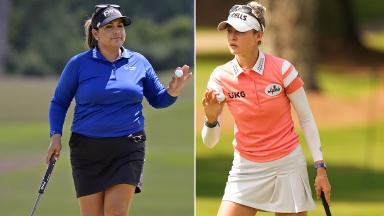