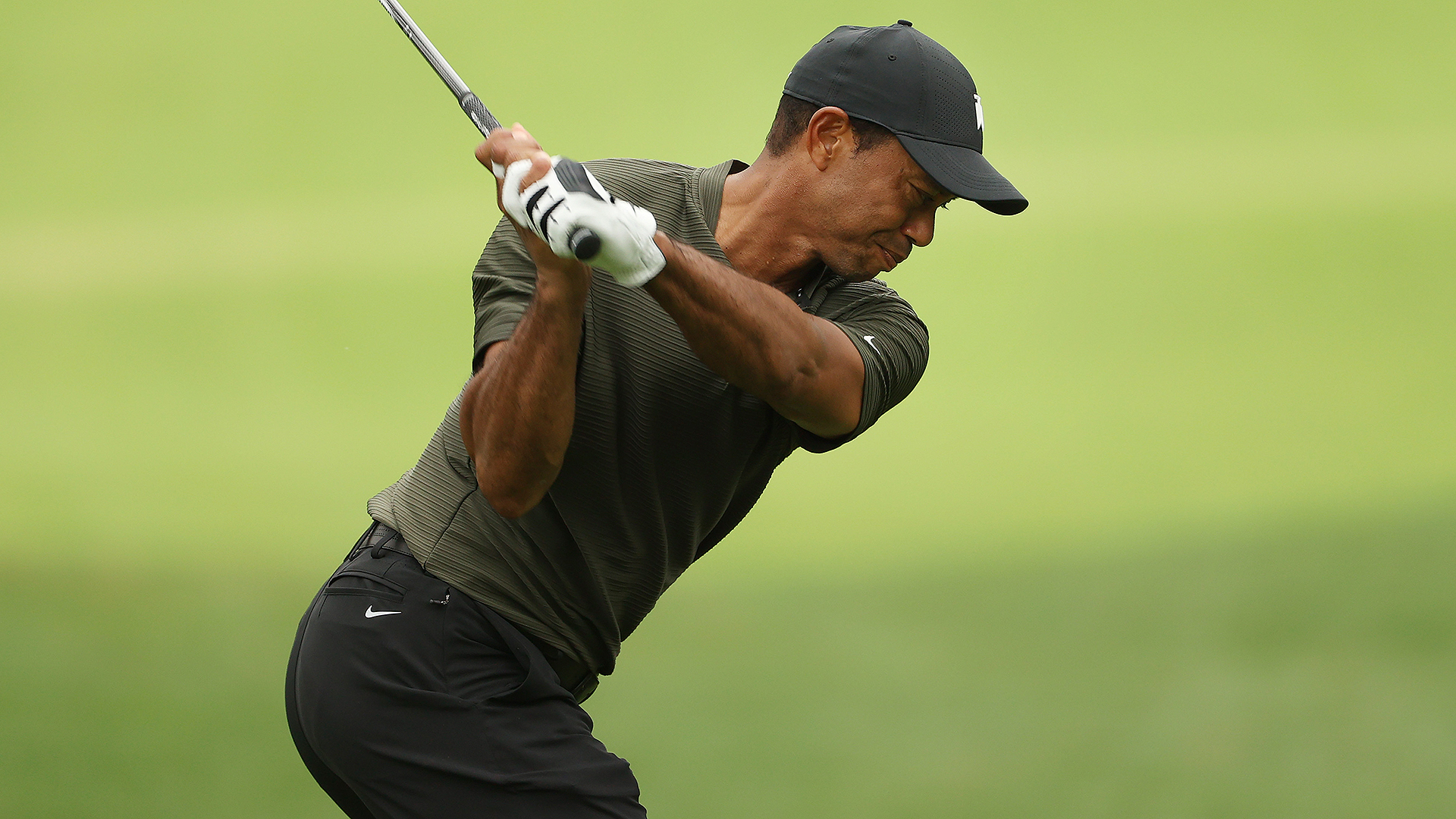 The golf world is feeling thankful a few days early.

That's because Tiger Woods, just nine months removed from a serious car accident on Feb. 23, posted a video to his social-media accounts on Sunday morning of him hitting a full golf shot on the range at Medalist Golf Club, near Woods' Hobe Sound, Florida, home.

Woods, who suffered comminuted open fractures affecting both the upper and lower portions of the right tibia and fibula bones in the single-car crash near Los Angeles following a non-playing appearance at the Genesis Invitational, had been seen putting weight on his surgically-repaired leg in the last few months, but this is the first video of Woods practicing.

There were several divot lines near Woods, too, indicating that the wedge shot wasn't the only one he hit, and he was wearing a black compression sleeve over his right leg.

Woods, however, has offered no substantive updates on his condition since being released from hospital in March. It's unclear if he will attend his Hero World Challenge on Dec. 2-5 in the Bahamas. 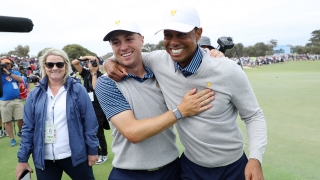 The last competitive event Woods has played is the PNC Father/Son Challenge last December. His last PGA Tour start was the November Masters a little more than a year ago.

“I don’t know. I know that he’s going to try," Justin Thomas said recently on the prospect of Woods returning to the Tour. "I don’t see him ever playing if he can’t play well. He doesn’t strike me as a guy that’s going to play at home shooting a bunch of 75s and 76s and he’s like, 'All right, I’m gonna go give Augusta a try this year.’ That’s just not gonna be him. 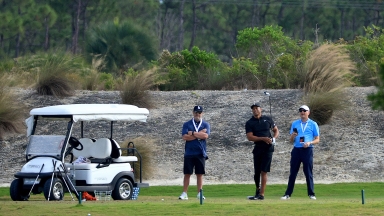 Tiger Woods was spotted on the practice range Saturday at Albany hitting an assortment of clubs, including driver.

Rich Beem committed to the PNC Championship on Friday, but he is replacing Retief Goosen and not taking the final spot in the field. 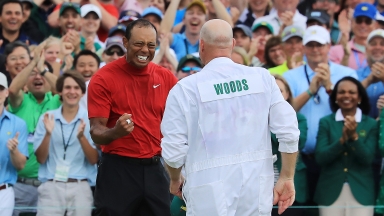