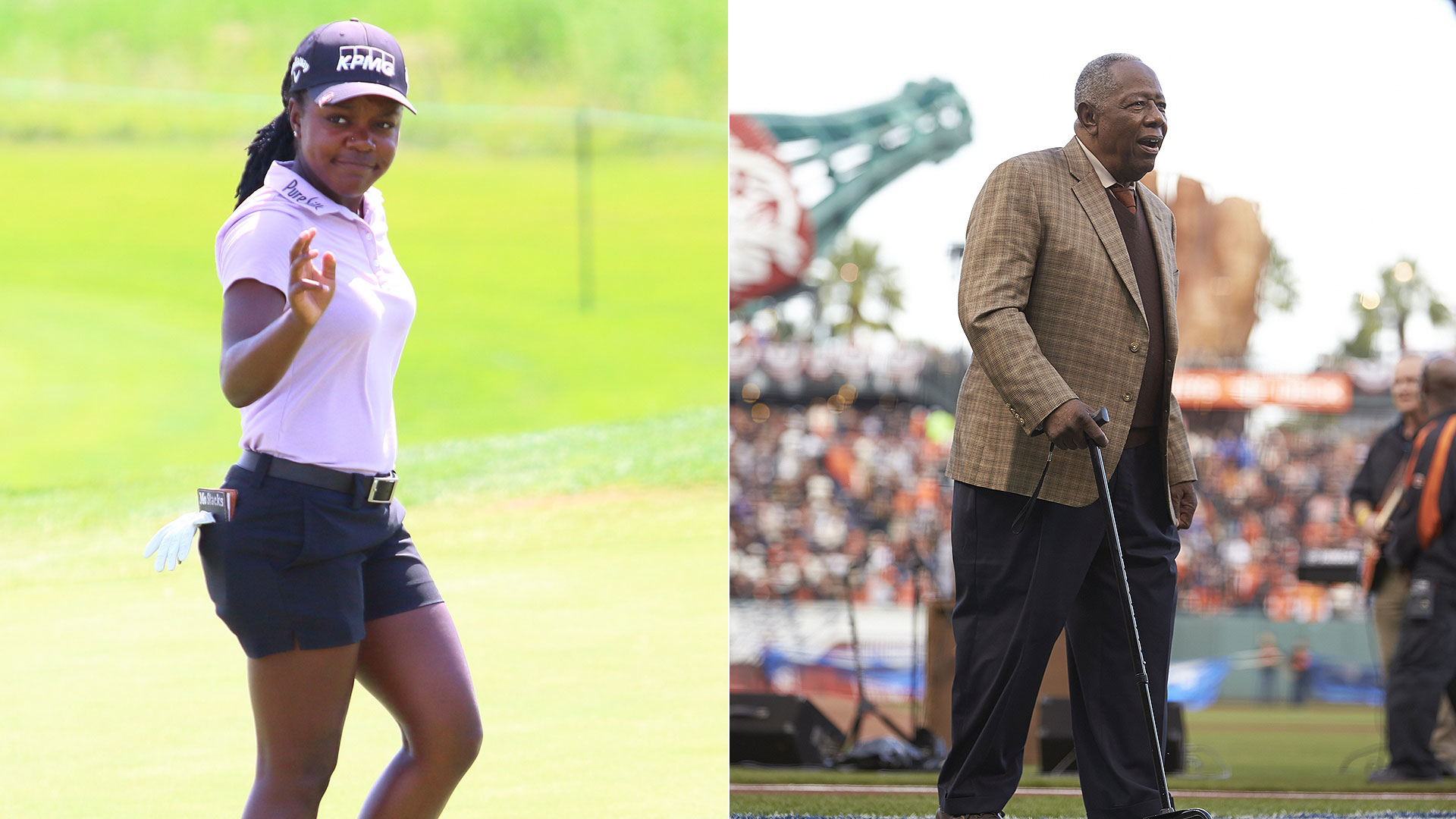 PHOENIX – Mariah Stackhouse made a legend proud Thursday at the Bank of Hope Founders Cup.

She made Hank Aaron happy.

The Major League Baseball Hall of Famer, whose 755 home runs trail only Barry Bonds (762) on baseball’s all-time list, picked up Stackhouse’s group at the fourth hole at Marriott Wildfire Golf Club. She immediately put on a show for him. She birdied that hole, and she also birdied the next hole on her way to shooting even-par 72 in difficult, blustery conditions.

“His foundation helped me pursue my dream,” Stackhouse said. “I’m here in part because of his generosity and dedication to youth sports.”

Full-field scores from the Bank of Hope Founders Cup

Stackhouse stepped outside the ropes to hug Aaron after he arrived. She was a beneficiary of the Hank Aaron Chasing the Dream Foundation, a program Aaron created to “give children with limited opportunities a chance to pursue their dreams.” Thursday marked the first time Aaron got to watch Stackhouse play.

Stackhouse and Cheyenne Woods are the only African-Americans playing the LPGA this year.

“It means a lot,” Stackhouse said of Aaron making the effort to come watch her. “It means he is proud to see me here.”

Stackhouse is a second year LPGA pro. She helped Stanford win the NCAA Championship in 2015. 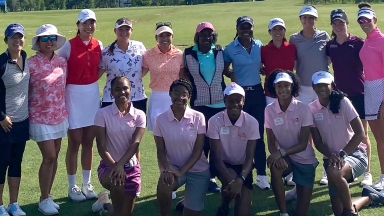 The Renee Powell Clearview Legacy Benefit on Monday featured a group of women looking to change the way we see the game. 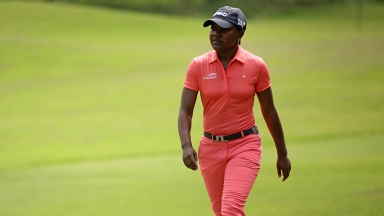 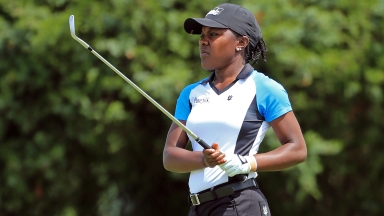 Stackhouse in mix at ShopRite; Lee6 one ahead

Mariah Stackhouse moved into position Saturday to make a run at winning her first LPGA title.