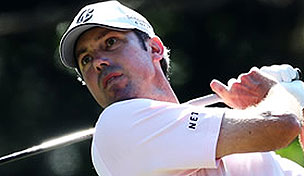 After sunny skies and light breezes greeted players Thursday at Colonial Country Club, Mother Nature did not cooperate quite as well during Friday's second round. Here's how things shape up heading into the third day of play at the Crowne Plaza Invitational, where stormy skies mean several players still have yet to complete 36 holes:

What it means: Low scores remained in order for the second straight day at Colonial, with multiple players taking advantage of calm conditions in the morning wave. Those playing in the afternoon, though, had to deal with a tougher golf course in addition to a lengthy rain delay. The elements proved no issue for Kuchar, who played well for the second consecutive day as he seeks to join Tiger Woods as a multiple winner this year on the PGA Tour.

Round of the day: Making the move from the television studio back to the golf course, Flesch fired a bogey-free 64 to put himself firmly into contention while making a cut on the PGA Tour for the first time since 2011. A winner at Colonial in 2004, Flesch is making just his third start of the season, having spent several weeks working with Golf Channel as an analyst, and heads into the weekend with a realistic opportunity to don the plaid jacket for a second time.

Best of the rest: Making his first start since a surprising runner-up finish at TPC Sawgrass, David Lingmerth struggled to a 2-over 72 in Thursday's opening round and appeared in danger of missing the cut. Instead, the Swede rebounded in impressive fashion Friday, matching Flesch with a bogey-free 64 to tie for low round of the day honors along with Chez Reavie and Justin Hicks. At 4-under 136, Lingmerth will easily make it to the weekend and now can challenge for a second consecutive high finish.

Biggest disappointment: A mirror image of Lingmerth, David Hearn began his week with a sizzling 6-under 64 Thursday but was unable to capitalize on the momentum of his strong round. The Canadian stumbled Friday to an 8-over 78, highlighted by a quadruple bogey at the par-3 13th, and therefore earned the unfortunate distinction of missing the cut after appearing on the first page of the leaderboard following the first round.

Main storyline heading into Saturday: Kuchar is among the players heading back out to the course at 7:15 a.m. local time to complete their third round. At 5 under on his round with three holes remaining, the former Players champion will need to keep up the pace to stay in front on a tightly packed leaderboard, as 18 players will begin play Saturday within four shots of the overnight lead. 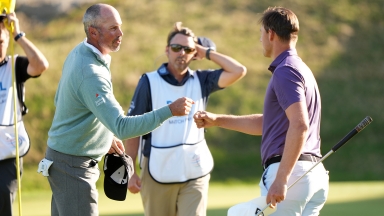 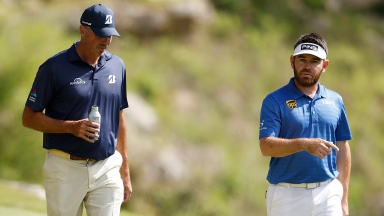 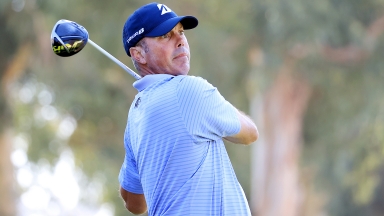