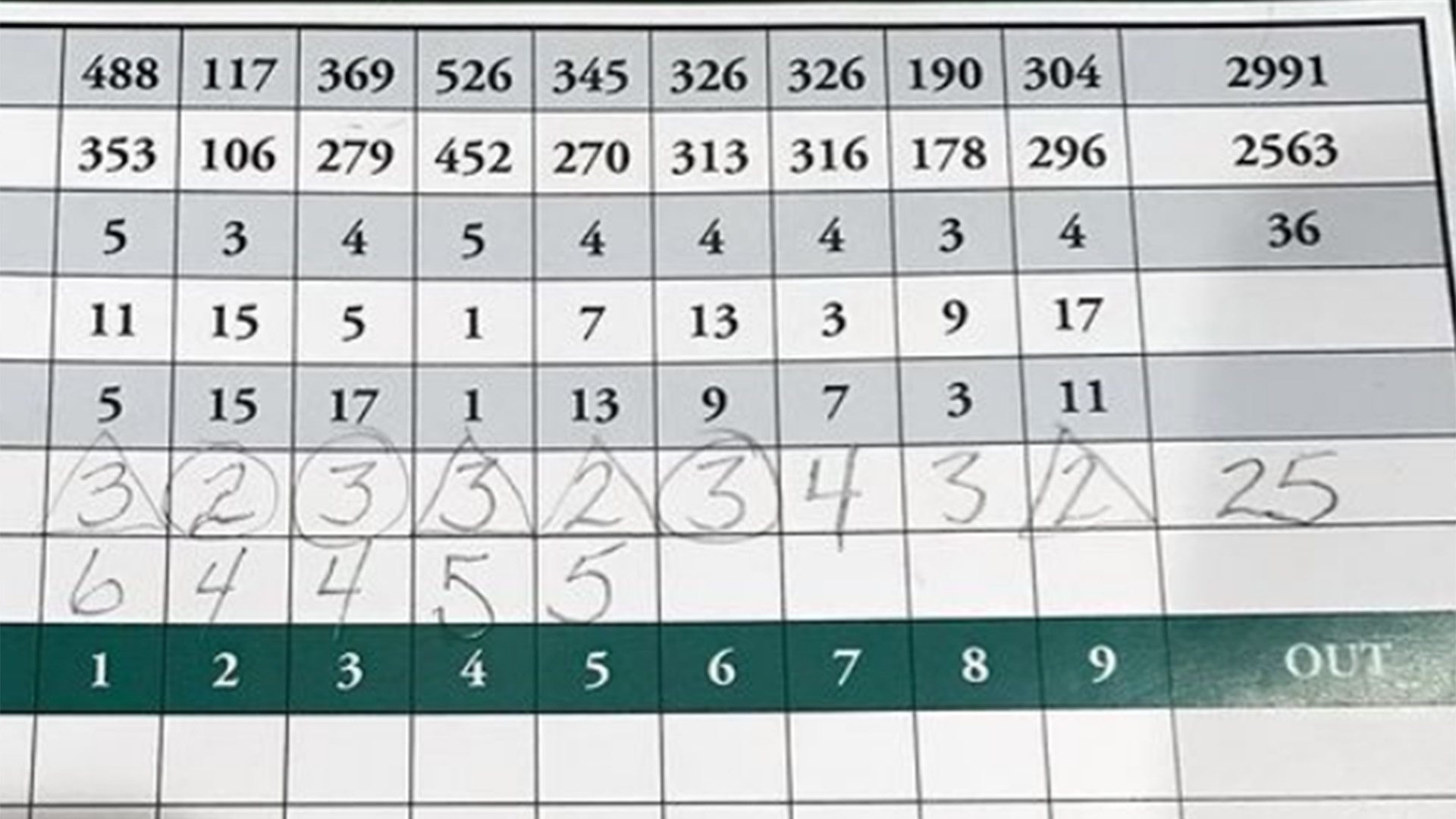 First came Rhein Gibson in 2012. Then there was Alexander Hughes in 2020. Now, Michigan native Andrew Ruthkoski has joined the short list of golfers to shoot a world-record 55.

Gibson and Hughes both shot their 55s on par 71 golf courses – coincidentally both in Oklahoma – while Ruthkoski fired his 55 on par-72 Oak Ridge Golf Club in Muskegon, Michigan.

Ruthkoski, a local pro who plans to play in a pre-qualifier for the John Deere Classic, teed off in the evening with his twin stepdaughters, according to the Detroit News. They were only through six holes when the girls had to return the cart at around 8:45 p.m., but he couldn’t stop at that point. After all, he was 9 under through six holes. You read that right, he made three eagles and three birdies in his first six holes.

A friend who lives on the course and has a cart came out and rode with Ruthkoski for the rest of his round.

After consecutive pars at Nos. 7 and 8, Ruthkoski recorded another eagle at the short, par-4 ninth hole to shoot 11 under on the front nine. The previous course record for 18 holes at Oak Ridge was 11 under. Who held that record? You guessed it – Andrew Ruthkoski.

Having already tied his own record through nine holes, the Michigan man played with house money on the back nine and recorded six more birdies to finish at 17-under 55 at around 10 o’clock.

Maybe he qualifies for the John Deere Classic, maybe he doesn’t. Either way, he’s etched his name in golf’s record book.