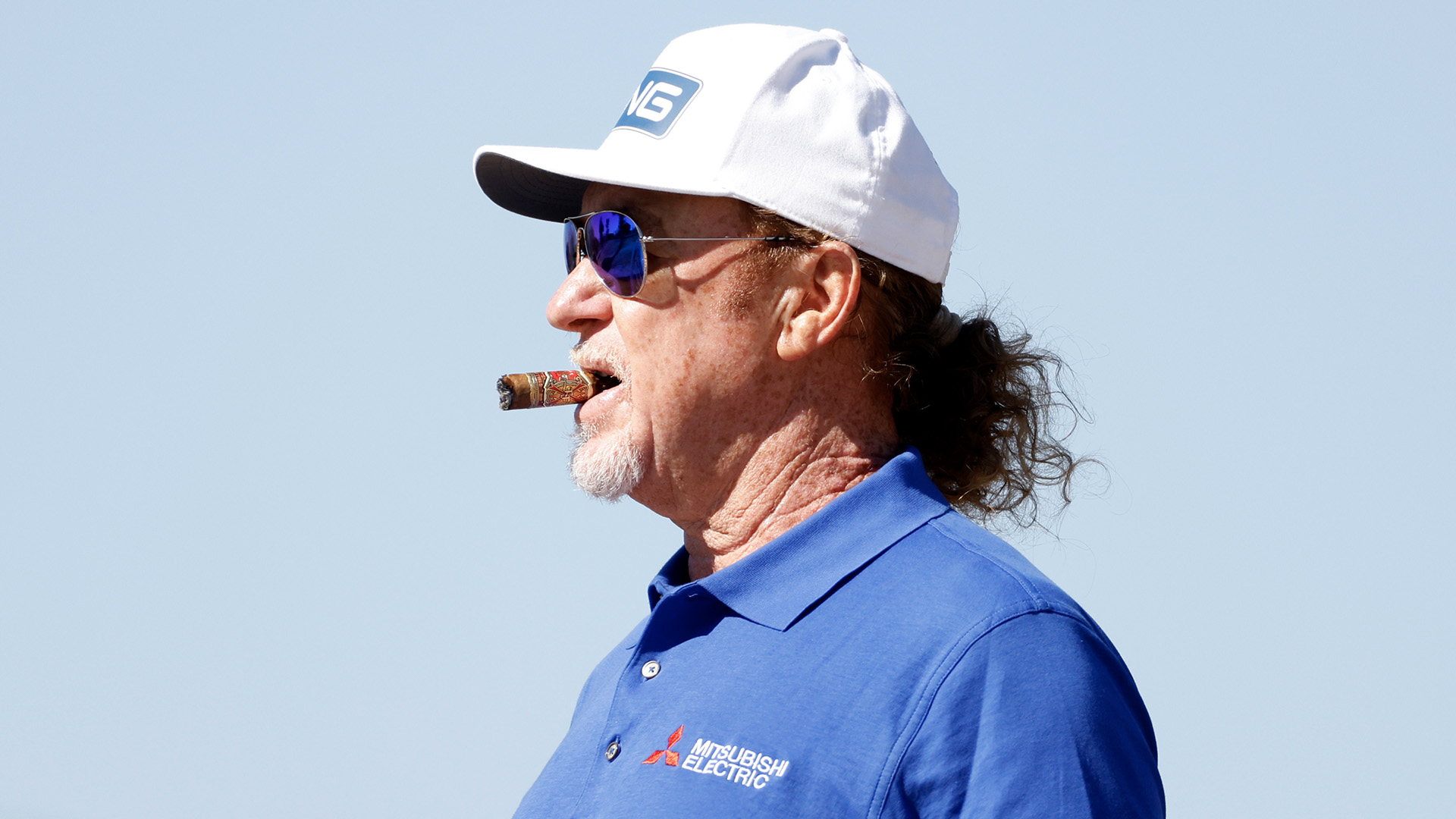 TUCSON, Ariz. — Miguel Angel Jimenez overcame errant drives on the final two holes to shoot a 5-under 67 on Saturday and take a two-shot lead into the final round of the Cologuard Classic.

Reigning Charles Schwab Cup champion Bernhard Langer was four shots back after a 67. The 64-year-old broke his own record as oldest winner in PGA Tour Champions history last week at the Chubb Classic with his 43rd career win, two behind Hale Irwin's record.

Jimenez opened the season with his 11th PGA Tour Champions win at the Mitsubishi Electric Championship in Hawaii and was fifth last week in Florida. He had a hole-in-one on the par-3 seventh during his opening round at Tucson National and poured in the second of three straight second-round birdies by making a 40-foot putt on the same hole.

Jimenez made a roughly 20-foot birdie putt on the par-4 15th and just missed another on the par-3 16th before running into trouble.

His lead at three, Jimenez pulled his tee shot into the water left of the 17th fairway and had to take a drop from roughly 300 yards away. He carved a fairway wood over a strand of trees into a greenside bunker and got up and down for par.

Jimenez pulled a second straight tee shot on No. 18 and caught a break when a cable stopped his ball from rolling into the water. Unable to take a regular stance, he was forced to play out sideways and hit his third shot from 151 yards, two-putting from 40 feet for a closing bogey.

Sluman got off to a strong start with three birdies his first three holes before a tee shot into the fairway bunker at the par-4 sixth led to a bogey. He had 10 straight pars before two-putting from the fringe on the par-5 17th and just missed a birdie putt on No. 18.

Kelly had three birdies to turn the front nine in 2-under 34 and closed strong, rolling in birdie putts on Nos. 16-17. 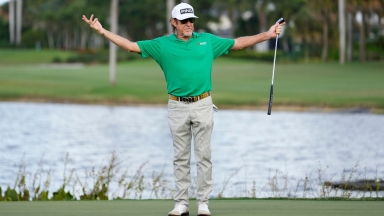 Miguel Angel Jimenez birdied his final four holes for a 5-under 67, giving him a one-shot lead over Paul Goydos and Rod Pampling. 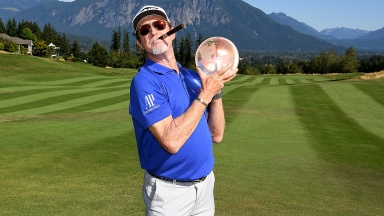 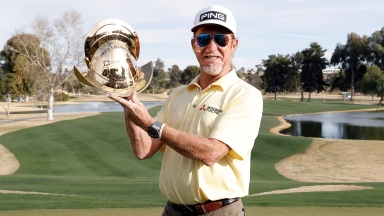