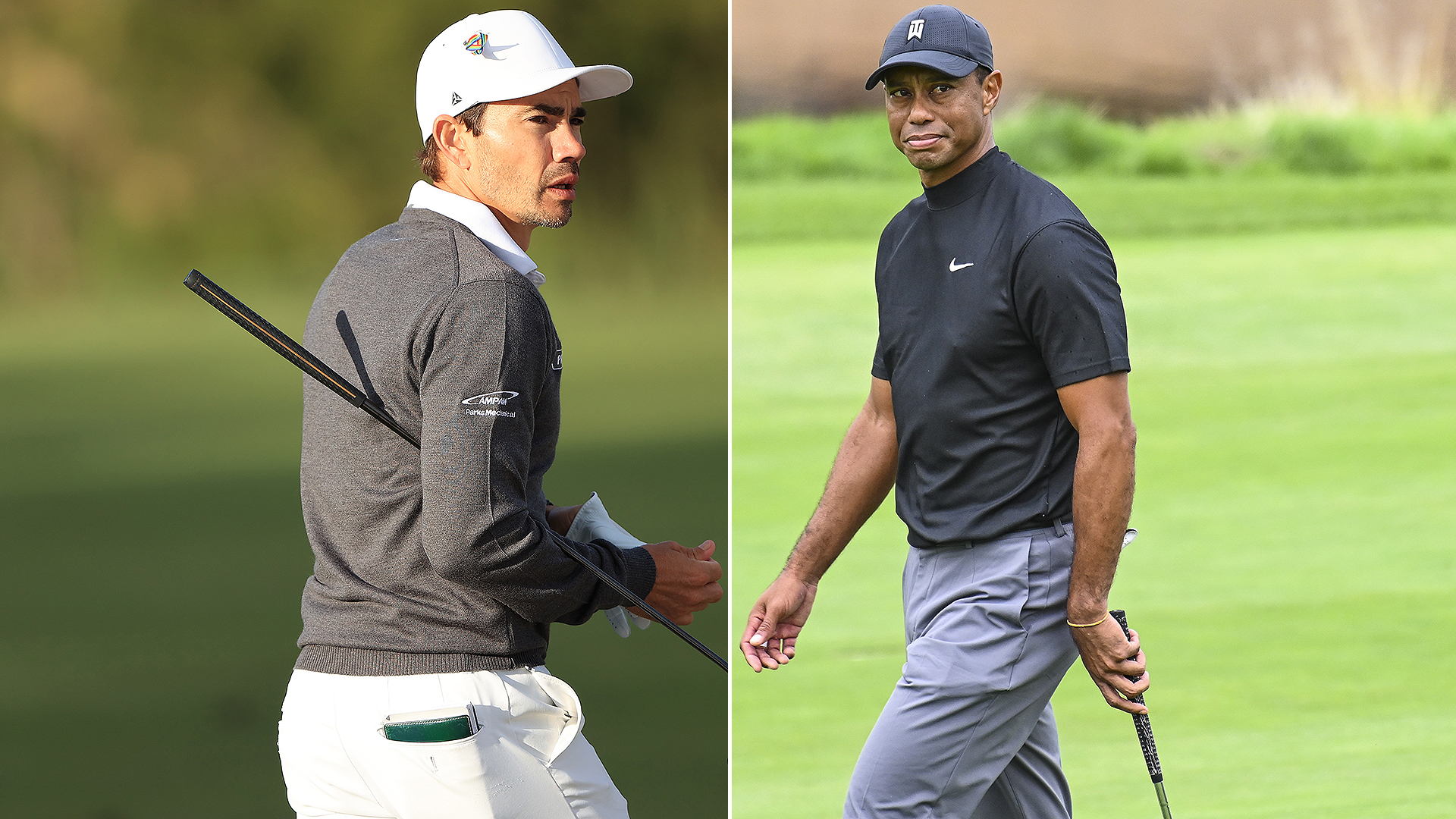 Robert Streb hits the shot of his life, Tiger Woods commits to play a family tournament with Charlie, Camilo Villegas continues to inspire, Sei Young Kim remains on fire and more in this week's edition of Monday Scramble:

1. After an uneven final round, 54-hole leader Robert Streb nearly holed out for eagle on the second playoff hole to defeat Kevin Kisner and win the RSM Classic for the second time.

TAKEAWAY: For a while it looked as though Streb was going to blow a three-shot lead in the final round, after he made a few mistakes and then missed three putts inside 10 feet on Nos. 13, 14 and 16. That’s when he got a good bounce with his 6-iron on 17, leading to a 11-footer birdie to tie Kevin Kisner at 19 under.

In the playoff, he made an 8-foot par putt to stay alive on the first extra hole, then hit the shot of his life – nearly dunked his pitching wedge for an eagle, his approach shot burning the left edge and leaving just a tap-in to defeat Kisner.

It’s the second win for Streb, who also won this event in 2014. It’s been a rough stretch since – he’s finished inside the top 100 in FedExCup points just once in the past five seasons.

But Streb got a good break in 2020, since he had to go through the Korn Ferry Tour Finals last year to keep his card. Because of the pandemic, no player lost his status this past season, even if he finished outside the top 125, as Streb did (145th). That meant he stayed in the majors for another season, and he took advantage – winning in his fifth start this fall and now becoming fully exempt through August 2023.

2. Tiger Woods surprised by signing up to play the PNC Championship for the first time alongside his 11-year-old son, Charlie.

TAKEAWAY: Talk about some added juice for the event formerly known as the father-son.

Good for Tiger, and it says much about the state of his life and career that he’s now willing to put himself out there for a national TV audience with his son. It probably says a little something about young Charlie’s game, too – that his dad thinks he’s now at a point in his development that he can handle the spotlight.

There’ll undoubtedly be mountains of takes on Charlie’s game and future (ugh), but it’ll be fascinating to get a peek behind the curtain. One of the only public times we’ve been able to see Tiger, the father, was his emotional embrace with his kids following the 2018 Open and 2019 Masters.

3. In only his sixth PGA Tour start since the tragic death of his young daughter, Camilo Villegas tied for sixth at the RSM Classic.

TAKEAWAY: Everyone in golf was rooting for Villegas as he shared the first-round lead (64) and remained in the hunt all week on Sea Island, where he notched his best Tour finish since 2017. Villegas’ daughter, Mia, died in July following a brief battle with tumors on her brain and spine. She was only 22 months old.

Villegas took time away from the Tour to grieve and returned to competition, hoping to extend his once-promising career. Once ranked seventh in the world, he was outside the top 1,000 when he pegged it this fall. He’s competing on a major medical extension following a shoulder injury that Villegas thought might be career-ending. He needed a solo second to satisfy the requirements of his medical, but you’d think sponsors would be lining up to offer invites if he’s unable to accrue the necessary points in his next seven tournaments.

This was the first time since 2017 that he shot all four rounds of par or better.

TAKEAWAY: By doubling up, Kim is the first player to win in her first start since capturing a major since Ariya Jutanugarn in 2016. Just as she dominated at Aronimink en route to her breakthrough KPMG Women’s PGA title, Kim’s 12th career LPGA title was never in doubt as she won by three over another recent winner, Ally McDonald.

Kim’s in red-hot form at just the right time – the $1.5 million CME Group Tour Championship, which she won in 2019, is right around the corner.

The European Tour’s Cameron Champ: Wilco Nienaber. To be honest, we'd never heard of the South African until this week, but what a showcase! With the easy power of Champ, he smashed an elevation-aided, 439-yard drive in the opening round, led the field in driving distance at 362.5 yards a pop and, until he bogeyed the last two holes, was in control of the Joburg Open. “Bags of potential,” as five-time European Tour winner Ross Fisher tweeted. No kidding. Nienaber lost to Joachim B. Hansen.

Un-No. 1-Like: Jin Young Ko. Making her 2020 LPGA debut at the Pelican because of coronavirus concerns, Ko shot 3 over par and tied for 34th – that’s her worst result in any event she’s finished since the 2018 CME Group Tour Championship. 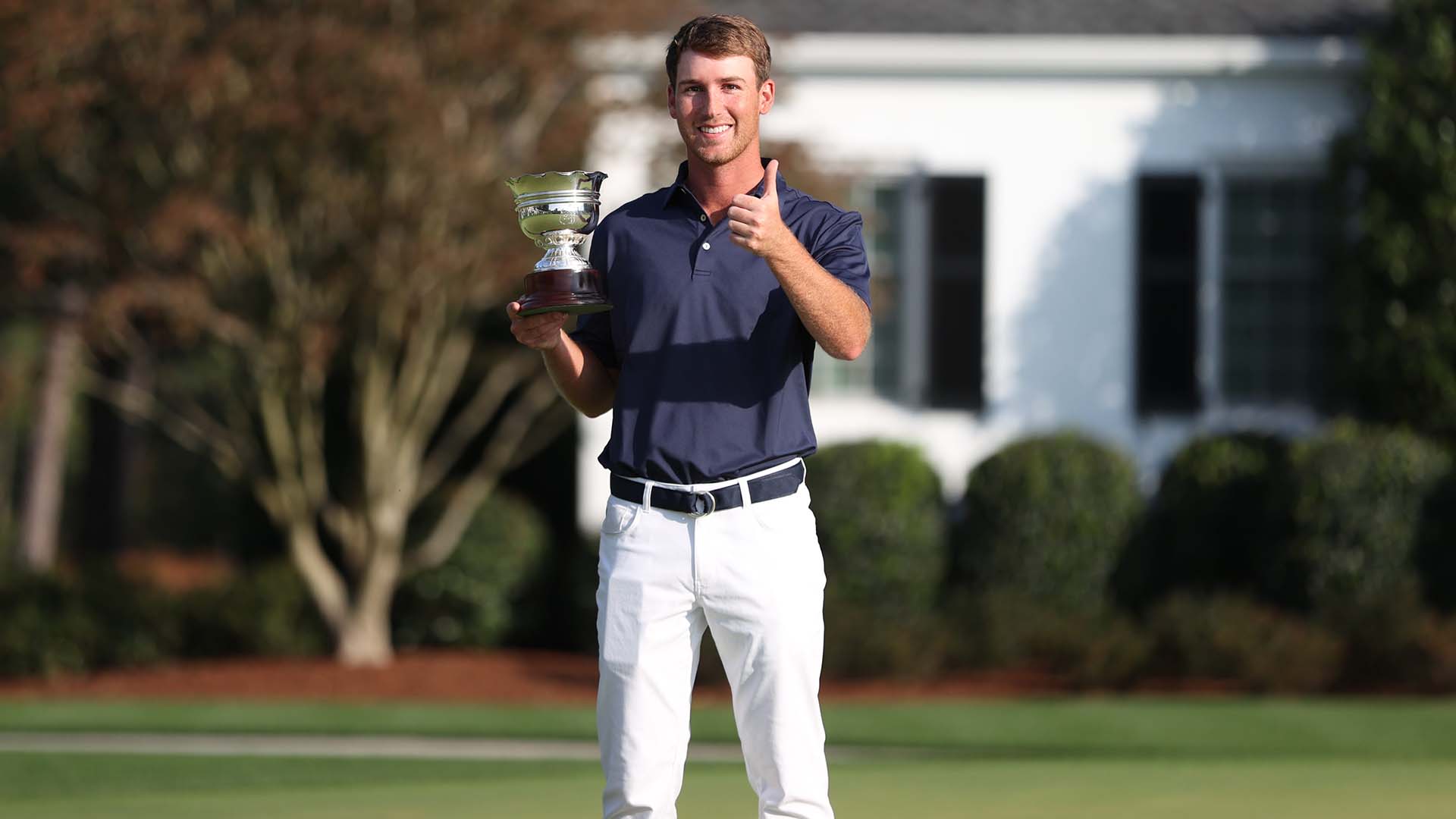 Called His Shot: Andy Ogletree. The 2019 U.S. Amateur champion announced he was turning pro – just like he said he would do in this letter, dated 2008. His prospects are much brighter after his low-amateur performance at the Masters; he entered 2021 not knowing where he was going to tee it up with sponsor exemptions. Let's see what he can do.

Best Wishes for a Speedy Recovery: John Daly. TMZ Sports reported over the weekend that Daly pushed up the timing of one of his treatments for bladder cancer so he could play in the PNC Championship with his son, Little John, who recently committed to play college golf at Arkansas. Pair them with the Woods! 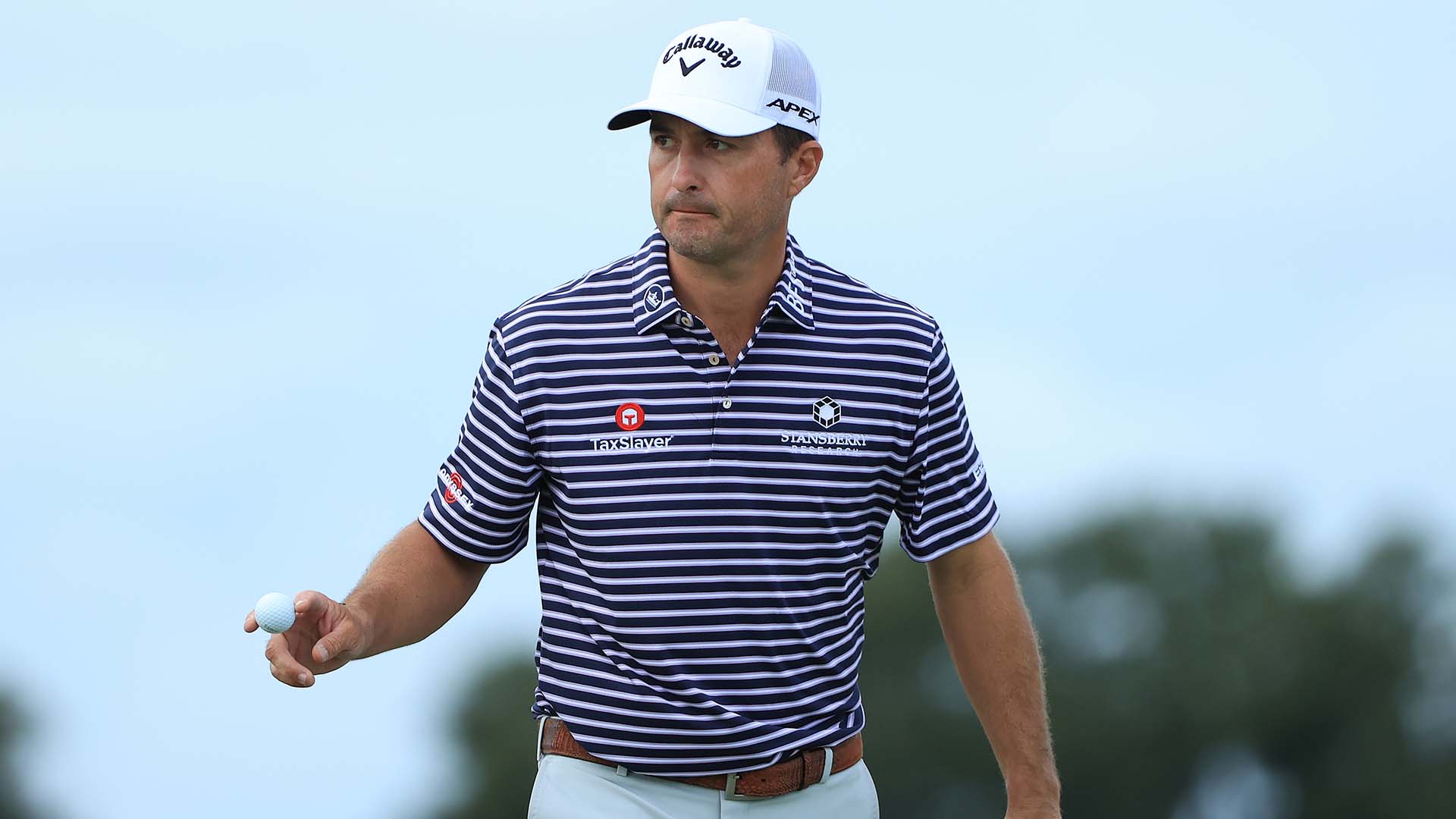 Tough to Swallow: Kevin Kisner. In 74 holes he made only one bogey – one! – and it still wasn’t enough to win outright, as his 19-under total only got him into a playoff with Streb. Even though he’s winless since March 2019, this was his fourth top-4 in the past four months.

Now on the Bubble: Matt Wallace. He’s ranked 50th in the world – the most important OWGR cutoff for elite players – with only a few weeks remaining in the calendar year. Despite using a fill-in local caddie because his regular looper tested positive for COVID-19, he shared the early lead at Sea Island but slid all the way into a tie for 37th. Rickie Fowler stayed at No. 48 in the world ...

Let’s Just Say It Worked Out: Dustin Johnson. As DJ parties in St. Barts, word emerged from his TaylorMade team that he nearly rolled with a 47-inch driver at the Masters, even testing it on the Tuesday before. Ultimately, he decided to roll with his usual 45-inch gamer, and ... yeah, good call.

Blown Fantasy Pick of the Week: Sungjae Im. If you thought he’d continue his hot finish at the Masters, well, you’d be wrong. He missed the cut in Sea Island after so-so rounds of 72-69, meaning that of his last five starts, his only finish inside the top 40 was at Augusta. A good time to flash, huh? 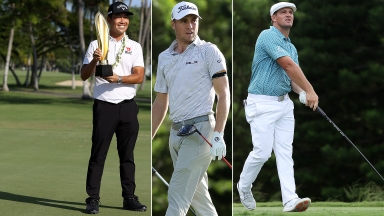 Kevin Na comes up big in a win, Justin Thomas loses a sponsor and Bryson DeChambeau reveals his Masters sickness. 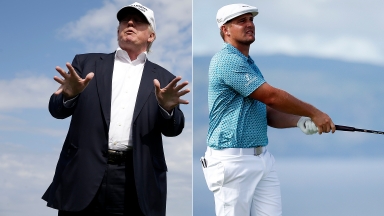 It was a wild first week on the 2021 golf calendar, from organizations dumping Trump to five thoughts on Bryson DeChambeau's start. 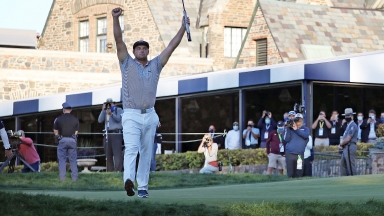 Monday Scramble: The highs and lows of 2020

A pandemic and a lengthy pause, along with brilliant performances and praiseworthy actions. This is the year in review.