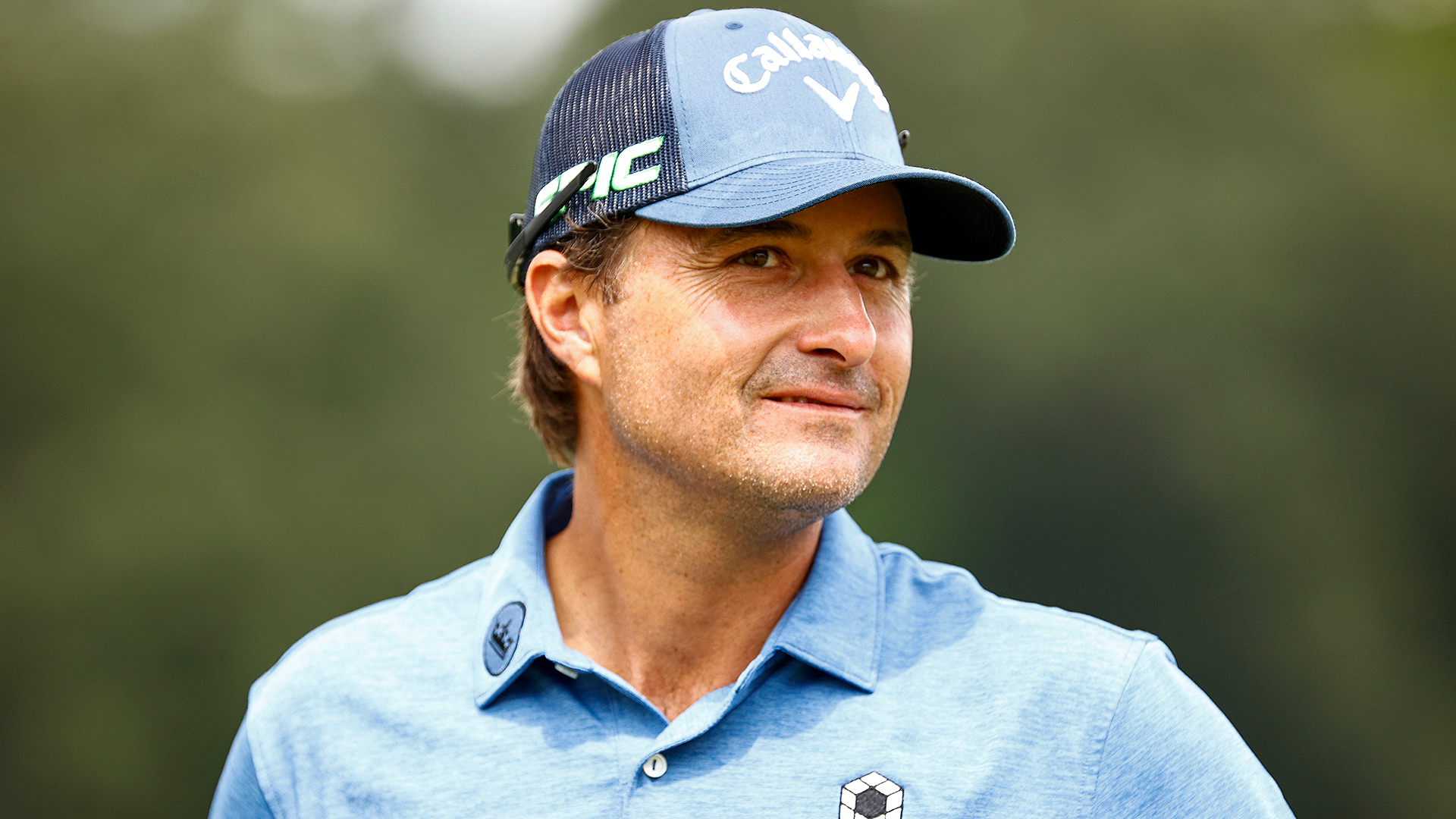 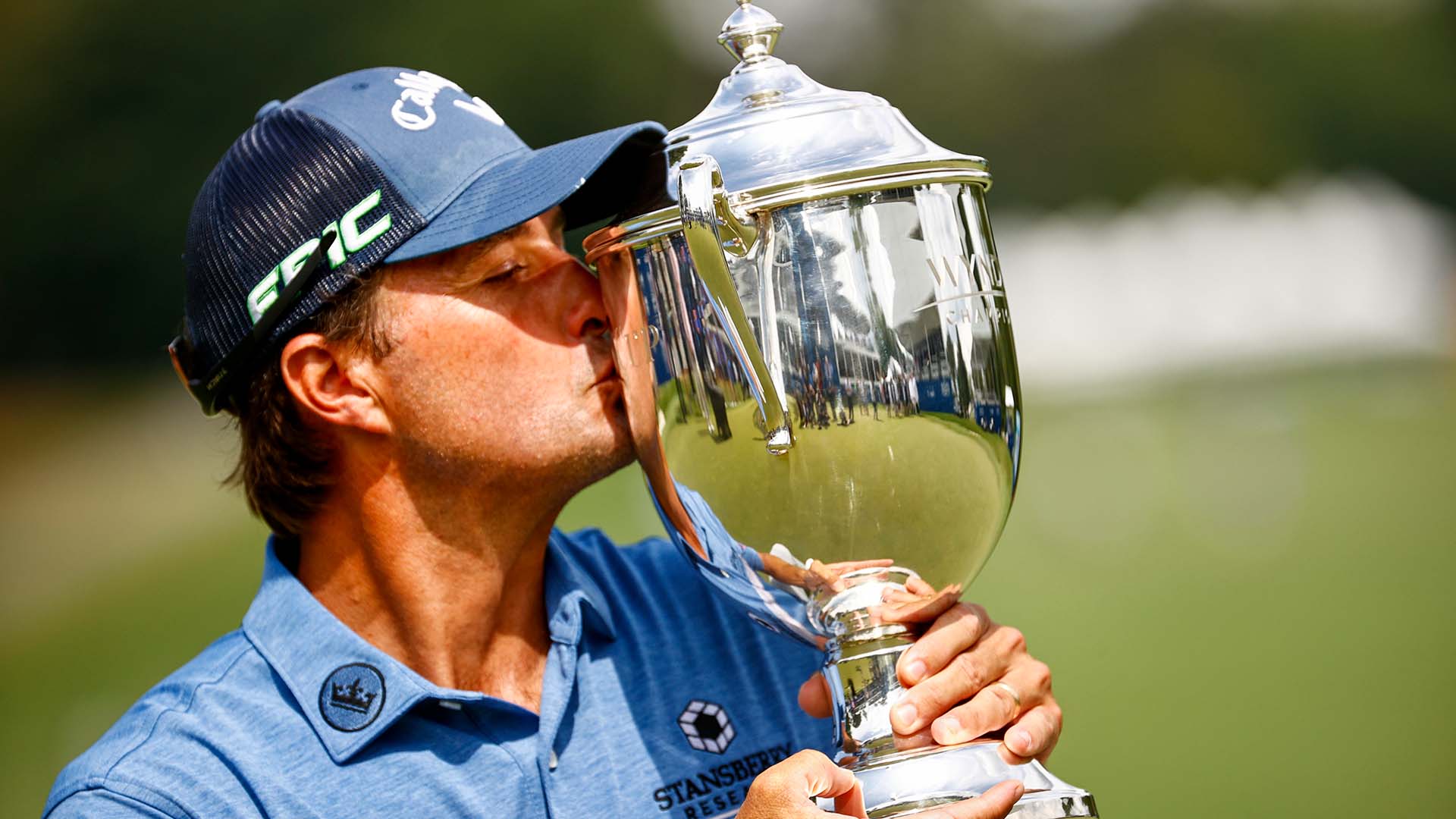 About the moment Kevin Kisner rapped in his 4-footer to win the Wyndham Championship, the takes began:

It took three questions for a reporter to ask in the post-round presser what the victory did for Kisner's Ryder Cup prospects.

“Here we go,” Kisner said, fully anticipating the line of questioning. “I said, 'How many Ryder Cup questions are we going to have?'"

This wasn't all that surprising, of course. This is the time of year when any result can be extrapolated to boost a respective player’s résumé in an argument, and a win is apparently valued tenfold now, in the final weeks of auditioning, because they're "clutch" and "stepping up" and "fighting for a spot."

No doubt, Kisner is a particularly interesting candidate, given his doggedness, his veteran savvy, his chill demeanor on a team full of divas – and, of course, his match-play acumen, as a former WGC champion and runner-up (though this was his first playoff win in six attempts).

But as painful as this is to type, Kisner should not go to the front of the line of would-be captain's picks – not yet, at least.

Full credit to him for stepping up and throwing this dart into 18, but he was gifted a second chance in the Wyndham playoff after Adam Scott failed to hit the hole from 4 feet:

And though he's trending in the right direction, Kiz has only three top-10s this year. That's why he's 18th in the standings.

It boils down to this: Are there six current non-qualifiers who would be better additions to the team?

Jordan Spieth, Harris English and Patrick Reed are obvious. Patrick Cantlay is the world No. 9 and a ready-made partner for Xander Schauffele. Daniel Berger has been rock-solid this year, boasts one of the most complete games on Tour and played on the same Presidents Cup team as Kisner. Then you have veterans like Webb Simpson and Tony Finau and (ugh) Phil Mickelson, who might fill a need, and promising youngsters like Scottie Scheffler, Will Zalatoris and Sam Burns, who have consistently showed up.

So don’t listen to the social-media chatter: Kisner must do more – much more – over the next few weeks to warrant a spot on Team USA. And Kisner, in fact, seems to agree: “Who knows, man. I’ve never been picked before, so I’m not going to go out there and jump on a limb and say that I’m going to get picked this year. I love (captain Steve) Stricker; he’s a great friend and a great guy. He’ll do what’s best for the team and the country. I would love more than anything to represent our country and be a part of that team. I need to play well in these playoffs and continue to show great form.” 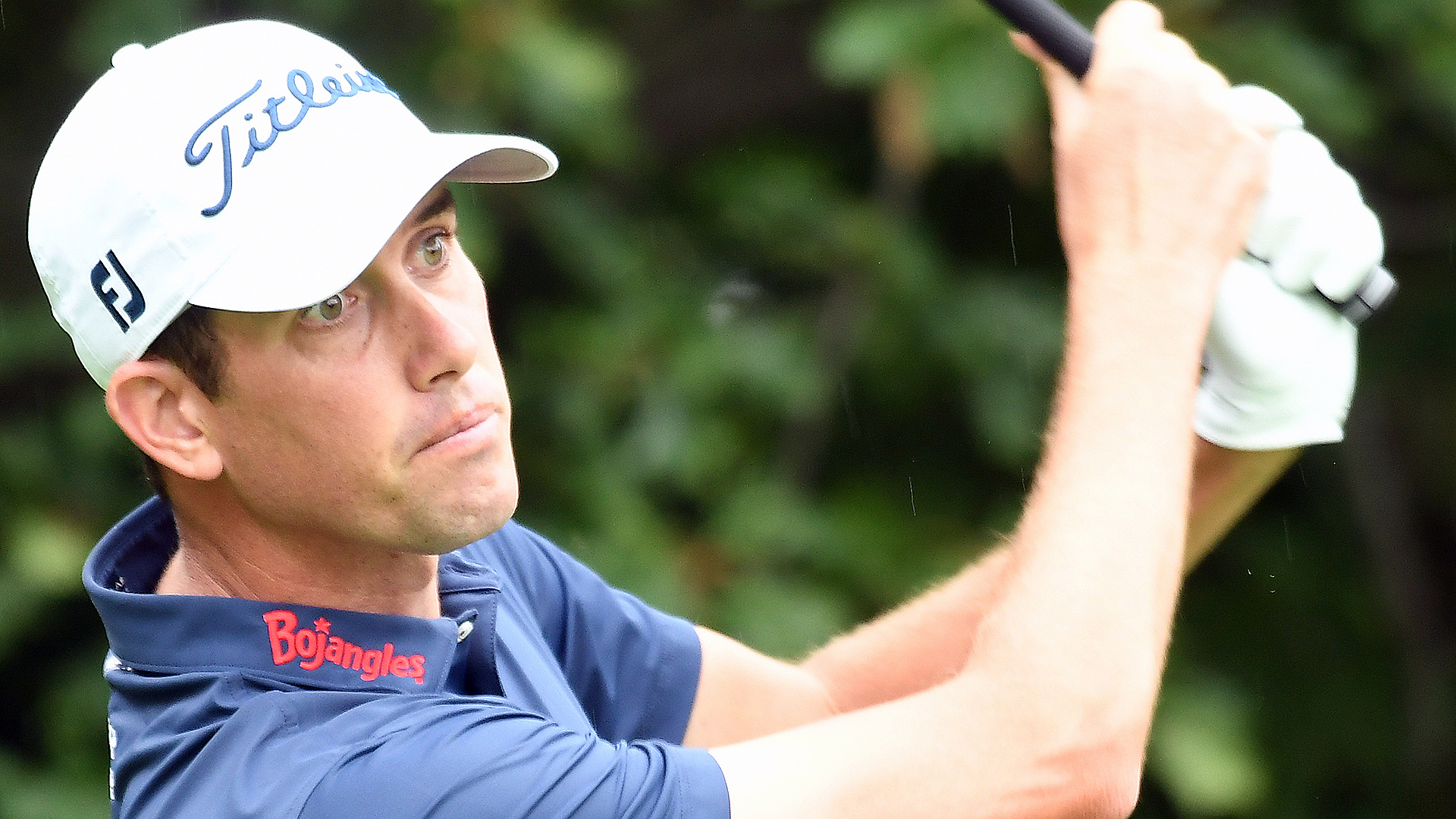 How small are the margins at the elite level?

Chesson Hadley kept his PGA Tour card by 1.22 points – and needed a wild finish just to do it.

The lanky 34-year-old, in a de facto home game for the Raleigh, N.C., native, made his first-ever hole-in-one en route to shooting 62 and sitting on the top-125 cutoff.

(This is exactly how we’d celebrate our first ace, too.)

It still didn’t look like it’d be enough, not with fellow bubble boy Justin Rose hunting for the lead, but Rose three-putted the last, missing a 5-footer, to be the odd man out.

It was sweet relief for Hadley, who gave this memorable interview with CBS’ Amanda Balionis afterward, a reminder that the stars are the exception, not the rule, on Tour. The game is full of gritty grinders trying to keep at it:

And it was an important result for Rose, even if it meant missing the playoffs for the first time since its inception (he's exempt on Tour through the 2023-24 season). Needing a good showing to impress European Ryder Cup captain Padraig Harrington, who seems to have narrowed his choices to just a few for one spot, Rose posted his best result (T-10) in three months.

So that's a win-win, even if the results said otherwise.

And so, after all of that Sunday drama at the Wyndham, just three players moved inside and outside of the magic number. That follows the trend from the past seven years: 21 guys, in and out.

Over on the Korn Ferry Tour, they also played their regular-season finale and handed out PGA Tour cards for the first time since fall 2019. Only six of the 25 graduates have played full-time on the PGA Tour before; the rest will be rookies.

Some interesting stories in there: Davis Riley is a stud; Jared Wolfe began the KFT season with four guaranteed starts and wound up earning his full card; Max McGreevy is the poster child for the Tour feeder system: the PGA Tour China Order of Merit winner, then a KFT graduate; Cameron Young led or co-led after eight consecutive rounds to earn his card in short order; Curtis Thompson is the older brother of LPGA star Lexi Thompson; David Skinns, who won the regular-season finale, is a 39-year-old Englishman finally making it big; and Austin Smotherman is a former teammate of Bryson DeChambeau's at SMU. 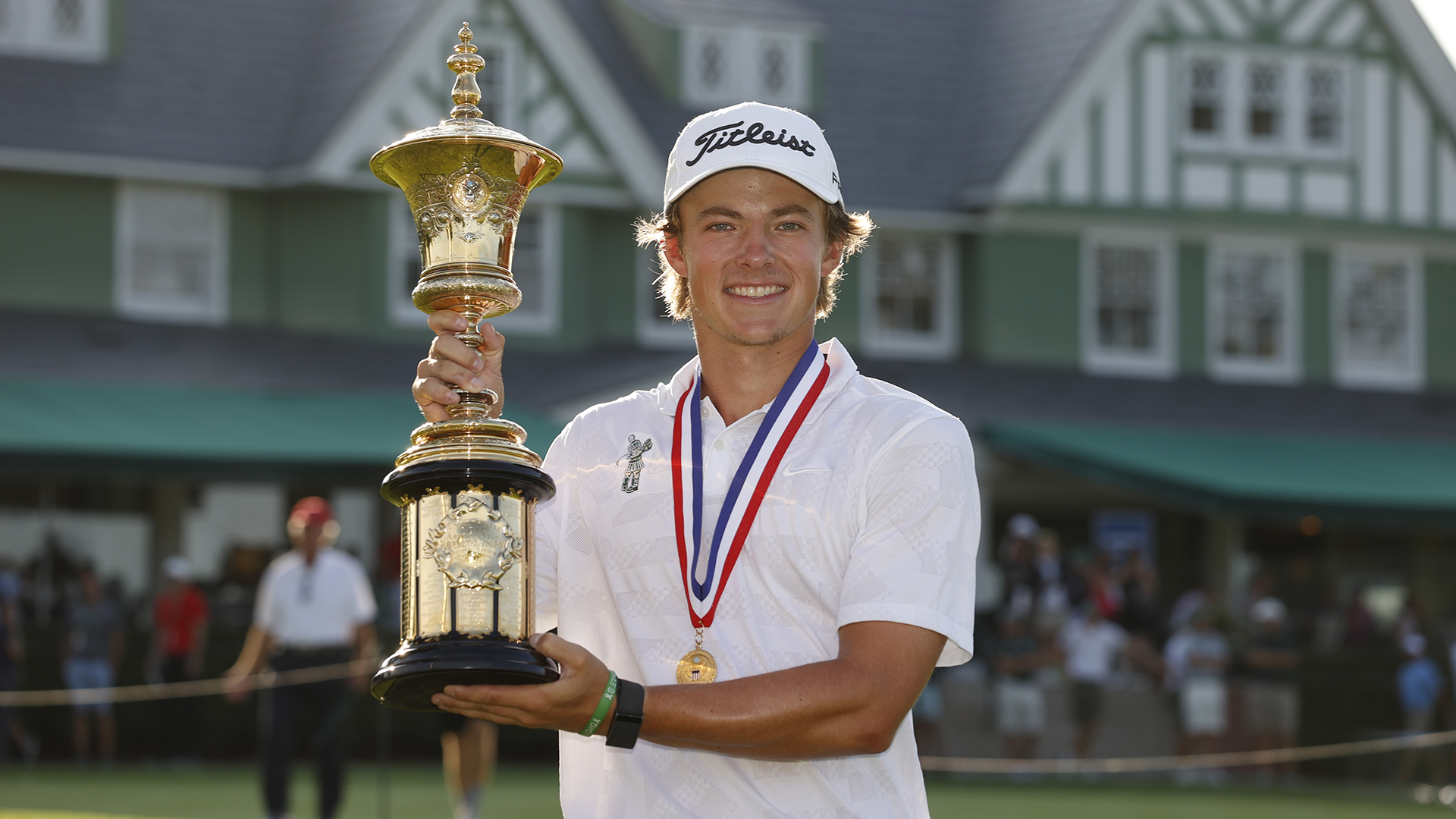 Both players earn invitations to the 2022 Masters and U.S. Open, provided they remain amateur; Piot also gets an extra spot in The Open Championship.

For the second year in a row, it was an unlikely championship match. A year after zero top-50 players advanced to the semifinals at Bandon Dunes, this finale pitted Piot, a fifth-year senior at Michigan State, against Austin Greaser, a junior at North Carolina who isn’t the best player on his upstart squad but had a strong showing a few weeks ago at the Western Amateur, where he lost in the semifinals.

The rapid elevation of these two players in particular (and last year’s Am at Bandon) is a testament to the high-level parity across the college and amateur game. No player has been able to separate and dominate, but there are, literally, dozens of talented 18- to 22-year-olds who could win any given week.

For more on the U.S. Amateur finale, check out colleague Brentley Romine's story from Oakmont. 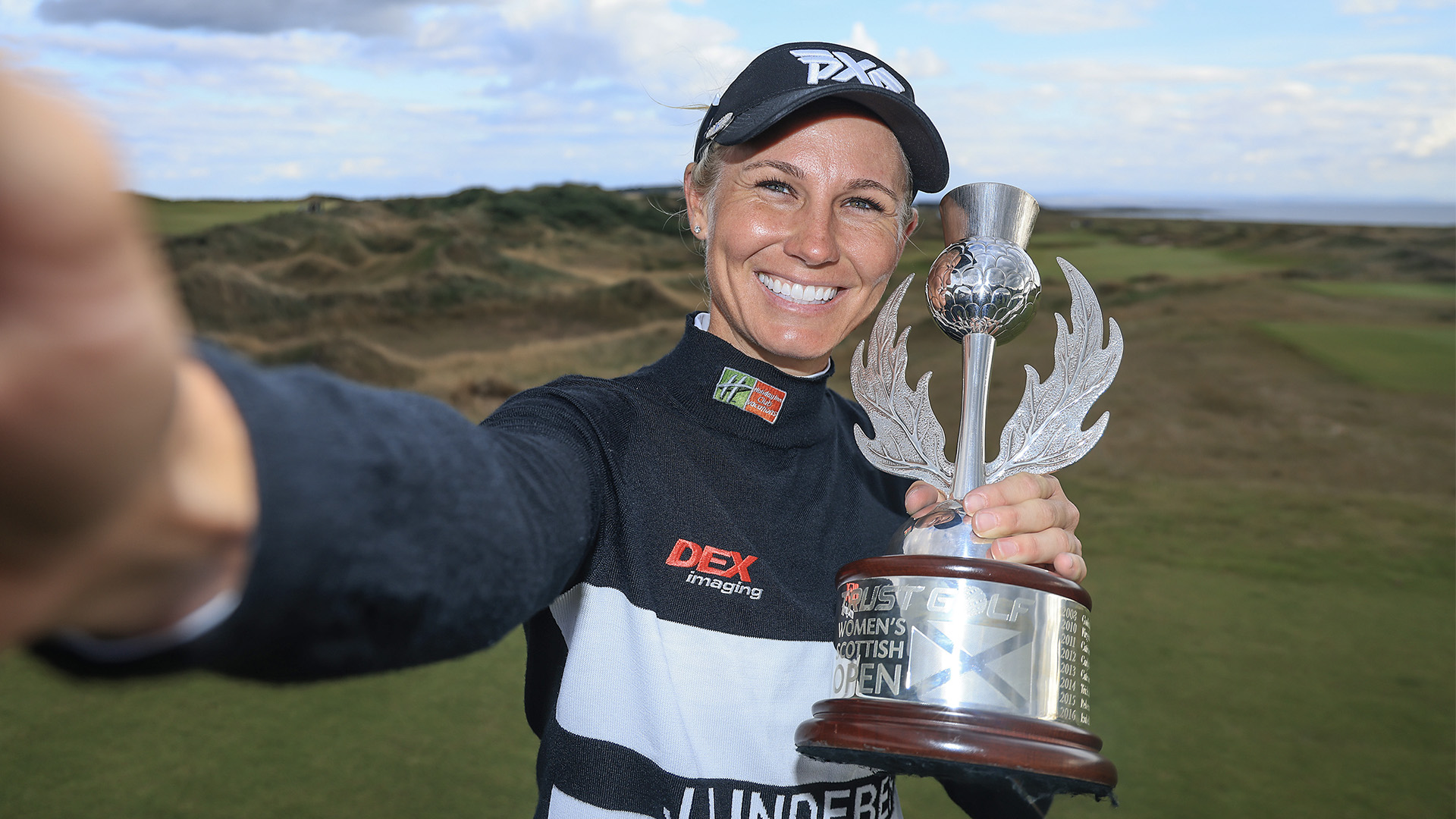 Persistence: Ryann O’Toole. In her 228th career start and 11th season on tour, with no real competitive momentum to speak of, contemplating retirement as she looks to start a family, O’Toole, 34, summoned the goods to race through a jam-packed leaderboard and win the Scottish Open for her first career LPGA title. Prior to the win, her best finish this season was a tie for 14th; she didn’t have a top-3 overall in the past three years. Now, she’s the sixth American to win on the LPGA this season. Good stuff.

Act Like You’ve Been There: Doug Barron. It was his second PGA Tour Champions title, but even with his breakthrough in 2019 Barron didn’t lose his mind like he did Sunday at the Shaw Charity Classic. With a late push he turned a two-shot deficit into a two-stroke margin of victory over Steve Flesch, and he let loose a wild celebration that was at best unprofessional and at worst unhinged. Apparently he dropped a monster F-bomb in a post-round interview but it was quickly scrubbed from the internet. “I felt kind of bad, because I got a little excited and I was embarrassed, actually,” Barron said afterward. “He’s my friend and I would never want to disrespect another player. But when you win out here, it’s so few and far between – golly, it’s been almost two and a half years and, woo-hoo, it’s crazy. He’s a great competitor and a good friend. You just don’t want to disrespect your peers.” Oh, like this?

Off to Europe He Goes: Will Zalatoris. He would be 25th in the standings, on pace to make it all the way to East Lake, but without a win this season, Zalatoris, who is technically just a Korn Ferry Tour member, will miss out on the playoffs. That’s OK – he’ll tee it up in (likely) two European Tour events over the next few weeks as he attempts to boost his Race to Dubai ranking and, maybe, do enough to grab the attention of Captain Stricker. Then he'll start his new season in Napa, as a full-fledged Tour member. Finally. 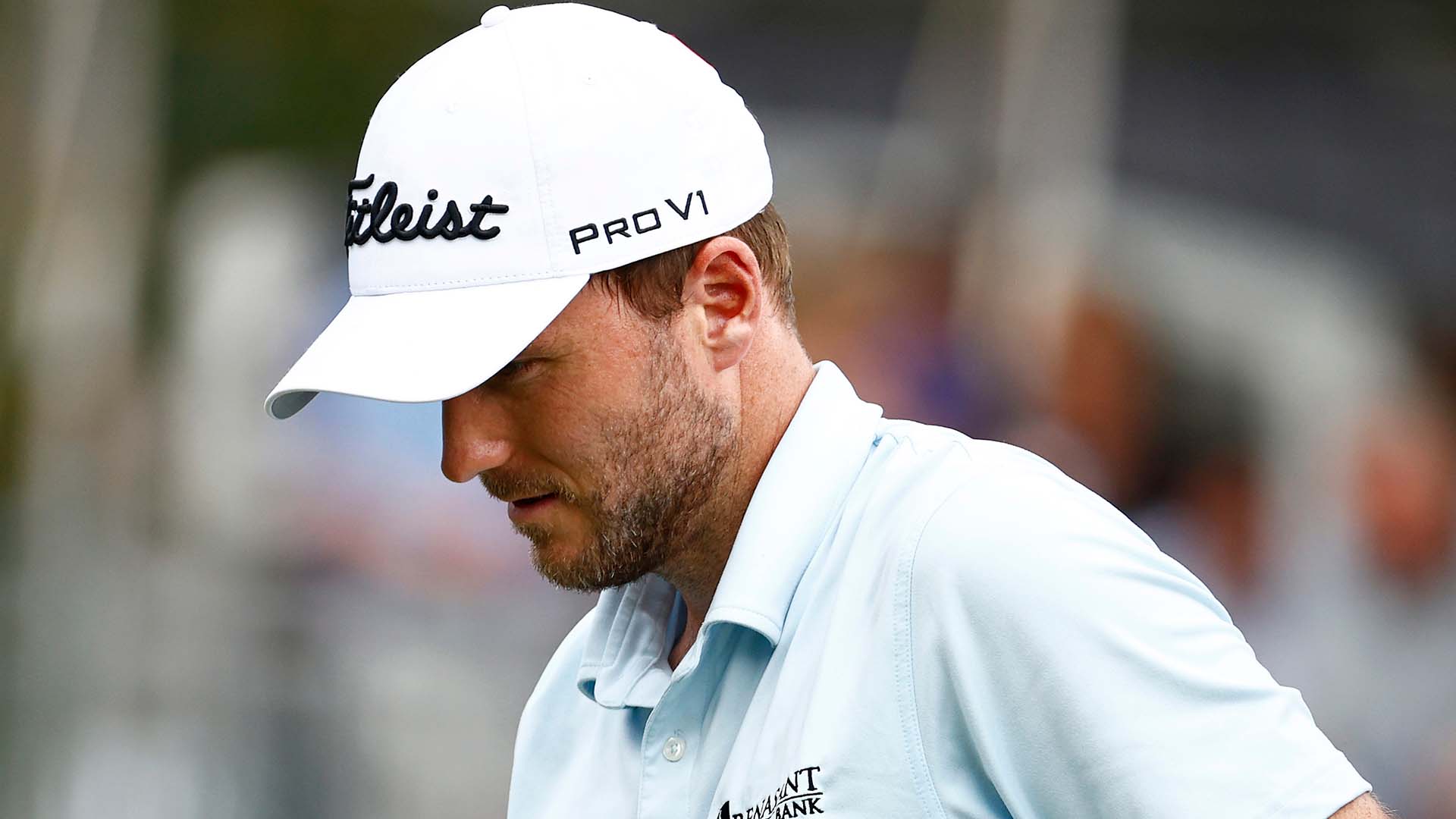 Tough Scene: My Dawgs. Hooray for Kiz, but a week after Harris English got put on the clock and watched his WGC title hopes melt away, Russell Henley failed to get it done on the final day at the Wyndham, missing a 4-footer on the last and shooting 71 when a simple under-par round on a rain-softened Sedgefield would have sufficed. Trying to go wire to wire, Henley’s was the worst Sunday score of anyone inside the top 35, and it continued a curious trend on Tour: No 54-hole leader has won since Phil Mickelson at the PGA. In mid-May! “It stings pretty bad,” Henley said. Others can relate, unfortunately. 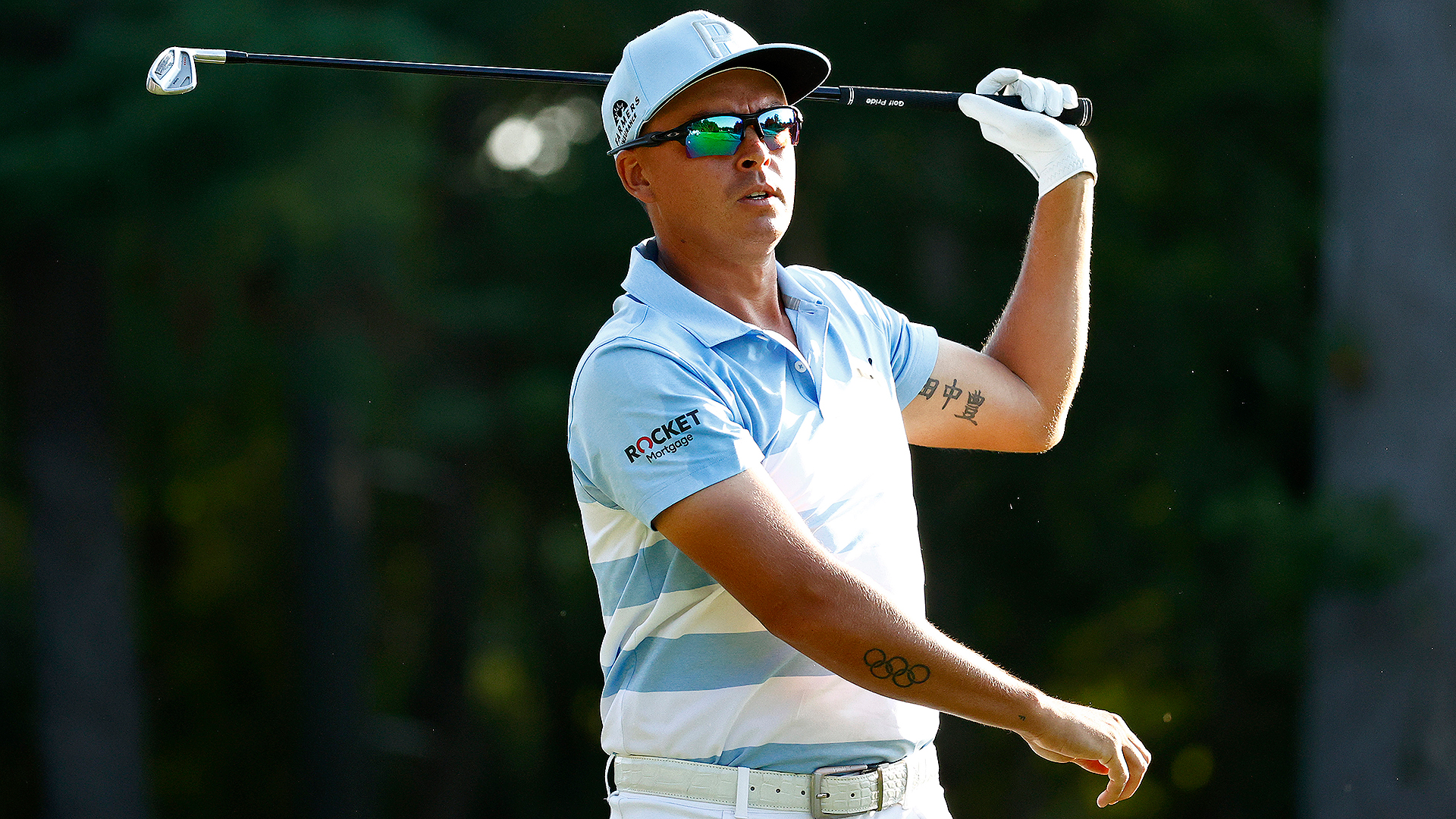 All Class: Rickie Fowler. And so ends the worst season of Fowler’s career, with a missed cut at the Wyndham that left him outside the top 125. He now has a month off to get his game and mind right and prove that 2021 was an anomaly. Exempt for at least two more seasons, Fowler took the right attitude, not only talking to reporters (when many others would have headed straight to the jet) but calling this a much-needed “kick in the butt.” Here’s hoping for better days ahead; the game is better when Big Rick is gunning for titles.

Clutched Up: David Lingmerth. A Monday qualifier into the Wyndham, Lingmerth closed with 67 to eke into the top 200 and earn a berth into the Korn Ferry Tour Finals. Without that T-37 (and No. 199 regular-season finale) he was in golf’s version of no-man’s land, with a long Q-School road ahead. Now he could potentially earn back his PGA Tour card with fine play in the three-event playoffs.

Not Clutching Up: Michael Thompson and Ted Potter Jr. After opening with 64 at Sedgefield, they looked to build on their early success and make the big move inside the top 125. Instead, they ballooned to 74 and 77, respectively, in the second round to miss the cut. Thompson is exempt through 2023, but Potter needs to pack his bags for the KFT Finals.

Losing, But Still Winning: Matthew Wolff. The enigmatic youngster missed the cut in the regular-season finale, but he joined Kisner in taking home a cool $1 million. Wolff was the winner of the season-long Aon Risk Reward Challenge, given to the player who performs best on a given hole (usually requiring some semblance of strategy) each week. A nice reward for a turbulent season.

Blown Fantasy Pick of the Week: Jason Kokrak. The big boy actually had a pretty sporty record at Sedgefield, despite its reputation as a safe haven for plodders. Well, Kokrak imploded with a second-round 74 to miss the cut, spoiling a prime chance to appeal to the Team USA leadership that will be hesitant to add another rookie. It was just his second MC all year. Sigh. 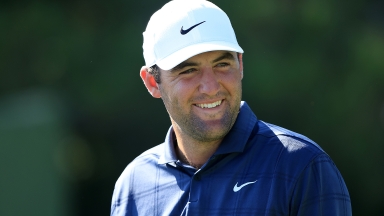 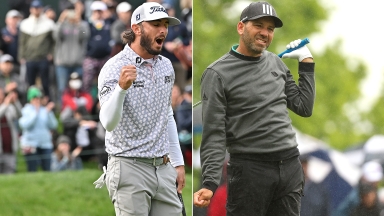 Max Homa continued his ascent up the PGA Tour ranks, while Sergio Garcia made it clear he is ready for a change of scenery. 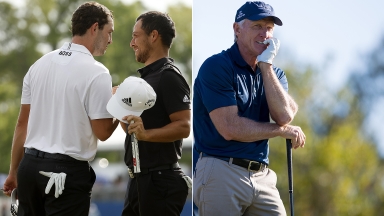 Xander Schauffele and Patrick Cantlay were record-setting in their triumph, while it wasn't nearly as positive a week for Greg Norman.