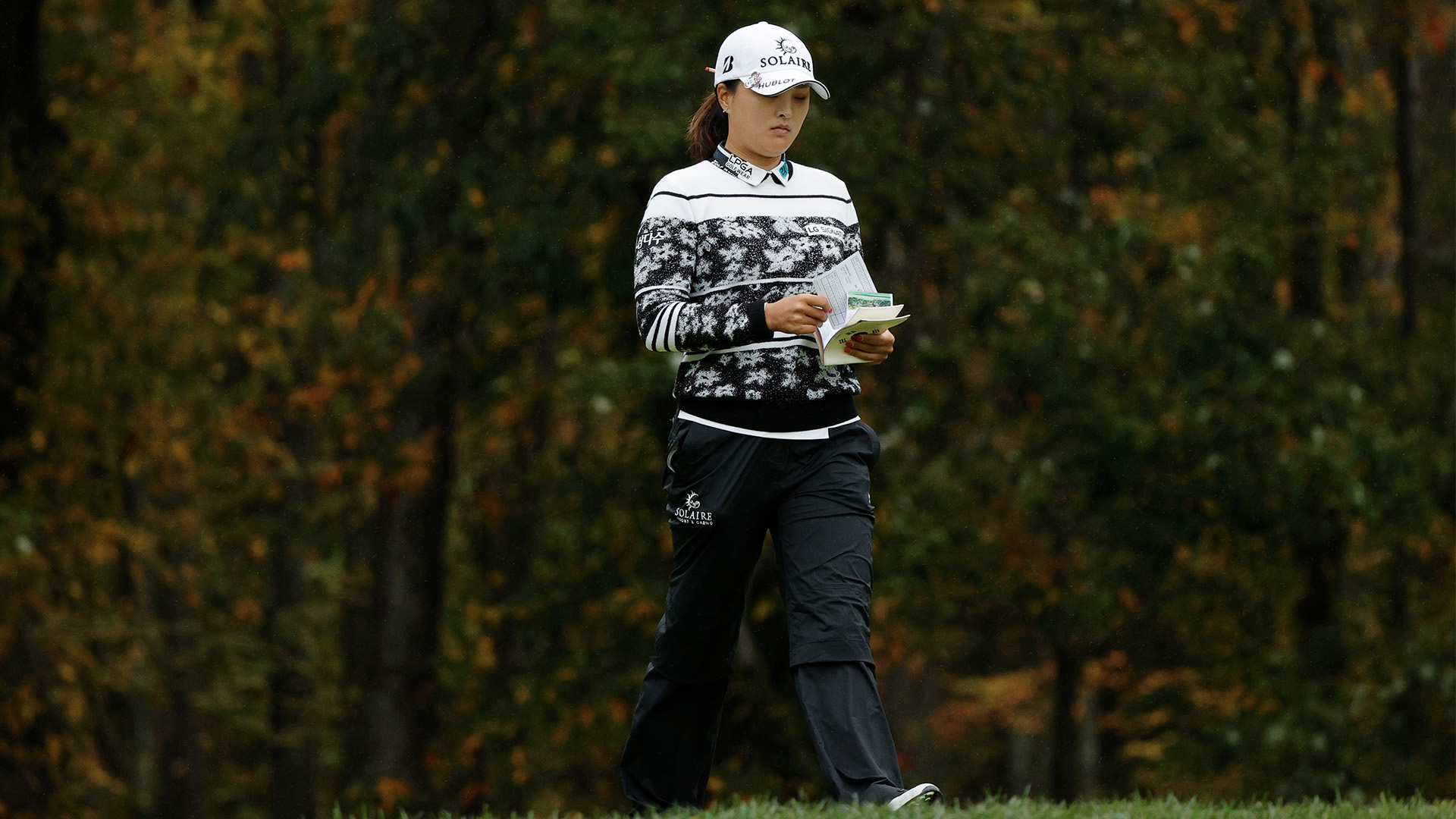 Less than two weeks removed from her record-setting win at the Founders Cup in New Jersey, Jin Young Ko is now 7,000 miles away in her native South Korea looking to make more history at the BMW Ladies Championship.

In Ko's final round at Mountain Ridge Country Club, the world No. 2 tied Annika Sorenstam's LPGA record of 14 consecutive sub-70 rounds, which she can break in the BMW Ladies' first round. But Sorenstam's record won't be at the forefront of Ko's mind in Round 1 at LPGA International Busan.

"I relaxed for a week, and during that week I really thought hard about what my priorities are and what my values are," Ko said. "And so, of course, I will be happy to break a record and make a new record. I think it's really important for me to focus and concentrate on my game and also enjoy the game. And I think that at the end of the day, the records will be determined by how I play on the course and what kind of attitude I have.

"So the pressure is there, but I think that I can keep the pressure in check. And I also think that having that ambition, I guess, to break records and that desire is also what drives players, in general, to be better."

The 26-year-old's ambition has her in the midst of a hot streak that includes three wins and a runner-up finish in her last six starts while having 10 top 10 finishes in 16 starts overall this season.

However, this week in Busan, there's another record at stake. A win by a Korean would be the 200th win by a Korean player on the LPGA. Ko and many of her South Korean competitors would love to notch that achievement on home soil, even though there won't be fans in attendance due to COVID-19.

"I think it's kind of a fascinating coincidence that we are playing in an event in Korea when that event will determine whether we will see a 200th win by a Korean player on the LPGA Tour," Ko said. "Obviously there are a lot of Korean players in the field, and I think I will be happy for anyone to gain that win. Of course, I will try my best. And if I were to be that Korean player to record the 200th win, it will really be an honor and a joy."

If Ko were to grab that milestone win for her country, she would also take back the No. 1 spot in the world rankings, which is currently held by American Nelly Korda, who's the only other player besides Ko to have three LPGA wins this season. Korda, who's not in the BMW field, leads Ko 9.39 to 9.10 in world ranking points.

Ko said reclaiming the world No. 1 position would be the "cherry on top" of a great week, but even if the 10-time LPGA winner rises back to the top, she will continue to search for ways to improve her game.

"When I became the first-ranking player, besides the title itself, I was really able to see how I do as a player and what parts I needed to shore up in my game," she said. "So I'm not really ambitious about reclaiming that position or title, rather I think I want to become wiser and I want to be able to find ways I can enjoy the game as a golfer. And if I can reclaim the title after I go through that process where I find how I can enjoy golf as a golf player, that won't be bad either." 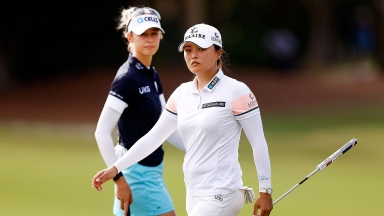 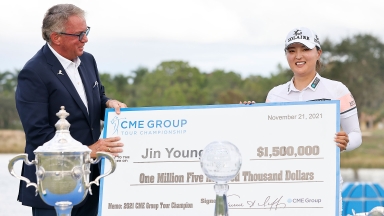 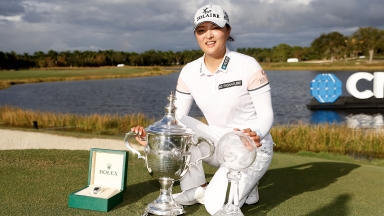 Player of the Year Jin Young Ko turned must-see TV into her own special with a Sunday 63 at the CME Group Tour Championship.