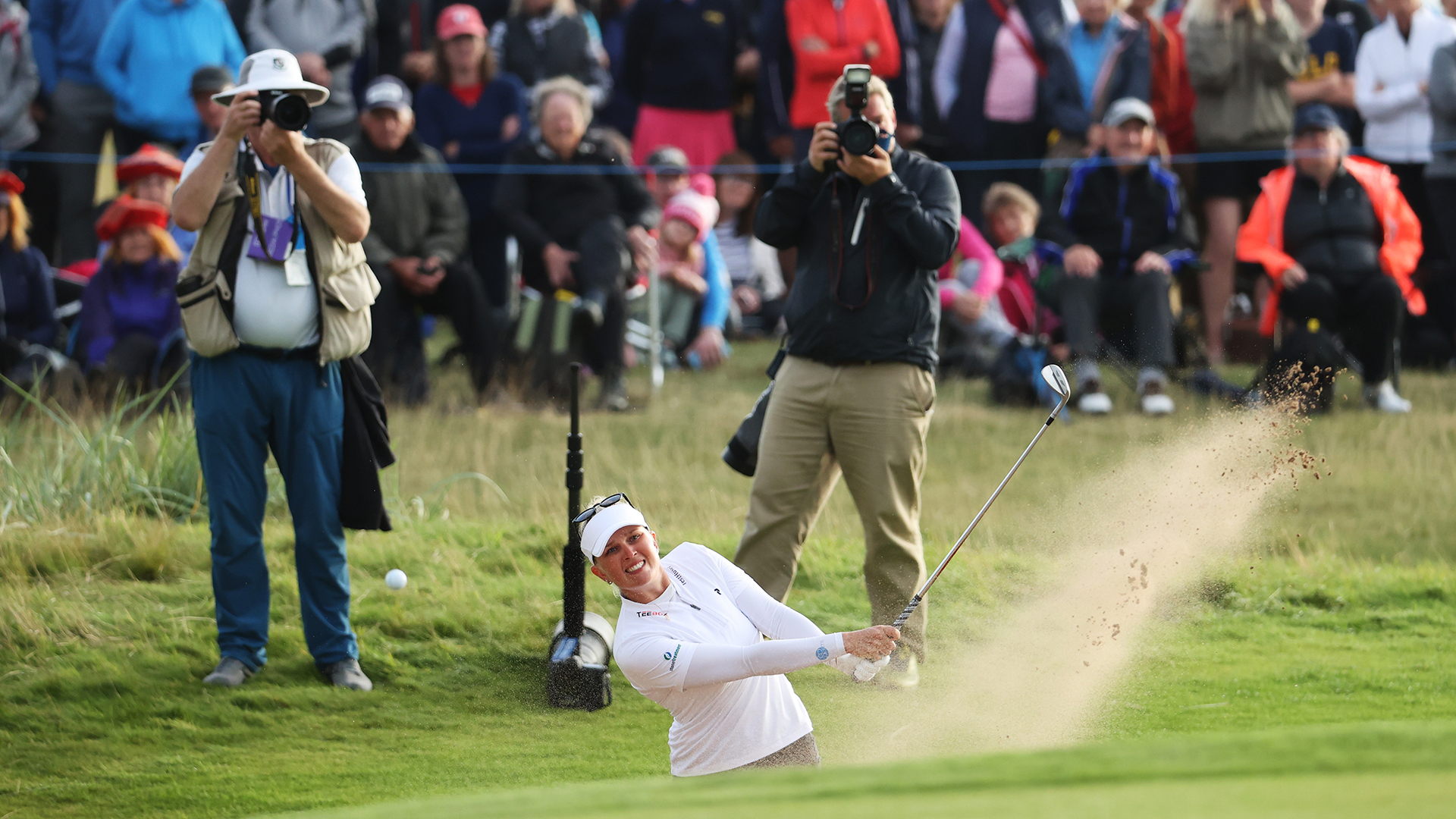 With four holes to play late Sunday afternoon at Carnoustie, Nanna Koerstz Madsen was all alone atop the AIG Women’s Open leaderboard.

About an hour later, she must’ve felt like she was alone.

As Anna Nordqvist cozied a birdie putt to within inches of the hole on the par-4 18th to set up a major-winning tap-in, Madsen was just trying to get out of the way. A few shots earlier, she had fanned a long iron into a downhill lie in a greenside bunker right of the green, barely clearing Barry Burn, and then proceeded to shank her third shot nearly out of play.

After failing to get up and down from the weeds, the 26-year-old Dane finished off a disappointing double bogey to cap a 1-under 71 and 10-under week. She then watched as Nordqvist put the final touch on her two-shot victory and third major title.

“I was nervous all day,” Madsen said. “Did really well in trying to still hit good shots, trying not to make mistakes, and on 18, I tried to not make a mistake and that was the only thing I shouldn't do.”

After birdies at Nos. 11, 12 and 14, Madsen led outright at 13 under, one shot clear of Nordqvist. But she coughed up a shot at No. 15 and then her chance at her first major and LPGA victory.

A four-time winner as a pro, Madsen could only equal her best career runner-up finish, tying for second. She was runner-up at the 2019 Indy Women in Tech Championship, but she never challenged for the trophy as she birdied each of her last two holes and still finished well back of Mi Jung Hur.

“I'm really proud,” Madsen said. “I had a chance all the way till 18, also on 18 fairway. I hadn't even had a chance on the back nine on a Sunday yet, so I'm very pleased and I now have a way to get there, and I just need to finish the last hole, as well.

“I'm really proud of what I've been working on and I do believe that it's going to come in the future.” 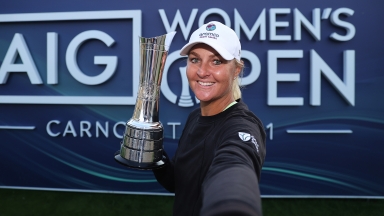 The AIG Women's Open purse increase raised the winner's cut to $870,000, which is what Anna Nordqvist collected. 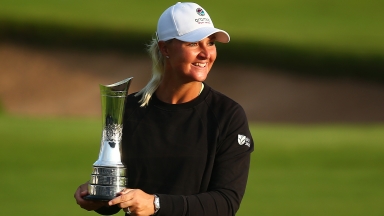 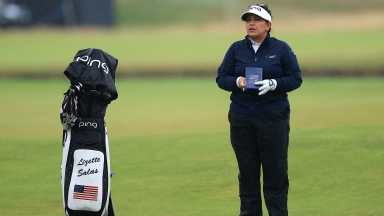