Opening up has had freeing effect on KPMG leaders Lizette Salas, Nelly Korda 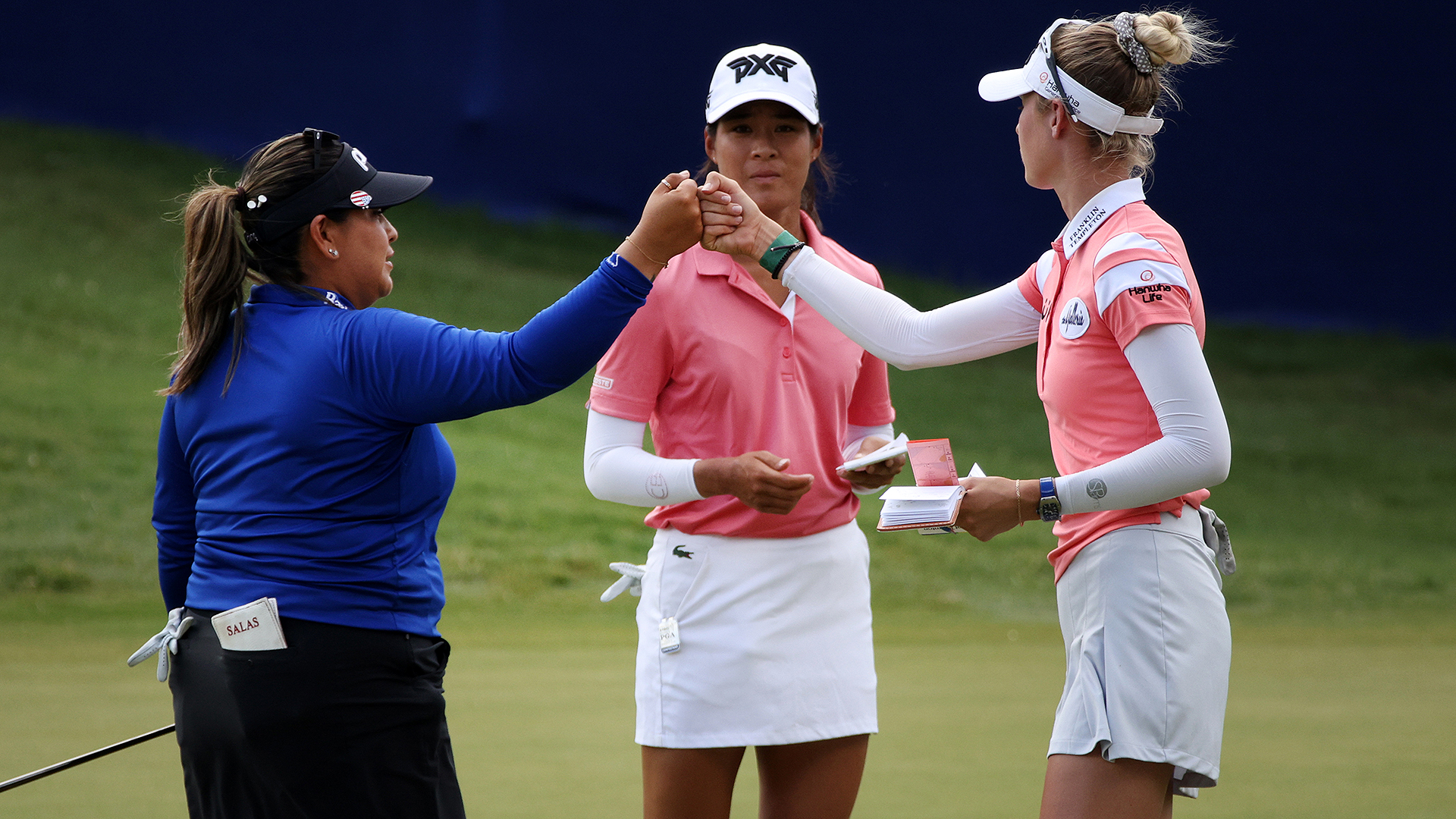 JOHNS CREEK , Ga. – “Sometimes you have to play a long time to play like yourself,” said Miles Davis. Lizette Salas and Nelly Korda combine for 15 years on the LPGA Tour, but it was in just the last seven days that each opened up about personal struggles.

Their revelations come at a unique time as the world copes with the fallout of a worldwide pandemic that has fueled isolation, depression and anxiety. The world's top athletes weren’t spared from these overwhelming feelings, either. And yet, Korda and Salas sit atop the leaderboard at the KPMG Women’s PGA Championship and enter the final round each with a chance to capture their first major title. Perhaps it’s an opportunity that was only made possible with the recent unburdening of the struggles they’ve faced.

One week ago, Korda recorded her career low round with a 10-under par 62 at the Meijer LPGA Classic. It was after that round that Korda revealed the pressure she had been putting on herself and the joy she’d lost on the golf course. Korda missed her first cut of the year at the U.S. Women’s Open the week before and regrouped during a week off. 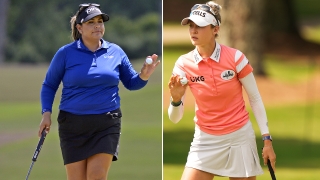 Watching the men’s U.S Open, Korda said she was inspired by Bubba Watson’s and Matthew Wolff’s honesty about their own mental challenges. It was through their words that Korda found a renewed outlook that propelled her to victory at the Meijer and into contention for her maiden major.

“I've always kept everything in,” Korda said Saturday after shooting 68 to sit tied with Salas at 15 under par. “I've never really shown too much emotion on the golf course. I like to keep it steady and not have it roller coaster. Inside, I'm on a pretty big roller coaster. But I think it feels good to kind of let it out.”

An opening-round 67 on Thursday gave Salas the confidence she needed to unburdened the year-long struggle she had been dealing with in battling anxiety on and off the golf course. Following her revelation, she received countless messages in support. Lexi Thompson, who has been dealt several difficult losses in major championships, reached out to Salas to express her gratitude for opening up.

“It brought me closer to who I really am,” Salas said about the challenges she faced over the last year. “I think that just allows me to be myself on the golf course and to play the golf I know how to play.”

Korda and Salas are not an anomaly. Celine Boutier, the third member of their group on Saturday at Atlanta Athletic Club, fought paralyzing anxiety while playing college golf at Duke University, to the point she couldn’t pull back the club. Boutier broke through for her first LPGA win in 2019. Similarly, Madelene Sagstrom, who first revealed in 2017 she had been sexually abused as a child and suffered years of painful shame about herself, won for the first time in 2020. She shared her personal account in partnership with the LPGA again this year.

“There's days that are so much easier than others,” Korda said. “It's kind of like an ongoing battle, I think, and you're going to have that throughout your career.”

There’s a freedom that comes with being yourself. Korda and Salas have only recently discovered that’s true, and whether a major victory comes for either of them on Sunday that, in and of itself, is a victory.

“Whatever happens tomorrow, I'm just proud of how much I've overcome so far,” Salas said. ”We're just going to take it one shot [at a time] and continue smiling and being myself.” 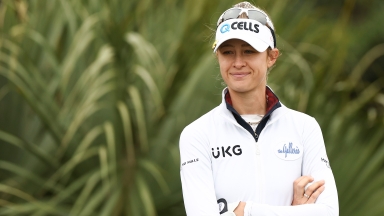 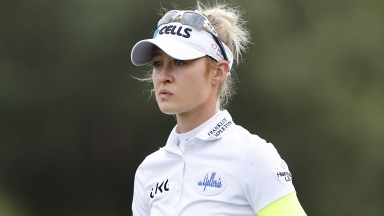