With the FedExCup playoffs set to begin in two weeks, the PGA Tour has created a secondary points list for eligibility. This list will remove those who have been suspended indefinitely by the Tour – but have not resigned membership – for participating in LIV Golf events.

According to a memo sent to players from Tour commissioner Jay Monahan, the circuit moved to ensure “that suspended members do not negatively impact other players’ tournament eligibility, positioning on the priority rankings or eligibility to compete in the FedExCup playoffs.”

The policy board has approved the creation of an “eligibility points list,” which removes suspended players from the FedExCup list. The regular-season points list sets the criteria for the playoffs (the top 125 qualify for the first post-season event) as well as players’ status for next season.

“While the new list will not take the place of the official FedExCup points list, it will provide clarity for players and fans alike in regard to tournament eligibility, including the FedExCup playoffs and priority rankings for the 2022-2023 season,” the memo read.

Here is a look at the Tour's playoff eligibility list entering this week's Rocket Mortgage Classic.

Along with the memo, the Tour sent players the most recent eligibility points list that has removed the suspended players. The 125th-ranked player on the new list is Stephan Jaeger, who is ranked No. 133 on the regular-season FedExCup points list. Webb Simpson, No. 125 on the FedExCup list, is now 117th on the eligibility list.

Here's a look at the players who have been removed from the eligibility list (FEC standing in parentheses):

The number will further change after this week when Jason Kokrak (currently 40th on eligibility list), Charles Howell III (99) and Paul Casey (127) make their LIV Golf debuts on Friday. The trio is expected to subsequently be suspended and removed from the eligibility list. That would move the target line to No. 136 in the original FedExCup standings.

The memo also attempted to clarify the eligibility for this year’s Presidents Cup, explaining “only players who are eligible for tournament play may compete in the Presidents Cup, regardless of membership status.” This would exclude those who have been suspended for playing the Saudi-backed LIV league from playing this year’s event. 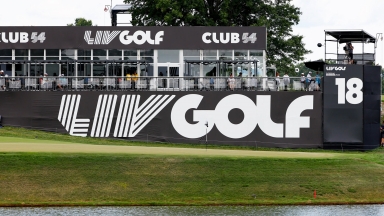 Tuesday’s hearing for a temporary restraining order avoided details, like the amount of each contract and any stipulations included. 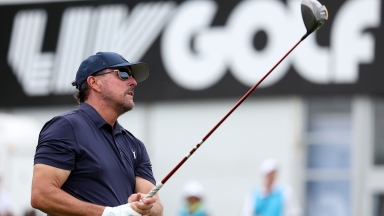 Here's a look at a timeline of events and full court documents for the LIV players' lawsuit against the Tour.