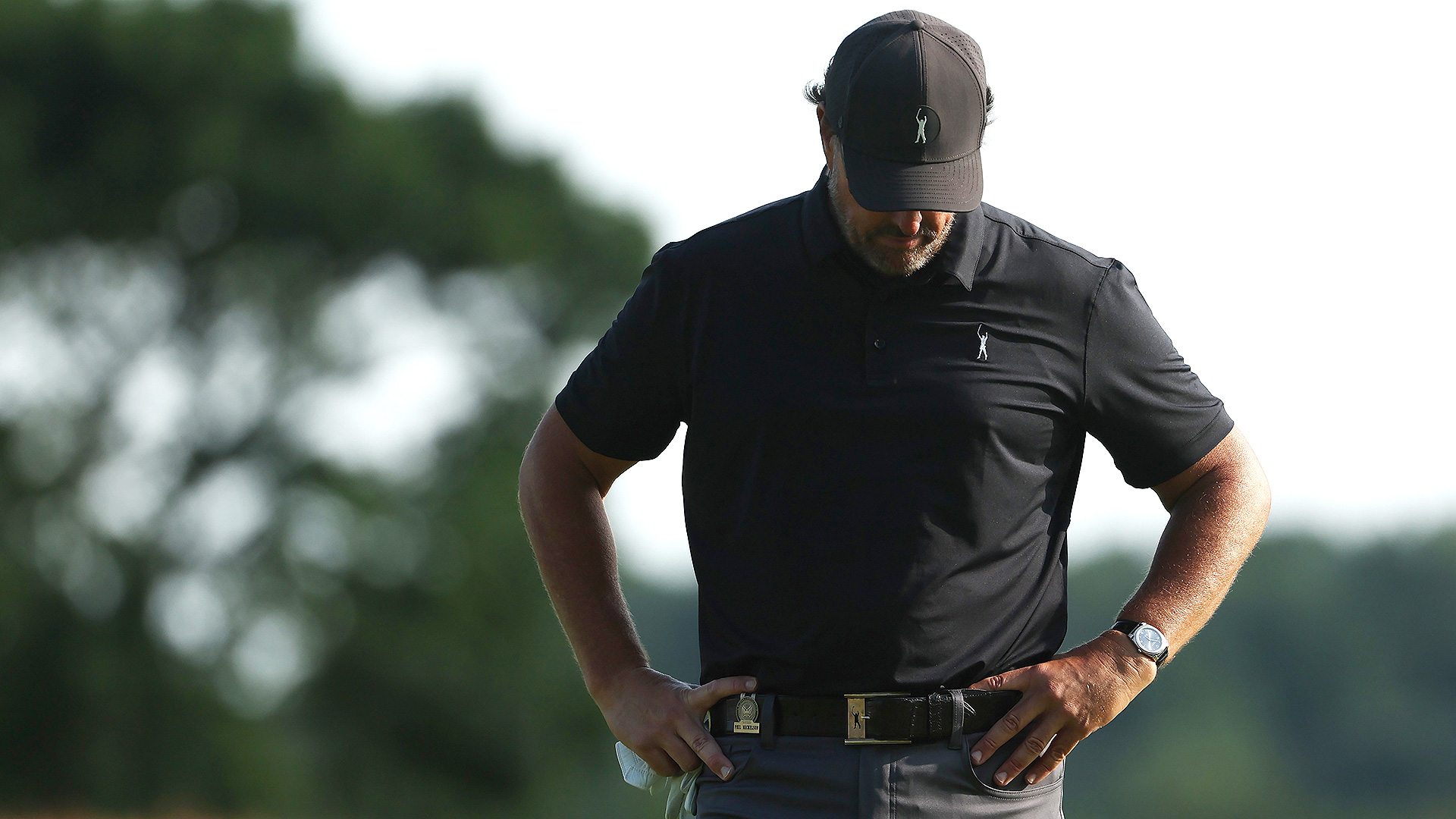 BROOKLINE, Mass. – On this miserable day, crowd control was the least of Phil Mickelson’s concerns.

In his second tournament in four months, at a challenging but eminently fair Brookline, on his 52nd birthday, the result was predictable: Mickelson crashed to an opening-round 78 at this 122nd U.S. Open. He’s trailing 12 amateurs and sits in a tie for 144th, only five shots out of last place.

“I really enjoyed the test,” Mickelson said in a brief interview in the player parking lot, but it was difficult to believe him. He was last in the field in driving distance. He hit only eight greens. And he had such an ice-cold putter that he switched grips mid-round, to little effect.

This was not a surprise, of course. Any chance of Mickelson finally completing the career Grand Slam evaporated in 2019, when he was a non-factor at Pebble Beach, and now he’s left to battle Father Time on Open courses that are too penal against fields that are too deep, too strong, too good.

And so, no, the drama Thursday at The Country Club wasn’t whether Mickelson would play his way into early contention; it was whether golf’s biggest disruptor would be pummeled with insults and taunts by the notoriously mouthy Boston crowd.

Was Mickelson steeling himself for a potentially brutal day?

He scrunched his face.

“No,” he said. “People here have always been great.”

Earlier this week Mickelson said he understood his career choices were polarizing, but he surely did the calculus and figured there wouldn’t be much animus directed toward him, not after building up three decades of goodwill.

For starters, sports fans are a forgiving bunch. Athletes have endured all sorts of sordid scandals and still been reintegrated into public life as beloved as ever. Spectators pay to be entertained, preferably by guys they know, and few in the game’s long history have been as popular as Mickelson.

Tournament golf also doesn’t lend itself to outright hostility. The Country Club isn’t a stadium or a court or a ballpark, the fans’ focus trained on one playing field and the limited participants. A golf tournament is spread across a dozen acres, and no sane person would pay a couple hundred bucks just to hate-follow someone when there are 155 more palatable options elsewhere.

And so they cheered Thursday. Almost universally.

Mickelson received a warm if not boisterous ovation when he was introduced, and walking off the first tee he heard a series of well-wishes, reacting to each with a popped thumb or tipped cap.

The few jeers landed with a thud. Someone yelled about blood money. Another mocked his dyed hair. Two guys chanted, “Khashoggi! Khashoggi!” A woman on the third hole cried out, “We used to love you, Phil!” When playing partner Shane Lowry left his birdie putt short on 14, someone barked, “I blame Phil!” Then: “Serves you right for going to LIV!”

But for the most part, the three uniformed Brookline police officers assigned to the group simply stood around, with no rules of decorum to enforce, and took in the poor golf.

On a mild, breezy day, Mickelson’s miracle Slam bid was doomed with a four-putt from 10 feet on the sixth green, the slapstick scene met with mostly laughter from the crowd. He went out in 40, encountered a wild turkey while looking for his errant drive on the 12th hole and generally looked like a 52-year-old in golf’s toughest test.

Even as the miscues added up, he never wavered from his uncomfortably long pre-shot routine. Over the past few years he has battled lapses of concentration, so now he stands behind the ball for five, 10, 15 seconds, left hand near his hip, trying to calm his racing mind, channel his focus and visualize his shot. It worked, somehow, at the 2021 PGA Championship, but that was an aberration – he has just three top-10s in his past 58 starts.

That stunning victory should have been celebrated as the last gasp of a proud champion. So good for so long, he should have victory-lapped last month around Southern Hills, soaking in the adulation as the unlikely defending champ. Instead, he was in a self-imposed exile after his incendiary comments about the PGA Tour and the Saudis. That ended a few weeks ago, when he announced his long-rumored move to LIV Golf (for a reported $200 million); after hitting his first tee shot in London, he was indefinitely suspended by the PGA Tour, his home for the past three decades.

This was Mickelson’s first U.S. tournament since January, and on Monday, in the leadoff interview slot, he received a barrage of pointed questions about his deeper motivations and his battered image. For a half hour he was evasive and unhelpful, and the irony wasn’t lost on anyone: Mickelson is the face of professional golf’s current unraveling, and yet, in his competitive twilight, he won’t factor in the divided future.

That dynamic creates the weird scene that played out Thursday at Brookline: an inconsequential round by a past-his-prime player who has been besieged by the press and blasted by some of his peers, but who remains largely beloved by his fans.

Indeed, with the final groups wrapping up, Mickelson tapped in to polite, sympathetic applause from the 18th-hole grandstand that, by 7 p.m., was only a quarter full. Behind the green, a woman wearing a Titleist cap and floral skirt hollered, “We love you, Phil!”

And at the end of a grim day, Mickelson’s grin returned.

Phil was suspended by Tour for LIV recruitment

Arguably the most compelling element of the antitrust lawsuit filed against the PGA Tour is how eventful Phil Mickelson’s year has been. 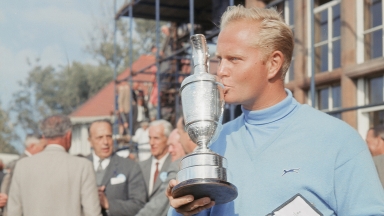 A look back at historic 'firsts' at iconic Muirfield

As we prepare for more history at Muirfield, let’s look back at five legends who captured their first claret jug at the iconic course. 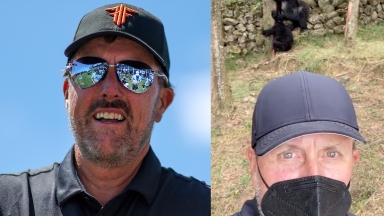 Phil Mickelson explained the story behind his viral gorilla video from earlier this month on Friday in New Jersey.