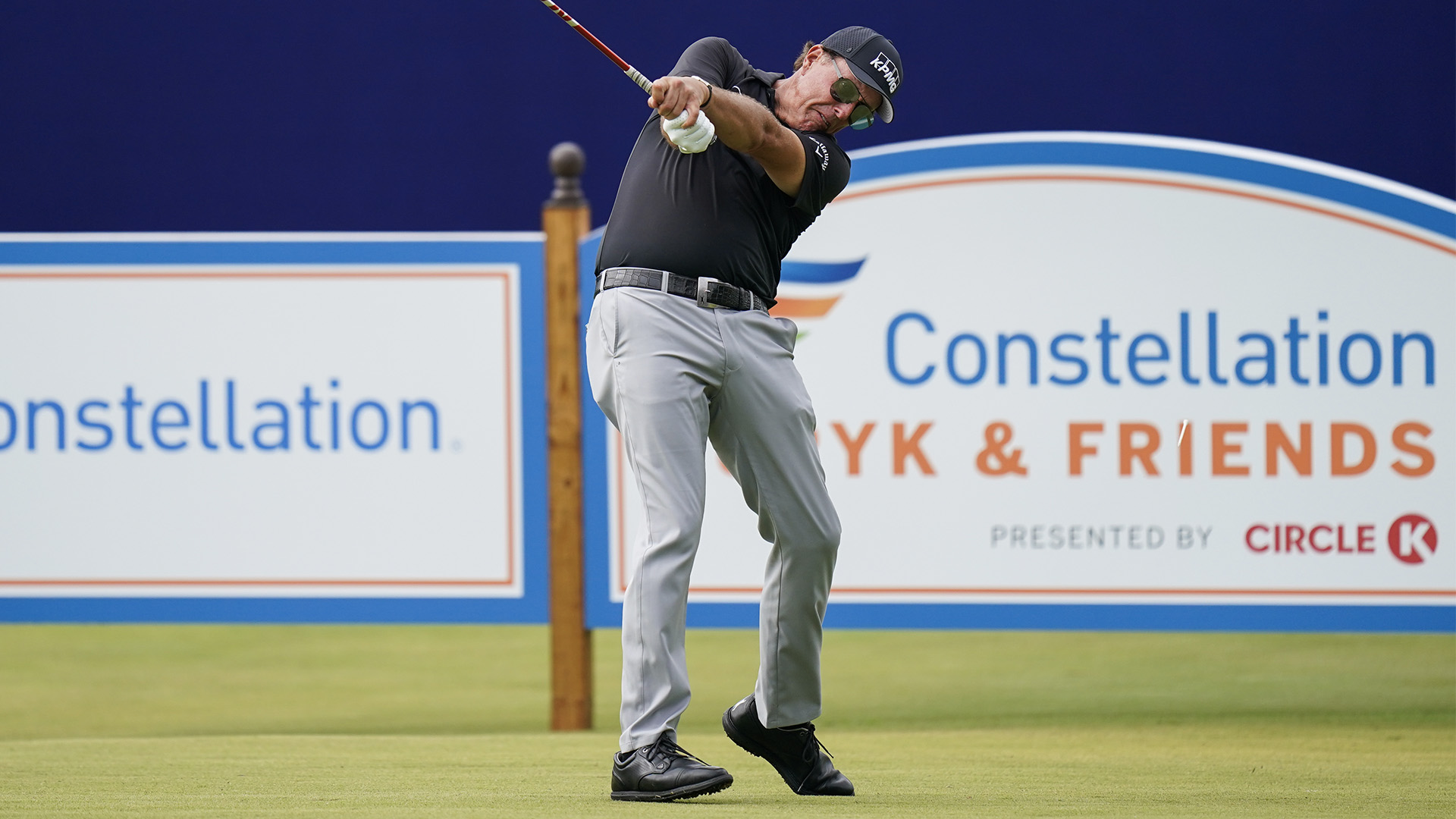 JACKSONVILLE, Fla. — Phil Mickelson shot a 6-under 66 on Friday for a share of the first-round lead with Matt Gogel in the PGA Tour Champions' Constellation Furyk & Friends Invitational.

Trying to win for the third time in four career starts on the 50-and-over tour, Mickelson had seven birdies and a bogey at Donald Ross-designed Timuquana Country Club in the round interrupted by a rain delay.

“Because of the rain, a little bit of some balls that would plug or maybe get a little mud, but it was really in great shape,” Mickelson said. “They did a great job of getting the course ready, and draining it so quickly for us to go back out and play, that was really nice.”

Mickelson played the front nine in 5-under 31 and added birdies on the two back-nine par 5s before dropping a shot on the par-4 18th.

“I wasn’t quite on when we got back out there, I just was a little bit off,” Mickelson said. “I hit a few wayward shots. I just didn’t feel great, but fought to for finish the round off and try to regroup for tomorrow. It’s a good start, though. I didn’t do any damage and made some good birdies on that front nine and I’ll try to get that level of play back for tomorrow.”

The 51-year-old Mickelson won the PGA Championship in May at Kiawah Island for his 45th PGA Tour title and sixth major championship. Last year, he opened his senior career with consecutive victories in Missouri and Virginia. Lefty tied for 20th in Tucson, Arizona, in February in his lone Champions event this year. 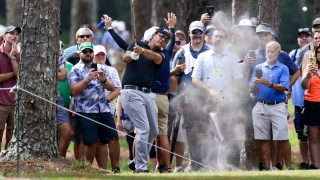 Lefty cracked out the same move from three weeks ago at the Fortinet Championship and it worked, again.

“I like the fact that it’s 54 holes,” Mickelson said. “It’s not anywhere near as mentally and physically draining as the regular tour and you don’t have to be as perfect as on the PGA Tour because the penalty for miss is so much greater there.”

Ernie Els also was at 69 with Jay Haas and Mike Weir. U.S. Ryder Cup captain Steve Stricker shot a 71 in a group with Fred Couples (72) and Davis Love III (73). 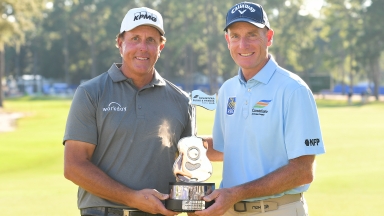 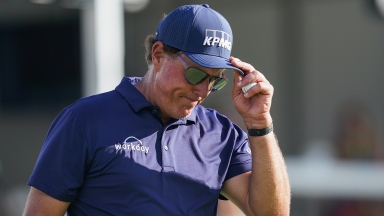 Phil Mickelson had an eagle-birdie-birdie stretch that carried him to a 5-under 67 and a two-shot lead Saturday in the Constellation Furyk & Friends. 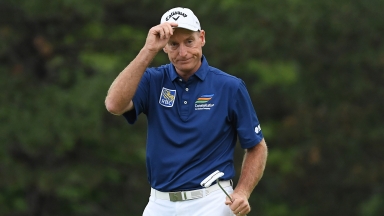 Jim Furyk gets his turn as tournament host and Padraig Harrington gets his first shot at the senior set this week.