Mickelson's 30 years at Phoenix Open filled with many wins, memories 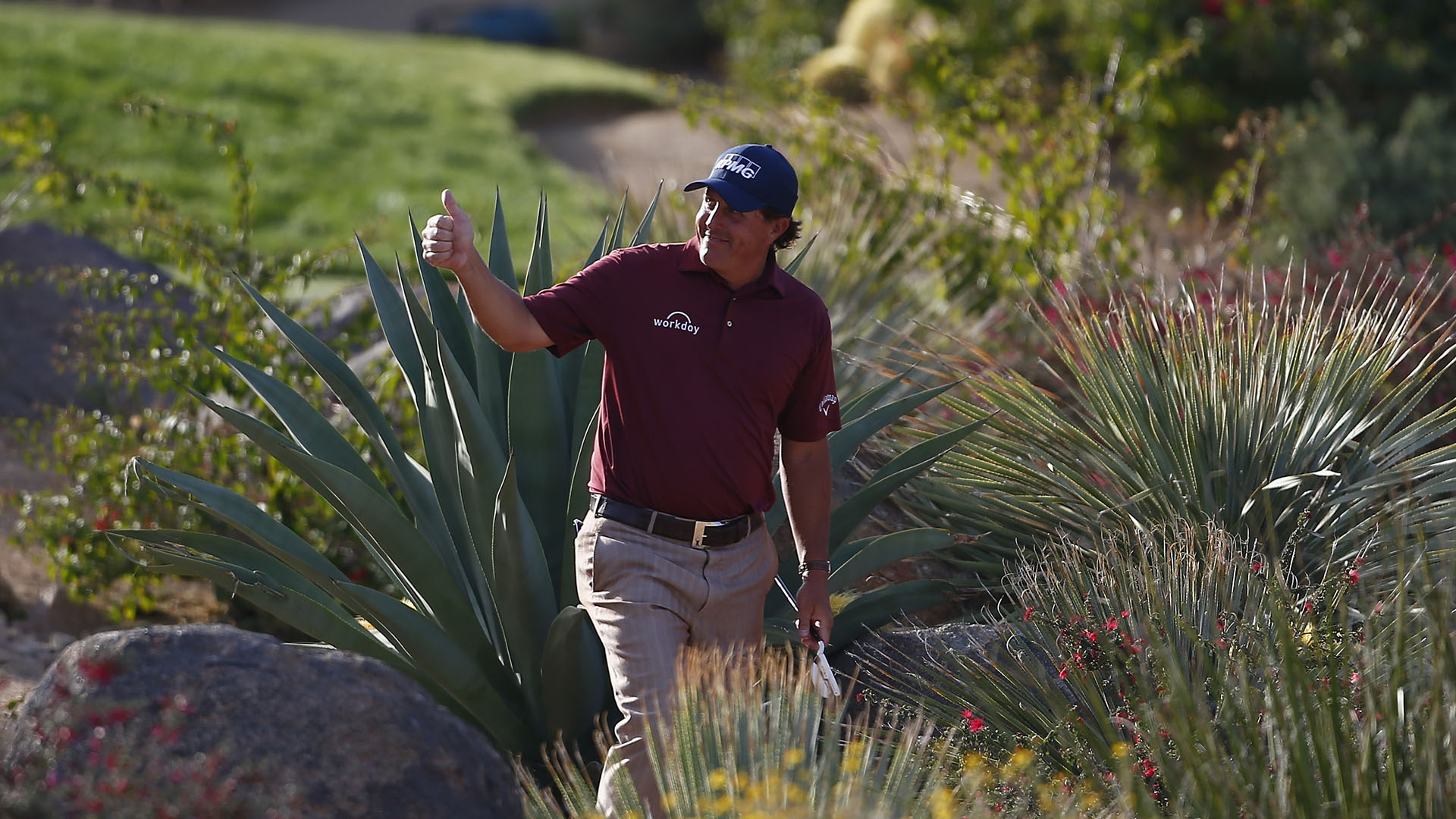 SCOTTSDALE, Ariz. – Steve Loy remembers the first time Phil Mickelson competed in the Waste Management Phoenix Open. The year was 1989, and Mickelson was an 18-year-old freshman on Loy’s Arizona State team. Tall and skinny with a unique sense of style and personality, Mickelson was equally talented and confident.

“Because he was young and already on his way to stardom, I just wanted him to enjoy the experience,” Loy said of Mickelson’s PGA Tour debut at TPC Scottsdale, which came before any of his three NCAA individual titles and 1990 U.S. Amateur triumph. “Of course, he wanted to win.”

With a popped collar and wide smile, Mickelson wasn’t deterred one bit by missing the cut in his first Tour start. Two years later, he won the Tucson Open as a junior in college.

Mickelson’s younger brother by seven years, Tim, knows that burning desire for victory all too well. As kids, it didn’t matter the sport.

“Football, baseball, basketball, he was confident he was going to win,” Tim Mickelson said. “I was half his size and it was going to be tough (for me to win) anyways, but yeah, he was always confident in his abilities and it transferred over to golf.”

Thirty years later, Mickelson hasn’t changed. He’s got 43 career PGA Tour victories to his credit, five of them of the major variety, and three that have come right here at TPC Scottsdale, the site of what will be Mickelson’s 30th career Phoenix Open start.

After Thursday, no player will have played the event more as Mickelson breaks his tie at 29 WMPO with Jim Ferrier, Jerry Barber and Gene Littler. If he makes the cut and plays four rounds this week, Mickelson will pass Littler’s record 107 rounds played. Should he win, what would be Mickelson’s fourth triumph in Phoenix, yes, that would stand alone, as well.

“Thirty years, gosh, I remember when I was in college, it doesn't seem that long ago that I was playing in my first Phoenix Open,” Mickelson said. “Just amazing how many great memories I have when I come back and play here.”

Mickelson still considers his first Phoenix Open win, in 1996, one of his career highlights. The tournament was played Wednesday-Saturday that year because of Phoenix hosting the Super Bowl, and Mickelson delivered in near-darkness by defeating Justin Leonard in a three-hole playoff.

During that final round, Mickelson recalls stiffing his tee shot on the famous par-3 16th hole, which was just a shell of its current self, infrastructure-wise, but already with a rowdy reputation.

“I hit this 7-iron, it was kind of dark, it was hard to see, and I hit the ball, launched it pretty high so nobody could really see it, and the ball came down and stuck 3 feet from the hole and didn't really release much,” Mickelson said. “But nobody could see the ball, and then all of a sudden it's 3 feet. So it was a very awkward, there wasn't any buildup to the applause. It was more of like a shock and delay, kind of like 12 at Augusta … I just remember that, that stood out to me as being something pretty cool, different, unique.”

The reel of highlights also includes Mickelson’s pair of close calls with 59. First was his second-round 60 in 2005. Then came a second 60, in 2013, when Mickelson’s final bid for his first sub-60 score on Tour lipped out on the ninth green.

And then there are the odd moments, including last year when Mickelson was swarmed by the crowd after sailing the 10th green with his approach shot. In typical "Phil the Thrill" fashion, of course, he got up and down to save par.

“That was one of the most uncomfortable moments that I can remember with that many people and being swarmed like that,” Mickelson said last year.

There certainly aren’t many times when Mickelson hasn’t felt comfortable at TPC Scottsdale. Since his debut, he’s played every year but one, and that was in 1990 when he was a sophomore at Arizona State. Mickelson's longevity in Phoenix is even more impressive when one considers that longtime NBC broadcaster Johnny Miller will retire this week after one fewer year in the booth, 29, than Mickelson's WMPO appearances.

“He's played here more times than I've been alive,” said 24-year-old Jon Rahm, also an ASU alum. “… When I was born he was playing his sixth tournament around here, so it's incredible. It shows with Phil how his commitment to tournaments and when he enjoys the golf course and a tournament he'll keep coming.”

Mickelson has a special relationship with the Phoenix Open, and not just because he’s notched 11 top 10s and earned more money here ($4,198,677.57) than any other tournament. He’s grown with the event. In 1989, 334,500 fans were on hand to watch Mickelson and the rest of the field. Last year, a record 719,179 attended what is now the Tour’s biggest party, headlined by a 16th hole that is now surrounded by nearly 300 skyboxes and a general-admission section that gives Oakland Raiders fans a run for their money.

“I think when I first started playing the tournament, I always felt this was a good golf course for me, always thought I would play well here and I always believed I would win this event,” Mickelson said. “One of the things that I could not have foreseen is probably the size, scale, scope of what this tournament has become. The 16th hole, what a famous and unique experience that is from a golfer standpoint, it's unlike anything we have.

“It was always special, but it became something bigger and larger than I think I ever thought possible.”

For a player with an anything-is-possible mentality like Mickelson, that’s saying something. 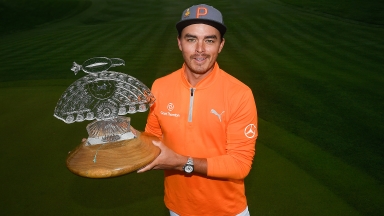 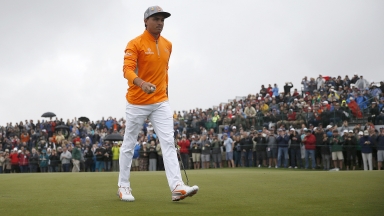